The first T20 International between India and Sri Lanka was abandoned due to wet patches on the track, with Assam Cricket Association (ACA) groundsmen failing to prevent the rainwater from seeping into the covers 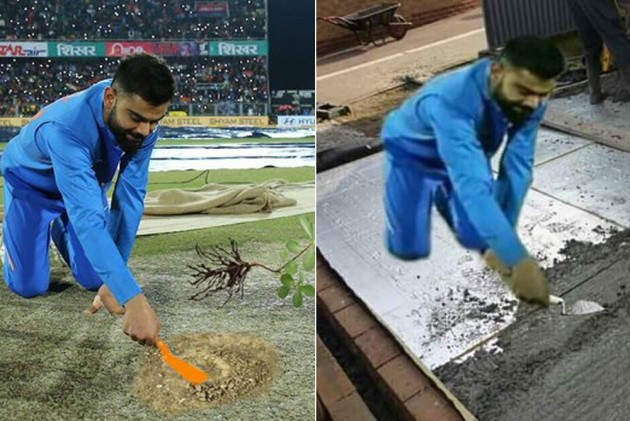 The first T20I match between India and Sri Lanka was called off without a ball being bowled after water seeped in through leaking covers at Barsapara Stadium in Guwahati on Sunday.

As It Not Happened | Cricket News

India captain Virat Kohli did win the toss and was ready to unleash Jasprit Bumrah, who's returning from an injury lay off. Then, it started pouring 15 minutes before the scheduled time. The rain spell lasted less than an hour but the ground could not be prepared in time.

Match officials held several inspections but the dampness on the pitch did not allow a single ball to be bowled, much to the disappointment of a strong 35000 crowd at Barsapara Cricket Stadium, which was hosting only its second T20I.

Kohli was also seen inspecting the pitches. In one of his stops, a concerned Kohli, sitting on his knees, checked the pitch. And soon, Kohli memes flooded the Internet.

Check out these funny memes:

Let's grow some crops till Guwahati gets another international match. #INDvsSL pic.twitter.com/KwiZBOHtj3

Girls before marriage : I would get married in a family where they would let me be independent and also let me be myself.

Fighting against time, groundstaff even used hair dryer and steam iron to dry the pitch after water seeped in through leaking covers.

But the match eventually called off by match referee David Boon shortly before 10 pm local time.

The second match of the three-match series is scheduled for Tuesday in Indore.