The world number 9 Indian pair of Satwiksairaj Rankireddy, Chirag Shetty lost 16-21 20-22 to the top seeds and world number one Marcus and Kevin of Indonesia to bow out of China Open 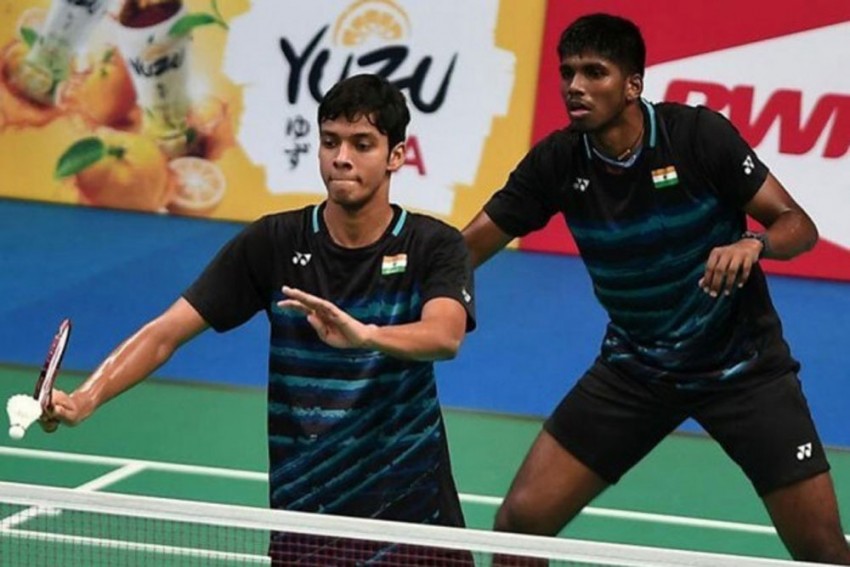 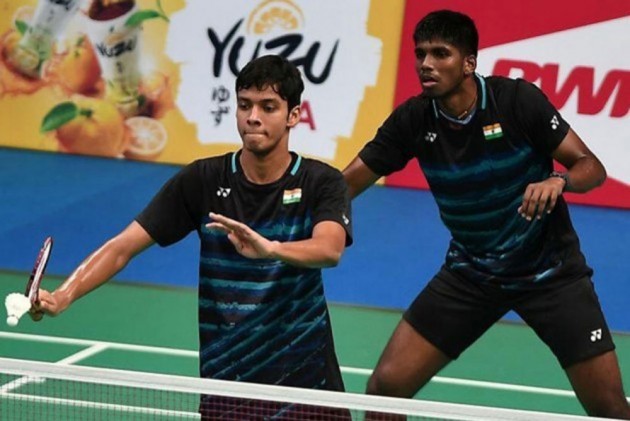 The Indian men's doubles pair of Satwiksairaj Rankireddy and Chirag Shetty's impressive run came to an end after they lost to three-time defending champions Marcus Fernaldi Gideon and Kevin Sanjaya Sukamuljo of Indonesia in the semifinal of USD 700,000 China Open at Fuzhou on Saturday. (More Badminton News)

The world number 9 Indian pair lost 16-21 20-22 to the top seeds and world number one Marcus and Kevin to bow out of the BWF World Tour Super 750 tournament here. This was the eighth successive loss for Satwik and Chirag against the Indonesian pair.

Satwik and Chirag, who had won their maiden Super 500 title at the Thailand Open in August before reaching the finals at the French Open Super 750, played their hearts out during the 40-minute final but it was not enough in the end.

This was Satwik and Chirag's third loss this year against the world number 1 pair.

The Indian duo opened up a 7-4 lead early on but they lacked the angles in their attack as their opponents managed to enter the break with a 11-9 lead after Satwik faltered with his return.

Kevin was simply brilliant near the net as the Indonesian duo quickly jumped to 14-9.

The Indonesian pair dominated the fast-paced rallies but Satwik and Chirag kept fighting to stay within an arm's distance at 15-17.

An error from Satwik gave their opponents five game points. The Indians saved one before Chirag sent one to the net to concede the opening game.

In the second game, Satwik and Chirag again had a 3-1 advantage before Marcus and Kevin clawed their way back and went neck-and-neck till 6-6.

The Indian pair moved to 9-8 and then Satwik displayed some immaculate defence during a long rally to grab another point.

But the Indonesian pair again clawed their way back to be at 10-10 and then held one-point advantage with Kevin once again in action.

After the break, Satwik and Chirag drew parity at 12-12 when their opponents went long.

The Indian duo managed to stay ahead at 16-14 and 18-16 before Marcus and Kevin grabbed back the lead with three quick points.

After some excruciating rallies, it was an error from Satwik that gave Marcus and Kevin the match point at 20-19.

The Indians saved one before handing another match point to the Indonesians, who sealed it this time to enter their fourth successive China Open final.

Despite the loss, it was an impressive week for Satwik and Chirag, who notched up some stunning wins, beating sixth-seeded Japanese pair of Hiroyuki Endo and Yuta Watanabe in the second round and outwitting third-seeded Chinese pairing of Li Jun Hui and Liu Yu Chen in the quarterfinals.