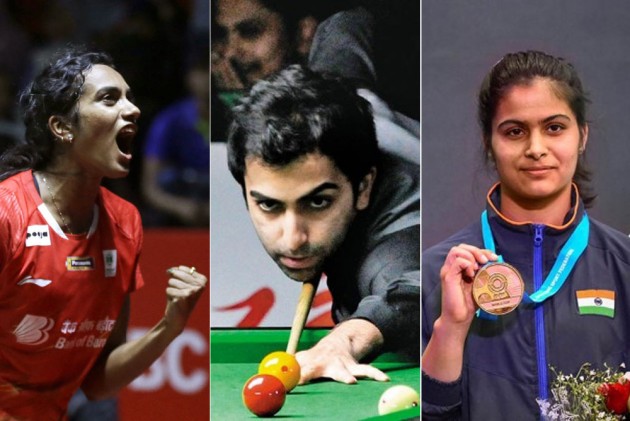 These are "Khelo India" times, with new programmes and promises to make the world’s second-most populous country a sporting super-power. Better late than never. Another edition of the Olympics, this time in Japan, is just seven months away. After the lost opportunities in Rio 2016 and London 2012, and four years of preparations, the Indian contingent will head to the land of the rising sun with new hopes and aspirations. But as the end of another year dawn upon us, we look at the best of Indian sports in 2019 -- the moments which made every Indian proud, and the achievements which will allow us to benchmark those ‘hopes’ with global standards. Cricket, oh yes, it will remain India's heartbeat. So, plenty to talk about it too but not necessarily here. (More Sports News)

India needs lot of world champions to establish itself as a true sports super-power. And PV Sindhu ticked one in 2019 – becoming the first Indian to win a BWF World Championship title in Switzerland when she defeated her bitter rival Nozomi Okuhara of Japan in a lopsided final in Basel. The Andhra shuttler won 21-7 21-7 in the summit clash.

Indian Test cricket team started the year by completing their maiden series triumph in Australia, which many considered to be their greatest achievement in recent times. Then, the Virat Kohli-led outfit whitewashed Bangladesh 2-0 to register their 12th consecutive series win at home for a world record. They have in fact taken a healthy lead in the inaugural ICC World Test Championship.

For Indian shooters, 2019 has been a revelation of sorts. They dominated the World Cups and the Season Finals winning 21 gold, six silver and three bronze medals(hyperlink). In the process, India have earned a record 15 Olympic quotas. And come July, a youthful but strong Indian shooting contingent featuring the likes of Manu Bhaker, Saurabh Chaudhary, Anjum Moudgil, Abhishek Verma, Elavenil Valarivan, etc will shoot for their dreams.

The diminutive Manipuri lifted four times her body weight at the World Championships in Pattaya, Thailand in September. She thus became the first Indian lifter to breach to 200kg mark (hyperlink) in the women's 49kg. She, however, missed out on a podium finish, at fourth. But with some smart planning, she can fight for a medal at the Tokyo Games.

Pankaj Advani -- Greatest Of Them All

Others are superstars, but Pankaj Advani is superhuman. He is India's most consistent 'world champion'. In 2019, the Pune-born cueist claimed his 23rd World title to complete a hat-trick of hat-tricks in billiards -- holding the World, Asian and Indian titles simultaneously in five different years in 2005, 2008, 2012, 2017 and 2019.

Competing in his maiden senior World Wrestling Championships, Deepak Punia settled for a silver after an ankle injury forced him to pull out of the final against Iranian great Hasan Yazdani. The Indian grappler is now ranked one in 86kg, and he will be the one to look out for at Tokyo Olympics.

Six months after moving up to 52 kg, Amit Panghal fetched India's first-ever silver medal at the AIBA Men's Boxing World Championships in September. He lost the title fight to Uzbekistan's reigning Olympic gold medallist Shakhobidin Zoirov, but made his mark by doing better than the likes of Vijender Singh, Vikas Krishan and Shiva Thapa.

Vinesh Phogat became India’s first wrestler to win an Olympic quota at World Championships in Nur Sultan. After losing her round of 16 in the 53kg, the 25-year-old girl from Haryana defeated Sarah Hilderbrandt of the United States, Yuliya Khalvadzhy of Ukraine and Maria Prevolaraki of Greece to win the bronze medal.

In September, Jasprit Bumrah became the third Indian to take a hat-trick in Test cricket, after Harbhajan Singh and Irfan Pathan, during the second Test against the West Indies at Kingston. In the two-match series, he took 13 wickets including figures of 8-4-7-5 in the second innings of the first Test at North Sound.