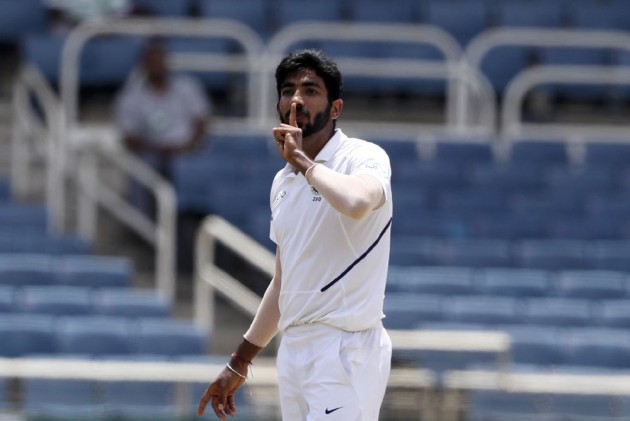 Jasprit Bumrah is on a cricketing high, and he is taking fans along on a delightful flight. After helping India clean sweep the West Indies in the just concluded two-match series, cricket fans in the Caribbean are singing songs in praise of the pacer, with some even invoking names of different rum brands. Yes, like cricket, this brew made from sugarcane is inseparable from the Caribbean culture. Rum has got something to do with everything. (More Cricket News)

In the two matches, the 25-year-old picked 13 wickets, including a hat-trick and two five-wicket hauls. In the process, he also became only the third Indian bowler to take a hat-trick in Test cricket after Harbhajan Singh and Irfan Pathan.

“I think he’s [Bumrah] like Appleton, smooth, it’s like drinking juice, you won’t realise it until the head starts spinning... How can you generate such speed from this run-up? You think he’s harmless like your old fellas, but then he hits you. He’s got a lot of power, eh? He Indian? Is he human?” He then arrives at a firm conclusion: “He’s an Indian with a Jamaican soul,” The Indian Express quoted a West Indian fan as saying.

“Yeah man, they makin’ us drink more. You cant’ watch them without some rum. They givin’ us headache. This man Bumrah, he’s like rum, hits you fast,” the fan added, before coming to his conclusion: “He’s an Indian with a Jamaican soul.”

Also Read: Bumrah Admits He Has A Lot To Learn

In the first Test in Antigua, Bumrah picked up six wickets, including figures of 5/7 in the second innings as India shot Windies out for 100. In the second Test, he picked up seven wickets.

Other fans brought up names of different names of local rum brands like Coruba, Wray and Nephew, etc. But they all have one common thing to say, that, Burmah sure gave Windies batsmen hangover, and left with a headache.

Also Read: Kohli Hails Bumrah As 'The Most Complete Bowler In The World'

Thanks to his brilliant show against the Windies, Bumrah rose four spots to number three in the latest ICC Test rankings.

He has achieved a career-best rating points of 835 and is only behind South Africa's Kagiso Rabada (851 points) and Australia's Pat Cummins (908 points).