What Has The World’s Third Largest River To Do With Malnutrition?

As a historian tells the story of the Ganga in a new book, we connect the dots to see where mindless destruction of nature can take us

More from Damayanti Datta
View All

From the icy summits of the Himalayas, it flows into the Bay of Bengal. The Ganga is one of the world’s largest rivers, worshipped by millions in India as a symbol of divinity. But with one-tenth of humanity relying heavily on its waters, the beloved river is also one of the most polluted on the planet.

Historian Sudipta Sen’s new book, Ganges: The Many Pasts of an Indian River, weaves together geography, ecology and religion across thousands of years. For the Outlook Poshan team, however, it is an opportunity to do a reality-check. Lifeline rivers like the Ganga are at the heart of the scientific query: why do even well-fed children in India get afflicted with malnutrition? 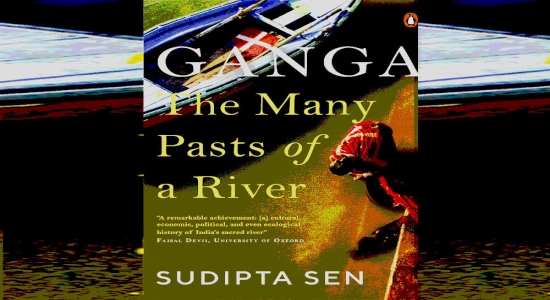 How many people depend on the river every day? The Ganga basin is one of the most populous regions on earth. With over 30 cities, 70 towns and thousands of villages along its 2,525 kilometres, more than 450 million people—at an average density of over 550-900 per square kilometre—depend on the river, for every aspect of their life, especially for domestic use and irrigation, reports the World Wildlife Fund.

They pray, bathe, defecate, drink, wash and cook with the water or wade in and out for any and every reason, passing nearly all their collective dirt and sewage, over 1.3 billion litres a day, directly into the river. They also cremate their dead near the river—over 30,000 on the ghats of Varanasi alone—sprinkling ash or simply dumping bodies, including thousands of cattle carcasses, directly into the waters.

Over 940 dams, barrages and weirs suffocate the river system, greatly diminishing its flow, damaging the ground water and soil along the river. With hundreds of industries lining the banks, 260 million litres of industrial wastewater, largely untreated, pour in, along with runoff from the more than 6 million tonnes of chemical fertilisers and 9,000 tonnes of pesticides annually in the river basin. No wonder, the Ganga carries one of the highest sediment loads in the world, 1.6 billion tonnes compared to 0.4 billion tonnes in the Amazon.

A river in trouble puts millions of lives in trouble, too. Researchers have always linked lack of nourishing food to child malnutrition. In the last few years, however, that narrative has changed. From 2014, the Unicef, the World Health Organization and the World Bank have been talking about how poor sanitation and hygiene may cause more than half the world’s stunting problems.

Pathogens and worms from faeces spread life-threatening diseases like diarrhoea, cholera, typhoid, schistosomiasis and trachoma. When children get exposed to an overload of bacterial antigens, their bodies divert energy and nutrients to infection-fighting and survival, not to growth. When this happens during the first two years of life, classic symptoms of malnutrition—stunting, wasting and underweight—set in, permanently, no matter how much food they eat.

What about faecal matter in the Ganga? A dip in the Ganga during the Kumbh 2019 has exposed people to levels of faecal coliform (FC) bacteria (found in excreta that contaminates water through untreated sewerage) 5-13 times more than the permissible limit. Pollution levels are always high around holy sites, shows Central Pollution Control Board (CPCB) data. Of the five states through which the Ganga flows—Uttarakhand, Uttar Pradesh, Bihar, Jharkhand and West Bengal—water quality is abysmal in Bihar and Uttar Pradesh, mostly because of faecal pollution. West Bengal, too, shows high levels of FC contamination.

Prime Minister Narendra Modi’s Swachh Bharat Abhiyaan, the largest toilet-building programme in history, may have brought down open defecation significantly, but census data shows that with rapid population growth most Indians are being exposed to more human waste than ever before. Apart from building more toilets, India needs to address the massive challenge of cleaning the national river. After three decades of efforts, the river is not even fit for bathing, according to a map of Ganga water quality by the CPCB in 2018. The Ganga Action Plan I of 1986, has not worked. Now the Namami Gange, the biggest-ever initiative at Rs 20,000 crore, has overshot its deadline.

Nothing will change without changing mindsets. Sudipta Sen, professor of history at the University of California, Davis, has told the fascinating story of the Ganga, its mythic origin, significance across centuries, identity and ecology of the river. Published from Yale University Press in January 2019, the book has been made available in India by Penguin Viking.

In an interview with Penguin on the writing process, the author has said: “I want to remind my readers how the history and ecology of the river have at times been almost taken for granted over the last five decades since India’s independence, amounting to a historic neglect of the environment and ecology that has sustained and been sustained by this great river.” He feels that if there is a genuine groundswell of concern and outrage about the state of the Ganga, India can still stem the tide of contamination and overuse: “I believe the new generation can make a difference.”

For Outlook Poshan, the book is yet another occasion to bring to light the new-found linkages between pollution and malnutrition. We invite readers to take a dip into the book and understand for themselves what humans stand to lose when nature is destroyed.