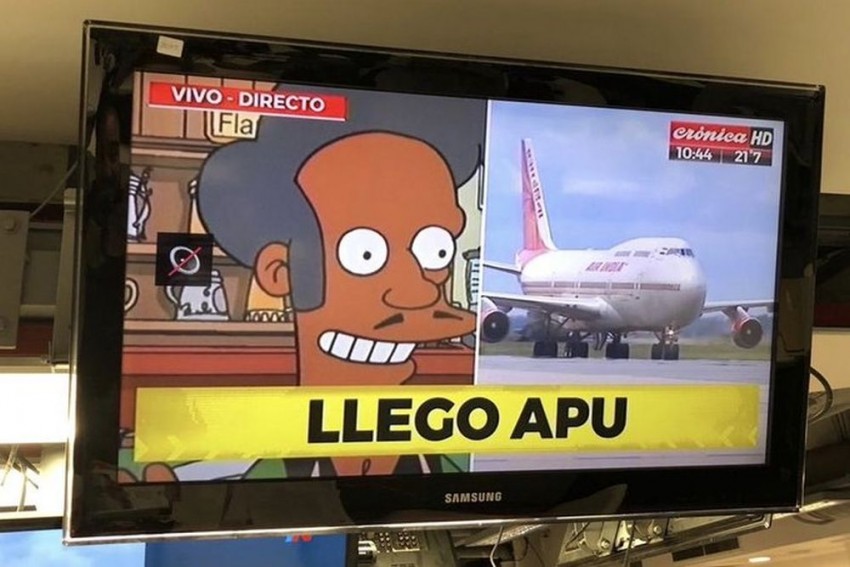 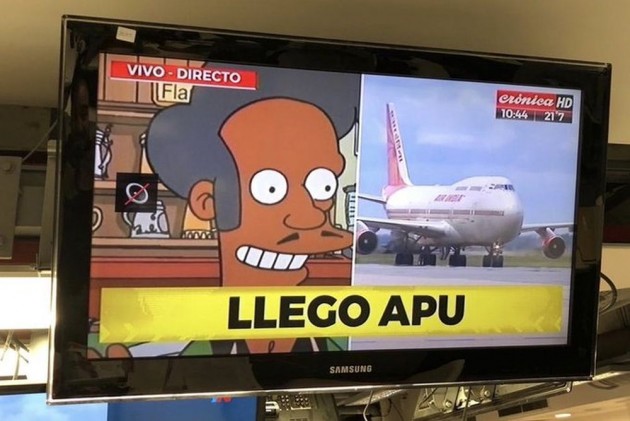 An Argentine news channel Cronica TV has faced backlash after displaying an image of Apu from The Simpsons as the Indian Prime Minister arrived in Buenos Aires, the BBC reported.

Apu Nahasapeemapetilon, an Indian character has been part of the animation series since 1990 and is played by Hank Azaria, a white actor who puts on a heavy Indian accent. The character has been the centre of debates on the accusations of racial stereotyping, the report said.

Indian-American comic Hari Kondabolu, who made a documentary about the character in 2017 called The Problem of Apu, tweeted a screengrab of the Cronica TV images with the caption: “This couldn’t be true, right?”

This couldn’t be true, right? https://t.co/xiEzNgpXip

Mr Modi's arrival at the G20 was not the only one to stir up social media controversy. When French President Emmanuel Macron arrived on Thursday he was greeted by an empty runway, as the Argentine delegation had not arrived on time to meet him, the BBC report said.