Make-In-India Tips From The 80s

In all its wisdom, the Modi government has turned to start-ups. But what about those who have already 'started-up'? 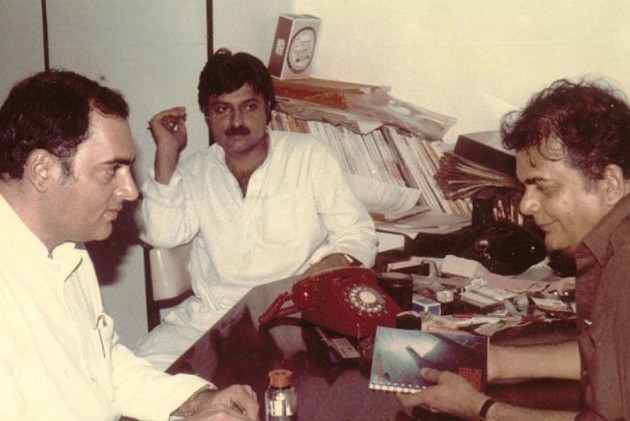 The 'Make in India' initiative during the 1980s, which resulted in rapid growth of the Electronics and IT sectors, had a quiet beginning unlike the present one, which began as a magnificent media event on September 25, 2014. However, our efforts in the 1980s resulted in rapid growth in manufacturing of Electronics in the country. The main driver for growth then was change in the landmark Electronic Policy announced in the Parliament by Mrs Indira Gandhi on August 26, 1983, thereby abolishing the practice of government licensing for the consumer and industrial electronic sector. This revolutionary change was later followed by several path-breaking policy measures inducted for the growth of the software sector throughout Prime Minister Rajiv Gandhi's tenure.

The results were very impressive. From 1983 till 1990, India's electronic industry output grew eightfold in those 6 years, registering an average annual growth of over 40 per cent! BPL, Sharp, Videocon, Onida, Uptron, ET&T and others grew to be strong competitors, making over 1.3 million television sets, calculators etc. The SME sector was given a push, with the government assisting hundreds of units under the MTB Scheme by providing, for free, proven technology, product design and even full sets of components and parts at low prices, by passing on the benefits of bulk purchase, a benefit that SMEs always lacked.

Participating units were allowed to brand their output with a common ET&T brand, which was promoted centrally through electronic media. The products covered were B&W and colour television sets, personal computers and later, the CDOT Digital Exchanges. Thousands of ET&T's PCXT, People's Computer, offered at Rs 10,000 including three SW packages helped the growth of computer culture. Software policies underwent sharp changes to enable fast-paced growth of software export services; and to enable it speedily, we set up India's first-of-its-kind Software Parks at Bangalore, Pune, Bhubaneshwar and Delhi.

Rajiv lost the election in December 1989 and I returned to Mumbai. Soon afterwards came the blow in 1991, thanks to Dr. Manmohan Singh's prescription for economic growth, which all but destroyed the manufacturing industry in India. Most of the manufacturers disappeared one after the other during the Nineties. The software industry survived as no manufacturing was involved. It has always been selling man-hours at high prices.

The thrust on 'Make in India' of the 1980s dates back to a late evening of October 1982 in Rajiv Gandhi's living room at 1, Akbar Road. That evening I was with Rajiv, bitterly complaining about some policy announcement by the Department of Electronics. Suddenly, Indiraji walked in the room; probably because my protest was too vociferous! Smiling, Rajiv told her, "Prabhu is complaining about the Department of Electronics." She asked, "What's wrong Prabhu?" After all, she was also holding the Electronics portfolio. I said politely, "Madam, I do not want to say what's wrong, but if you give me a suitable time, I would like to suggest a few policy reforms to rapidly advance the growth of electronics and its wider usage". She smilingly said, "I have time, tell me now" and sat opposite me.

I was completely unprepared, but had clarity about the issue. I said, "We should do away with the policy of industrial licensing of consumer and industrial electronics. The government need not control production volumes through licensing capacities. Why do we need to tell how many television sets Philips can make or how many switchgear components L&T should manufacture? Let the market decide the size."

She stopped me and pointed out the need to regulate high foreign exchange consumption by this sector. I said, "Madam, currently giving dollars to this industry is increasing our revenue since every US dollar we give, fetches over Rs 36 of revenue, while the exchange rate is a mere Rs 12. We should therefore encourage such use." I further added, "Widespread use of mass media like the television would help us create an informed society, since we have a massive problem of adult illiteracy on hand. We have just witnessed how your decision to allow colour television network has been enthusiastically received by our people."

I talked for almost 20 minutes, pointing out that consumer electronic products would also help us in mopping black money and bringing it back into the system. I told her about the global recognition of Indian software skills, especially in UNIX programming, and the scope for India to follow China and compete with them with our low cost, skilled labour. I also spoke about the need to progressively reduce import duties, so that the industry could export without complexities like refund of duties, taxes etc. After I finished, she smiled and said, "Why don't you write a detailed note, Prabhu? Elaborate the points you made. I think we will consider and make changes"

I returned to Mumbai, but did nothing regarding the note. Three weeks later, the PMO, called and reminded me that the PM was waiting for my note. Finally, in early February, I put together a comprehensive note. When I met her next, Mrs. Gandhi complained that I had taken too long a time. She said that she couldn't include it in the forthcoming budget, but would do so during the next session of the parliament.

After the new policy was announced, we called 50 CEOs of electronic industries in India on August 26, 1983 to meet Rajiv Gandhi and to link that policy initiative to Rajiv. Amongst those who attended the meet was Ratan Tata, the then chief of NELCO.

It was during early 80s that Rajiv and I found Sam Pitroda. We discovered him when he wrote to Mrs Gandhi in early August, 1981. He had expressed his desire to come to India and help in developing Rural Digital Telephone Exchanges. Mrs Gandhi sought my comments over it. Later, we became aware that Pitroda had sold his telecom business in the US at a good price and wanted to contribute his knowledge to India's telecom sector. After reading his proposal, I endorsed it readily, but for various reasons, Mrs. Gandhi was reluctant to take it further.

Finally, it was only during Rajiv's tenure that we could give him his chance to develop rural digital exchanges in spite of strong resistance by the DoT. The deal we offered gave him 36 months and Rs.36 crore to achieve it. Thus CDOT was born. Sam did a great job in small size exchanges up to 2000 lines, even though the objective of delivering 10,000 line exchanges was not met. Within 15 months, CDOT could demonstrate direct international calling from a village in UP, using CDOT's dust tolerant 500 line Rural Digital Exchange. Later he was moved to lead the 'Technology Mission', then a high profile initiative.

I believe that the current focus of 'Make in India' is good. They have effectively focussed on multinational companies to begin with. It is always glamorous to begin with big numbers. After that, the focus should have turned to SMEs which have 'started up' a while ago and are in need of help. But the government, in its own wisdom, has first turned to 'Start Ups'; giving easy funds and assuring them that failure to develop is a part of learning. Such an easy escape route was not available to entrepreneur 'started-ups' who have stayed on with grit till they succeeded! Why not listen to them to understand where their growth is hurting. Indeed, it is so very right to innovators but such escape route may become a comfort zone!

The government rightly wants to support creativity and innovation but let us do it across the board. Performing SMEs can grow if their handicaps are removed. If new foreign-owned firms are given power at a price of Rs 2 per unit, how can state deny the same to an Indian SME? I am sure it is challengeable since those Indian firms pay 13 per cent interest are denied level playing field. There is reason to believe that the present government wants manufacturing to grow. I hope that they will see the reason and quickly put in place policies that help existing industry to grow rapidly. The ready industrial base cannot be ignored.

P.S. Deodhar is Former Chairman, Electronics Commission of India and was an advisor to the (late) PM Rajiv Gandhi