During his unbeaten 157-run knock, Kohli showed fans a full range of his expressions. 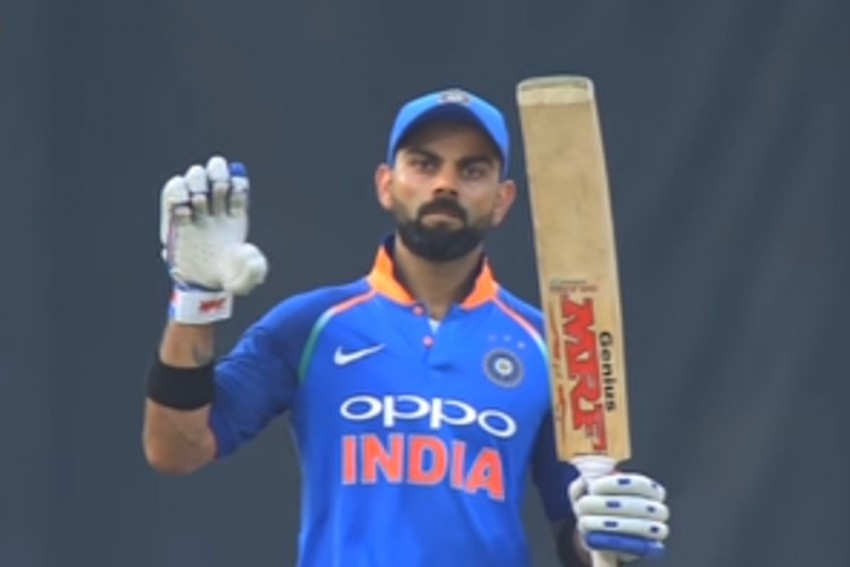 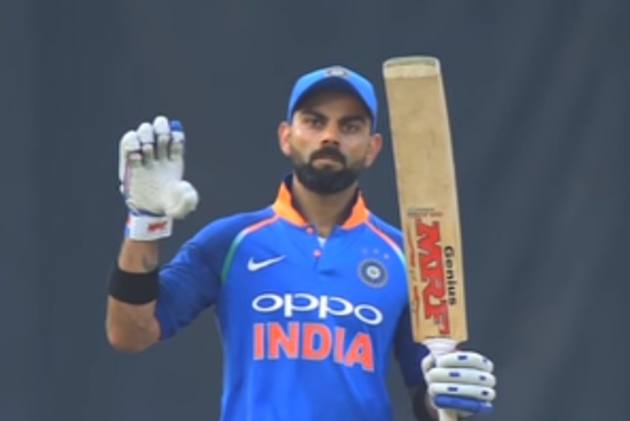 Virat Kohli on Wednesday became the fastest batsman to score 10000 ODI runs during the second match against the West Indies at Visakhapatnam.

Kohli brought up the 10000th run off the third ball of the 37th over, bowled by Ashley Nurse. He thus became the fastest to reach the mark, only taking 205 innings.

Little later, the skipper scored his 37th hundred in the format mark India's 450th ODI match at a venue where he has previously scored 118, 117, 99 and 65 in four innings.

During his unbeaten 157-run knock, Kohli showed fans a full range of his expressions.

One was his 'bat does the talking' sign. Watch it here:

A little while ago, he simply raised the bat after reaching 10000 ODI runs, then humbly accepted MS Dhoni's congratulations.

India set a 322-run target for the Windies.