India and Myanmar today signed 11 agreements in a range of sectors, including one on maritime security cooperation, to further strengthen their multifaceted partnership. 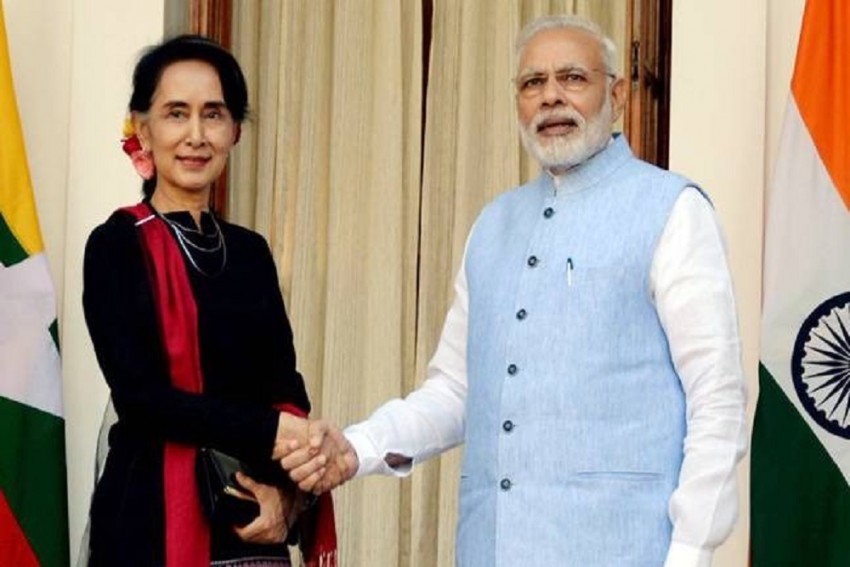 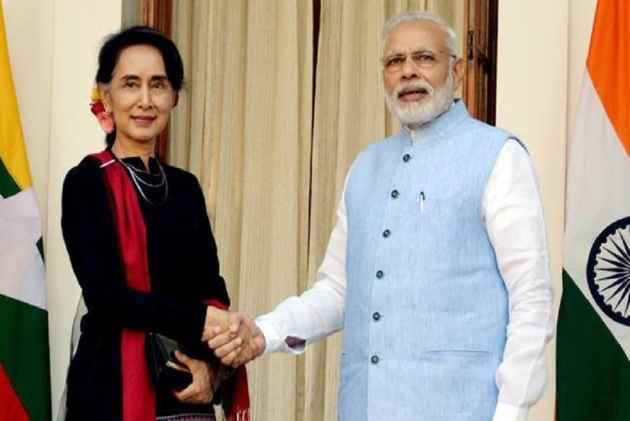 India and Myanmar on Wednesday, signed 11 agreements in a range of sectors, including one on maritime security cooperation, to further strengthen their multifaceted partnership.

The 11 MoUs also include one between the Election Commission and Union Election of Myanmar, the national level electoral commission of Myanmar. An MoU was also signed to organise cultural exchange programme for the period 2017-2020, according to a statement issued by Ministry of External Affairs.

The two countries also signed agreements on cooperation between Myanmar Press Council and Press Council of India, extension of agreement on the establishment of India-Myanmar Centre for Enhancement of IT skill.

They also signed agreements to cooperate in 'Medical Products Regulation' and in the field of health and medicine.

They also signed an MoU on enhancing the cooperation on upgradation of the women's police training centre at Yamethin in Myanmar.

Modi arrived here on the second leg of his two-nation trip during which he travelled to southeastern Chinese city Xiamen where he attended the annual BRICS summit and held talks with Chinese President Xi Jinping, Russian President Vladimir Putin and other world leaders.

This is Modi's first bilateral visit to Myanmar. He had visited the country in 2014 to attend the ASEAN-India Summit.

Myanmar is one of India's strategic neighbours and shares a 1,640-km-long border with a number of northeastern states including militancy-hit Nagaland and Manipur.