We Never Thought He Would Join Militancy, Says Stunned Father Of Jaish Militant 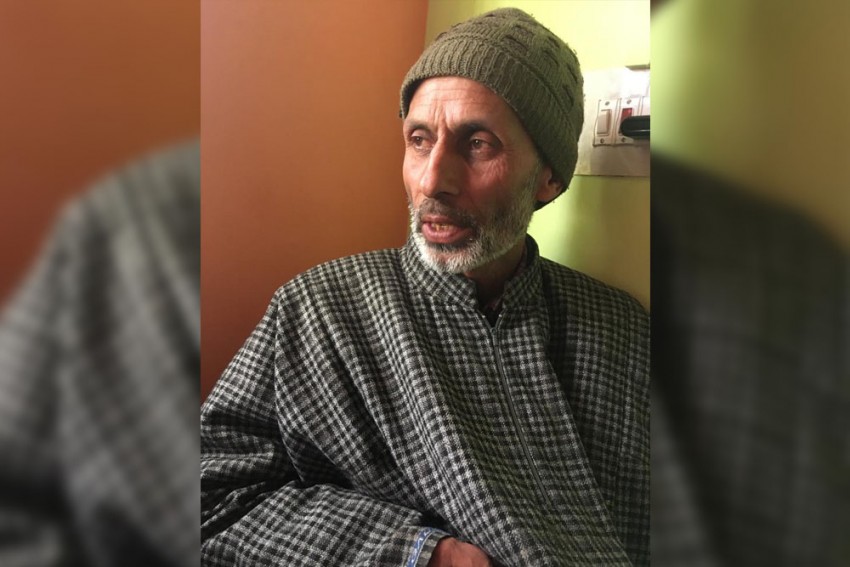 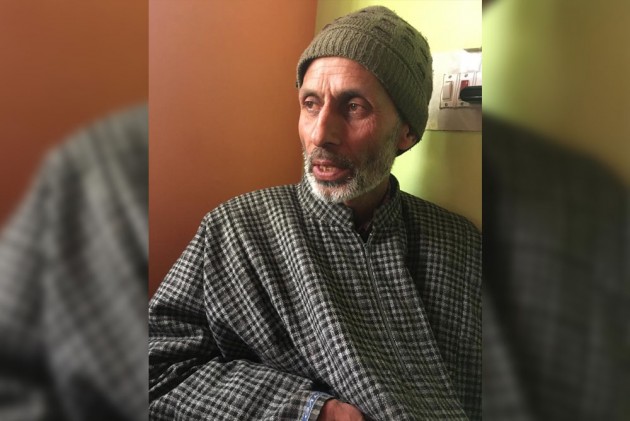 Sitting in a corner of a room in his house at Gandibagh in Pulwama, Ghulam Hassan Dar, father of Jaish-e-Mohammad militant, 19-year-old Adil Ahmad Dar, said he never had any idea that his son would join the militants.

Hassan said his son was not interested in stone pelting, was a fan of  the Indian cricket team and was working as a day labourer and studying at the same time. "We never thought that he would join militancy," Hassan said.

Hassan said his son left home as usual for labour work on March 19 last year along with his uncle’s son, 21-year-old Sameer Ahmad Dar. He went missing after that.

“We never thought that they would join the militants. They had never given any such indication,” Ghulam Hassan, who works as a farmer told Outlook.

Hassan said that on March 23, 2018, they filed an FIR about their missing son in the police station. “Since then my son had called once on phone to his mother, who couldn’t bear his separation and had wept. They had talked for two minutes and then he cut the call,” he said, as villagers visited the family to express their condolences.

According to Hassan, his son had passed the Higher Secondary Part II examination but was working at the same time as labourer with a mason, a carpenter, with Kashmiri cooks and also in a saw-mill to make apple boxes.

In 2016 his son sustained a bullet injury in a neighbouring village when he was rescuing one of his friends who was injured in the protests that year. “He was in hospital for a month and bed ridden for a year. Once he recuperated, he was doing fine,” he said.

After his son went missing on March 19 last year they searched for him for a month and hoped that he would return, but he didn’t. After it was confirmed that the two had joined militant ranks, the army raided their house four times, Hassan said.

“But during all these raids the Army didn’t harass us. They behaved nicely with us. Why should we lie about it,” said the father.

“It is also true that the army insisted that we make efforts to bring our son back,” he added.

One of Adil’s relatives, Touseef Rashid Dar, had also left home to join the militants last year, but he returned after 14 days. “At present he is in jail under the Public Safety Act (PSA). The Army and the SOG (Special Operations Group of police) took him and kept him one month in the SOG camp and then he was booked under the PSA, and he is in jail for the past three months,” he said.

In 2016, one of  Adil’s cousins, 21-year-old Manzoor Ahmad Dar, was killed in an encounter with the security forces in Newa area of Pulwama. Manzoor was with the Lashkar-e-Taiba (LeT).

“But Adil never talked about his killing or ever complained about his being hit by a bullet,” said Abdul Rashid Dar, an uncle of Adil, who was sitting with his brother Ghulam Hassan.

Hassan said the police called him about 4:30 p.m. on Thursday and informed them about the Pulwama attack and also about Adil.

“I had this realisation that he might get killed in an encounter, but not this,” said Hassan.

He said the life of every person is precious, whether it be of the CRPF personnel or of his son. He blamed the politicians for such killings. “It is pain all around. They were human beings. They have a family and children,” he added.

“Whether it is policeman or a CRPF, in the end it is human beings who get killed.”

He said that politicians like Mehbooba Mufti and Farooq Abdullah were “doing politics” over the terror strike. Hassan said India and Pakistan should talk to each other and find some solution to the Kashmir issue.

According to local youth, Adil was a great fan of the Indian cricket team while his cousin Yasir was doing his Post Graduation from the University of Kashmir. They said Adil would fight with others for the Indian cricket team. “But we didn’t  know that he would go with the militants. You don’t know anyone’s ideology here,” said some of his friends, who had come to express condolences with the family.