The Haryana police on Saturday said it had found no proof to support the allegations during its probe. 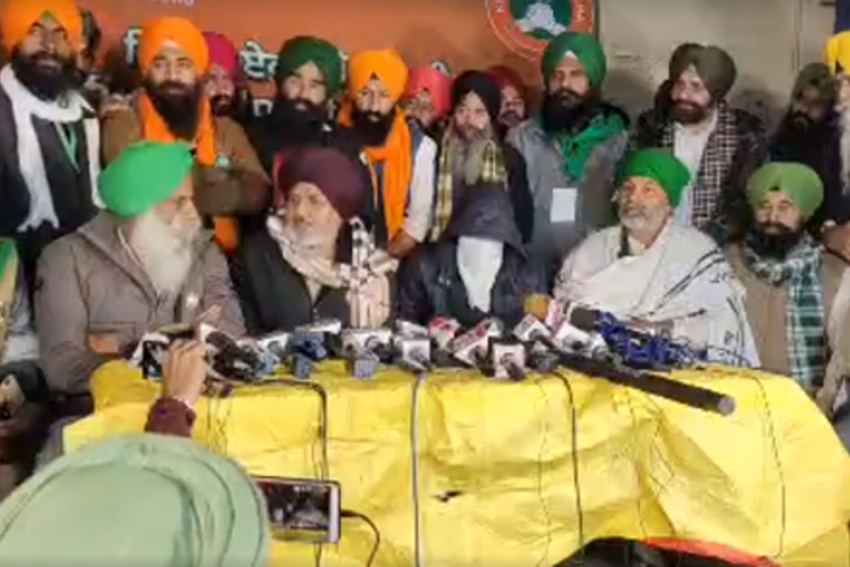 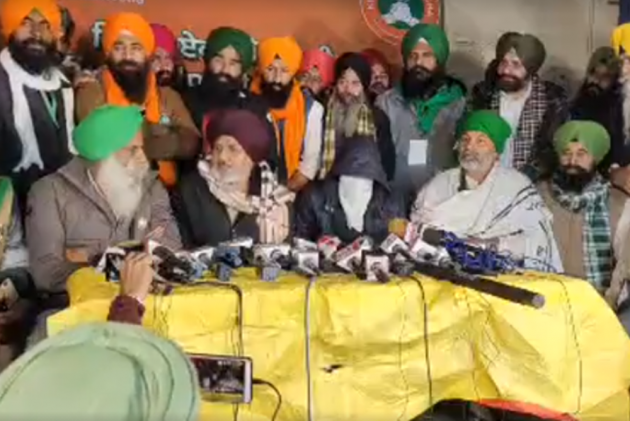 A day after the farmers protesting at Singhu border caught hold of a man who claimed a plot to disrupt the farmers’ plan of holding a tractor rally on January 26, the Haryana police on Saturday said it had found no proof to support the allegations during its probe.

At a press conference late on Friday at Singhu border, the farmer leaders had accused the youth of being involved in a conspiracy to kill four of them and create disturbance during their proposed tractor parade in Delhi on January 26. They had later handed him over to the police.

The police said the youth had claimed that he "cooked up" the conspiracy story under fear after some volunteers at a protest site caught him and accused him of eve-teasing.

Superintendent of Police Jashandeep Singh Randhawa said the youth, identified as 21-year-old Yogesh Rawat from Sonipat, was being questioned and had not been arrested.

During preliminary investigation, none of the claims made by the youth were found to be true, Randhawa said at a press conference late on Saturday evening at Sonipat.

“On January 20, he had gone to Delhi to meet a relative and he returned in the evening. There is one Prem Colony on GT road, a protest site of the farmers, where he took street food. Over there, he had some argument with some volunteers and according to Yogesh, they levelled allegations that he was teasing some girls. Later, these volunteers took him to a camp.

“The youth told us that he was later beaten. We got his medical examination conducted and there are some marks on his back, which he said was due to the beating," the SP said.

He said Rawat's father is a cook and his mother does dishwashing. Earlier the youth was working in a factory in Sonipat, but lost his job during the corona pandemic, he said.

"We are also questioning his family members including parents, brother, his friends, his ex-employer. So far, no criminal record has come to the fore,” he said.

Replying to a question, SP said that “because of fear he cooked up this story.”

Asked if he cooked up the story by himself or was under pressure from farmer leaders, he said, “Some part of it was tutored and the rest he made it up by himself”.

He said that allegations made during the press conference included that one of the SHOs of Sonipat police had put him to the task was not true as there was no cop with that name in the entire Sonipat district.

Another allegation was that he was receiving calls from some landline phone, but no such proof was found, he said.

The SP said that during the press conference of the farmer leaders on Friday, various allegations included that the youth had supplied arms and weapons in this stir and someone had put him on the task to disrupt the agitation.

A special team was constituted under DSP Vipin Kadyan to probe the matter, he said.

“We carried in-depth investigations of who all he came into contact with during the past four months, but so far we did not get any proof to back any allegation which has been made (in the press conference),” he said.

Earlier in the day, a video purportedly of Rawat had surfaced, in which he is heard claiming that he had made various statements during Friday's press conference after being caught and "cooked up" the story because he was badly thrashed. He said he wanted to narrate the facts to the police so that he could be free.

However, Randhawa said that the video was not made by the police.

To another question, he said that Rawat was currently being questioned.

"We have not arrested him, we are only questioning him and he is cooperating... As allegations are from both sides, we are investigating the matter deeply," he said.

Asked about the allegation of farmer leaders, he said, “Since they had levelled some allegation on police as well, we have written to Deputy Commissioner and asked for a probe by SDM as well.

"When the probe is completed, whosoever is found guilty will be dealt as per law.”

At the Singhu border press conference late on Friday night, the farmer leaders presented the youth who claimed that his accomplices were asked to pose as policemen and baton-charge the crowd during the proposed tractor parade in the national capital on Republic Day.

Farmer leader Kulwant Singh Sandhu alleged that attempts are being made to disrupt the ongoing agitation against three farm laws.

Thousands of farmers, mostly from Punjab, Haryana and western Uttar Pradesh, have been camping at several border points of Delhi since November 28 last year, demanding a repeal of the three farm laws and a legal guarantee to the minimum support price (MSP) for their crops.

However, the protesting farmers have expressed their apprehension that the new laws would pave the way for eliminating the safety cushion of MSP and do away with the "mandi" (wholesale market) system, leaving them at the mercy of big corporates.