'Already Engaged With China To Peacefully Resolve It': India On Trump's Offer To Mediate Ladakh Standoff 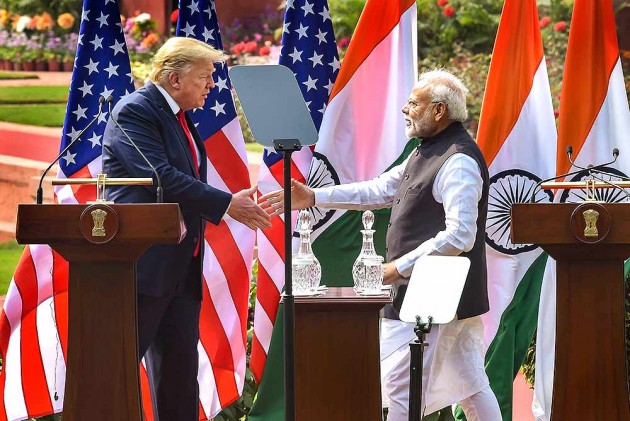 India and China have established mechanisms on military and diplomatic levels to resolve border issues through talks, the Ministry of External Affairs (MEA) said on the latest standoff between the two Asian superpowers in the Ladakh region.

On Trump's tweet expressing willingness to mediate the ongoing face-off between the two countries, Srivastava said, "We are engaged with the Chinese side to peacefully resolve it," said, replying to a volley of questions at an online media briefing.

"Our armed forces scrupulously follow the consensus reached by leaders and guidance provided by them in border management," the ministry was quoted as saying by PTI.

Srivastava said that Indian troops have taken a very responsible approach towards border management. Indian troops are strictly following procedures laid out in bilateral pacts with China to resolve the issue, he added.

Also Read: All You Need To Know About India-China Standoff In Ladakh

In the middle of a tense border standoff between India and China, Trump on Wednesday said he was "ready, willing and able to mediate" between the two countries.

"We have informed both India and China that the United States is ready, willing and able to mediate or arbitrate their now raging border dispute," Trump said in a tweet.

Over the past 10 days, China has built a stranglehold on a large part of the Galwan valley which includes a portion of Ladakh region. Chinese troops have entered 3-4 kms into Indian territory.

The Galway valley was an area of stiff standoff during the 1962 war with China. This is China's first attempt to make alterations on this part of the Line of Actual Control since the sixties.

India has moved a large number of its troops to the disturbed area to counter Chinese movement in an area which is above 14,000 feet.