India Needs To Be Concerned About Inroads China Making In Our Neighbourhood: Ex-Foreign Secretary Shyam Saran 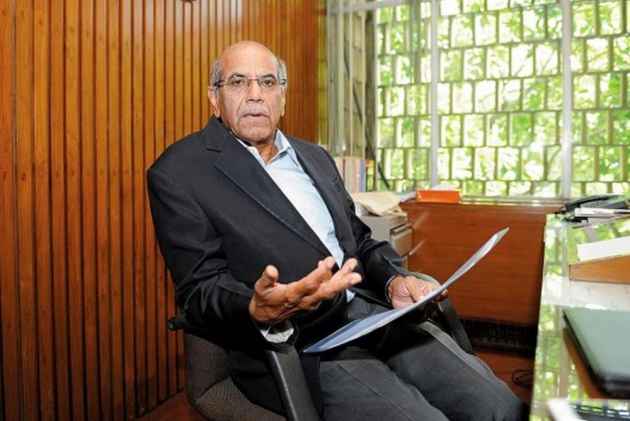 Former foreign secretary Shyam Saran has warned that India should be concerned about the “inroads” China is making in its neighbourhood.

Seaking at a session on "India and the World" at the Jaipur Literature Festival, Saran also said India must work more closely with countries like the US, Japan and Vietnam to counter Beijing’s rise and “unilateral assertion.”

The challenge for diplomacy today is how to construct a foreign policy that respects political boundaries but also transcends them, and brings about the commonality which is fundamental to the rational, cohesive security perspective that India should have, he said.

“We have to acknowledge the fact that China has emerged as a great power, whether it is in terms of its economic or military capabilities and even scientific and technological capabilities," he said.

The rise of China, he added, is going to be a defining challenge for India.

“We need to be concerned about the inroads that China is making in our neighbourhood. There are roads coming up from Tibet in Nepal, linking up the East-West highway when the roads which link India with Nepal are not in good repair,” he said.

The 71-year-old former diplomat, considered an expert on China, said bilateral ties will get further strengthened with a new government in Kathmandu.

China might get a new consulate in Pokhara, he said. Tt might get a couple of banks in Tarari next to our border. It is also building a huge project in Lumbini, the pilgrimage tourist spot, Saran pointed out.

"So you will see a larger presence of China in Nepal and it is beginning to influence the domestic politics there, just as in Sri Lanka with respect to the Hambantota port. It is going to be the reality for several years whether we like it not,” Saran said.

Saran said his deep suspicion about the rise of China stems from Beijing’s unilateral assertion and its disregard for other countries’ concerns.

“I am deeply concerned at the implications of the rise of China… It is not so much about the rise of China as it is about the unilateral assertion. The unwillingness to consult, to take into account the concerns of other countries is what is worrying. We need to work with countries like Japan, Australia, the US and Vietnam to challenge this unilateralism,” he said.

Noting that frontiers were becoming less and less important, Saran said countries which can handle cosmopolitanism are going to be successful.

“I am worried at the resurgence of parochial tendencies in India. But I have an innate optimism because of the plurality and diversity of India. No matter who tries to put a monochromatic frame over this country... Is not going to succeed. It’s the nature of India that has evolved over the centuries and is not a recent construct…," Saran said.

The Constitution of India, he asserted, is very much aligned to that sense of plurality.

Making a reference to China’s growing influence in Nepal and Sri Lanka, he said the world has changed and it is no longer possible to say "this is my backyard and only I will rule here".

"You must compete with China in being the best partner that you can be… Why can’t you increase your influence by offering the best opportunities to your neighbours?” he asked.

Saran expressed confidence in India’s capabilities and said the country has the wherewithal to overtake the Communist giant.

“I believe if there is one country which has the population, the area, the capabilities to not only catch up with China but also to overtake China, it is only India. There is no other country in the world which can do that,” he asserted.

If somebody had said 20 years ago that China would become the world’s second largest economy in the next two decades, or potentially the number one economy, he would have been dubbed “crazy”, Saran said.

“So I don’t agree that the asymmetric condition that what we have today with China is permanent. No. It depends on the choices you make. The decisions that you take today,” Saran said.

Discussing India’s relations with Pakistan, Saran rejected the notion that India had come close to resolving issues with the neighbouring country.