How To Convert Tree Leaves Into Electronic Devices? These Scientists Have The Answer

Researchers from Qilu University of Technology in China used a multi-step, yet simple, process to convert phoenix tree leaves into a form that could be incorporated into electrodes as active materials. 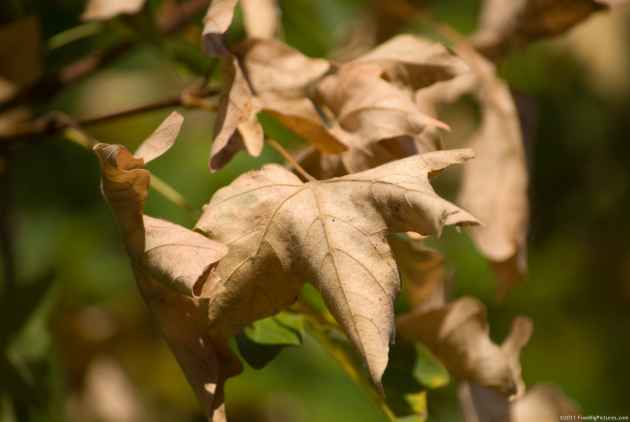 Scientists have discovered a new method to convert dried tree leaves into a porous carbon material that can be used to produce high-tech electronics.

Researchers from Qilu University of Technology in China used a multi-step, yet simple, process to convert phoenix tree leaves into a form that could be incorporated into electrodes as active materials.

The dried leaves were first ground into a powder, then heated to 220 degrees Celsius for 12 hours. This produced a powder composed of tiny carbon microspheres.

These microspheres were then treated with a solution of potassium hydroxide and heated by increasing the temperature in a series of jumps from 450 to 800 degrees Celsius.

The chemical treatment corrodes the surface of the carbon microspheres, making them extremely porous.

The final product, a black carbon powder, has a very high surface area due to the presence of many tiny pores that have been chemically etched on the surface of the microspheres.

The high surface area gives the final product its extraordinary electrical properties, said Hongfang Ma of Qilu University of Technology, who led the study published in the Journal of Renewable and Sustainable Energy.

The researchers ran a series of standard electrochemical tests on the porous microspheres to quantify their potential for use in electronic devices.

The current-voltage curves for these materials indicate that the substance could make an excellent capacitor.

Further tests show that the materials are, in fact, supercapacitors, with specific capacitances of 367 Farads/gramme, which are over three times higher than values seen in some graphene supercapacitors, researchers said.

A capacitor is a widely used electrical component that stores energy by holding a charge on two conductors, separated from each other by an insulator.

Supercapacitors can typically store 10-100 times as much energy as an ordinary capacitor, and can accept and deliver charges much faster than a typical rechargeable battery.

For these reasons, supercapacitive materials hold great promise for a wide variety of energy storage needs, particularly in computer technology and hybrid or electric vehicles.

The supercapacitive properties of the porous carbon microspheres made from phoenix tree leaves are higher than those reported for carbon powders derived from other bio- waste materials, researchers said.

The fine scale porous structure seems to be key to this property, since it facilitates contact between electrolyte ions and the surface of the carbon spheres, as well as enhancing ion transfer and diffusion on the carbon surface.