From An Istanbul Court, Attending A Terrorism Trial

Activists were charged after a workshop on digital security held in a hotel. The government claims, absurdly, that this was a secret meeting that was organised to spy and participate in a coup. 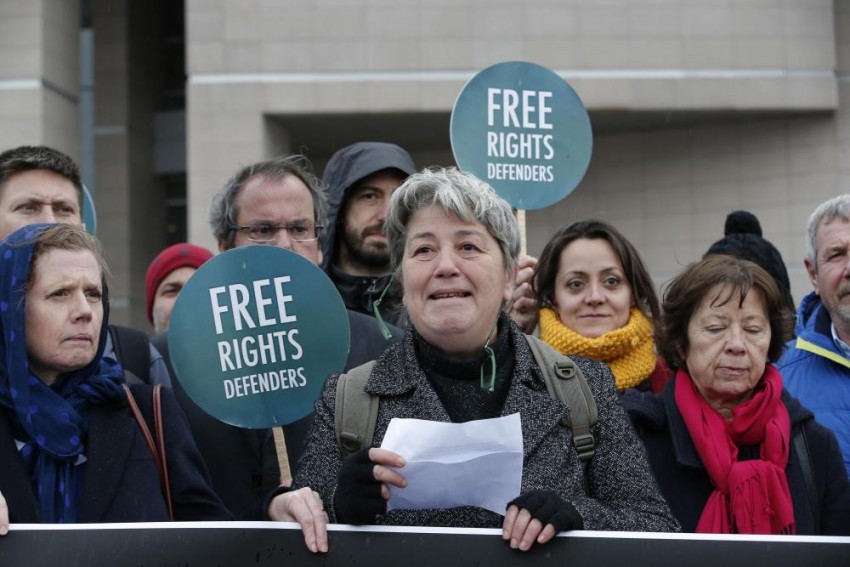 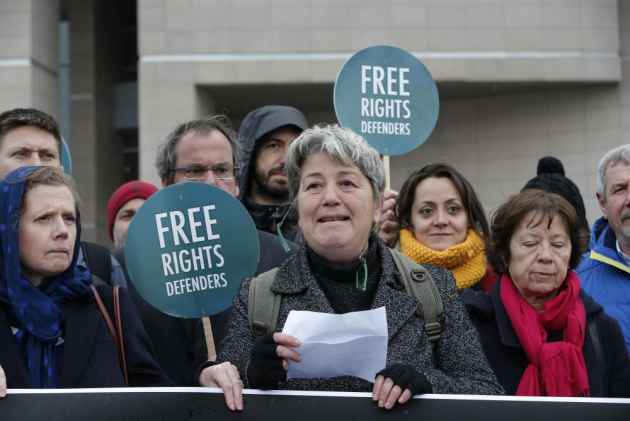 I am writing this from Istanbul, where I am attending a terrorism trial in court as an observer. The trial is that of the chair and director of Amnesty International Turkey. Some readers may know that I am also part the global movement, and am the executive director of Amnesty India. My two colleagues, Idil Aser and Taner Kilic, are part of a group of people who are standing trial on charges of being members of a terrorist organisation.

Idil was given bail a few weeks earlier and I met her outside the court, but Taner is still in prison in Izmir, which is about 500 km from Istanbul, and joined the trial by video link. He has been in jail since June.

The activists were charged after a workshop on digital security that was held in a hotel. The government claims, absurdly, that this was a secret meeting that was organised to spy and participate in a coup. Two foreign nationals, a German and a Swede, are also on trial in the matter but out on bail.

The case is thin on substance and the main accusation against Taner is that he had downloaded an app on his phone. This app, called Bylock, is used for encrypted communication, like WhatsApp. The Turkish government claims that Bylock was used by supporters to communicate secretly before a coup attempt last year. The claim about Taner is without foundation. Amnesty conducted two forensic examinations of Taner's phone, including one by the international technology firm SecureWorks, and found zero trace of the ByLock app on the phone. This was confirmed by an expert in the court hearing that I was present at and I’ll give some more details about that.

We began the day in the morning, when a group of us organised a protest outside the Justice Palace (as it is called), a large and modern circular building with many courtrooms. The protest was well attended by different civil society groups and individuals despite the fact that it was bitterly cold and windy. The foreign observers included the Amnesty chairs of Brazil and the UK, and also diplomats from the European Union and the United States.

A statement was read out in support of the human rights defenders. Taner’s 19-year-old daughter Gulnihal was with us and we were in good spirits.

The court could hold about 120 people in it besides the lawyers and other officials and every seat was taken and there were people outside who could not get in.

The court had three judges, two men and a woman, in black robes with an upturned red collar. They sat on a raised platform, as judges do in India. Interestingly, the prosecutor also sat with them, to one side. This man I heard speaking only once briefly during the entire hearing, which went on for more than six hours.

Most of this time was taken up by the defence of Taner. The defence had an expert witness who spoke at length on the issue of the app Bylock. Taner’s phone had been returned to him by the police after they had made a copy of the software on it. The expert concluded that there was no chance that he had ever downloaded Bylock. In his witness statement Taner said he had not even heard of the Bylock app until after the coup attempt. Despite this, during the first hearing, he had not been granted bail. After that hearing, my colleague John Dalhuisen said that “it took the prosecutor more than three months to come up with nothing. It should not take the judge more than half an hour to dismiss the case against them.”

The case was not dismissed, and continued into the second hearing that I am describing. The senior judge, who sat in the centre, had a few questions of the expert, and in all of the time it seemed to us that the day had decisively gone in favour of the truth. The trial was conducted entirely in Turkish, with the exception of a very few English words (like “IP address” and of course “Bylock”, but it was not difficult to gauge the impact the expert’s testimony had made). Taner made a direct and unemotional plea to be released on bail, given that there was no evidence against him. The prosecutor spoke the one line I heard him speak the entire day. He said the state opposed bail.

At the end of the six or so hours, the courtroom was emptied of all but the lawyers and the accused. We were asked to wait outside. We were informed later that bail had been denied, and the news hit all of us but it devastated young Gulnihal.

I have been a court reporter for many years and have not seen such blatant suppression of those who are fighting for human rights, suppression of freedom of expression, and linking it to terrorism. I wish the Indian government had sent a representative also to the trial and I hope it does it for the next hearing. This is an issue which we must take up with Turkey.

As an Indian and as a student of history, I was disappointed by what I saw in Turkey. We have close cultural ties with the Turkic people, from before that time that the Turks actually came to Turkey about 1000 years ago. Most of the Islamic rulers of India were actually Turkish. Mahmud Ghazni was of Turkish origin, Babur was a Chaghatai Turk and Tipu of Mysore called himself ‘Sultan’ because he also claimed Turkish ancestry.

I wish the government representing such a great and storied group of people had conducted itself better in the matter of the trial of my colleagues, who are working for the rights and the betterment of the Turkish people.