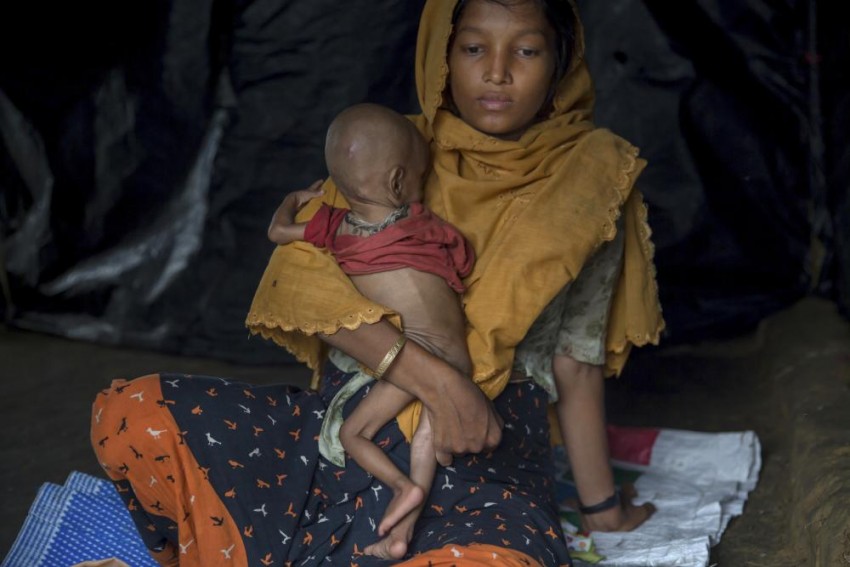 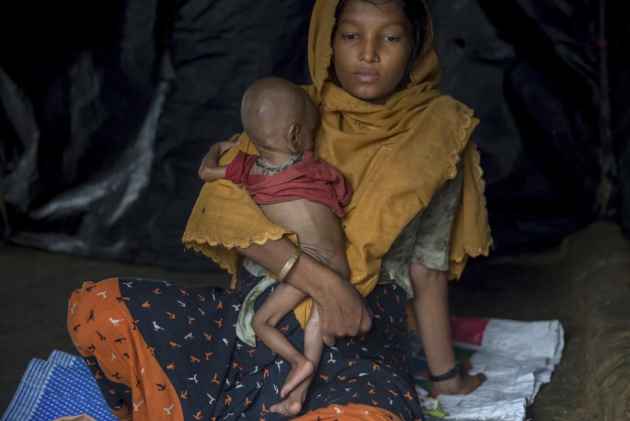 Myanmar security forces for the first time admitted taking part in a massacre of 10 Rohingyas in September and confirmed the existence of mass grave in Rakhine.

According to a statement posted on Facebook by Myanmar's commander-in-chief, Senior General Min Aung Hlaing, the massacre took place on September 2 in the village of Inn Din in Rakhine state after tensions escalated pitting Rohingya against security forces and ethnic Rakhine locals following the killing of a Rakhine man.

"Some villagers from Inn Din village and security members confessed they killed 10 Bengali terrorists," the office said in its post, using a pejorative term for Rohingya and blaming militants for causing the unrest in the village.

The post also gave the first confirmation of a mass Rohingya grave inside Rakhine state following an army-led crackdown on militants from the minority group in late August.

Refugees who have fled in their hundreds of thousands to neighbouring Bangladesh have given consistent accounts of massacres, rape and torture by Myanmar security forces flanked by ethnic Rakhine mobs.

Those allegations, which have been cross-checked by media and rights groups, have seen Myanmar accused of ethnic cleansing by the US and UN and prompted questions over whether the crackdown may have amounted to genocide.

But Myanmar's army has until now staunchly rebutted allegations of misconduct, clearing itself of any wrongdoing in an internal probe.

In its account of the Inn Din massacre the army chief's office said security forces captured 10 Rohingya militants before killing them as violence engulfed the village and its surrounding area.

"Action will be taken according to the law against villagers who were involved and security members who broke the Rules of Engagement," the post added.

But until now Myanmar authorities have only blamed Rohingya militants for causing a human catastrophe that has left 655,000 of the minority in squalid camps in Bangladesh.

"This is quite a striking acknowledgement by Myanmar's military of wrongdoing," said political analyst Richard Horsey.

He tweeted "it may not be a coincidence" that this admission came on the same day as two Reuters journalists were formally charged by police in court with breaching a colonial-era secrecy law.

They were arrested a month ago under the draconian Official Secrets Act after they were allegedly given classified documents by two policemen over dinner.

The pair have widely covered the military campaign in Rakhine although Reuters has declined to comment on whether they were specifically reporting on the mass grave in Inn Din.

The journalists' families have suggested the pair were set up, saying the arrests took place immediately after leaving the restaurant where they dined with the two policemen.

The charges against them have sparked outrage around the world with rights groups and diplomats calling for their immediate release.

"These charges are a travesty of justice and should be dropped," said Phil Robertson, deputy Asia director of Human Rights Watch.

The reporters will return to court on January 23, when the bench will decide whether to accept the case.

Much of Myanmar's Buddhist-majority population supports the army in what it calls a justified campaign against Rohingya militants, after their attacks on border guard police killed about a dozen people last August.

US Issues New Travel Advisory, Asks Citizens Not To Travel To Jammu And Kashmir