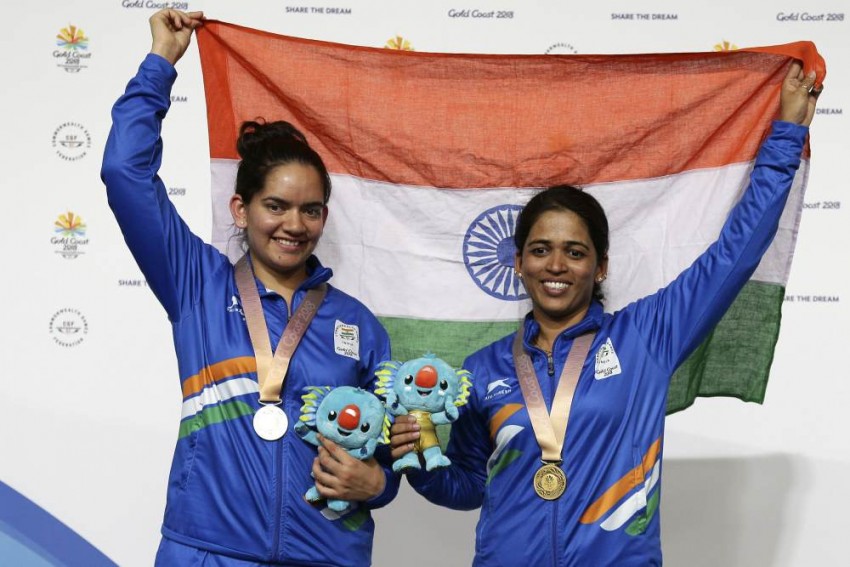 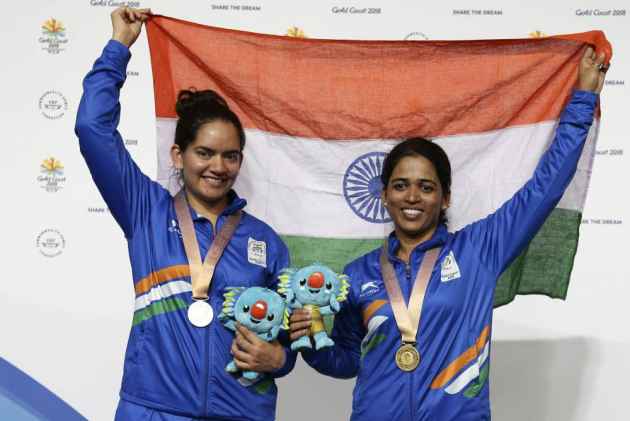 In a 1-2 finish for India, the 37-year-old Tejaswini shot a CWG record 457.9 in the event's finals, while Moudgil aggregated 455.7 at the Belmont Shooting Centre.

This is the seventh CWG medal for Tejaswini, following two golds in 2006, a pair of silvers and a bronze in 2010 and as silver in women's 50m rifle prone in the ongoing edition yesterday.

On the other hand, the 24-year-old Moudgil has tasted her first success in these Games while making her maiden appearance.

While Sawant again brought all her years of experience into play in the finals, Moudgil showed resilience while making fine recovery after finishing a disappointing 16 in prone.

In the qualification, Moudgil had shattered the CWG Qualifying record by a significant margin. Her 589 (196 in kneeling, 199 in prone and 194 in standing) ensures she finished at the top in qualifying.

The Kolhapur-born Tejaswini had earlier equalled the world record after winning gold in the Munich World Championships in 2010 in the 50m rifle prone.