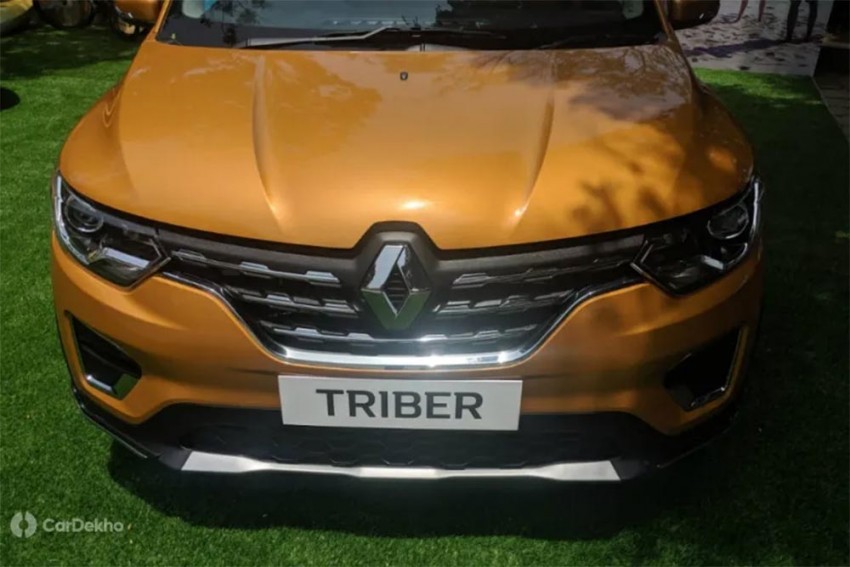 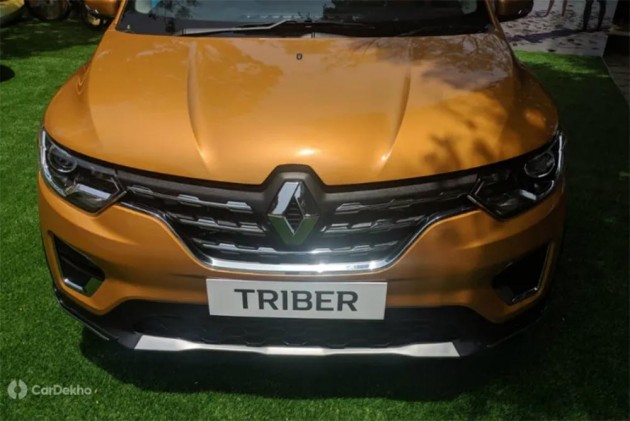 Renault is expected to launch the Triber compact crossover by the end of August or early September 2019. It will be the first to offer modular seating in the mid-size hatchback space at an expected starting price of Rs 5 lakh. We now have our first look at some of the official accessories that will be offered with the Triber.

Starting from the front of the Triber, we can spot the chrome application to to the bottom part of the front grille. 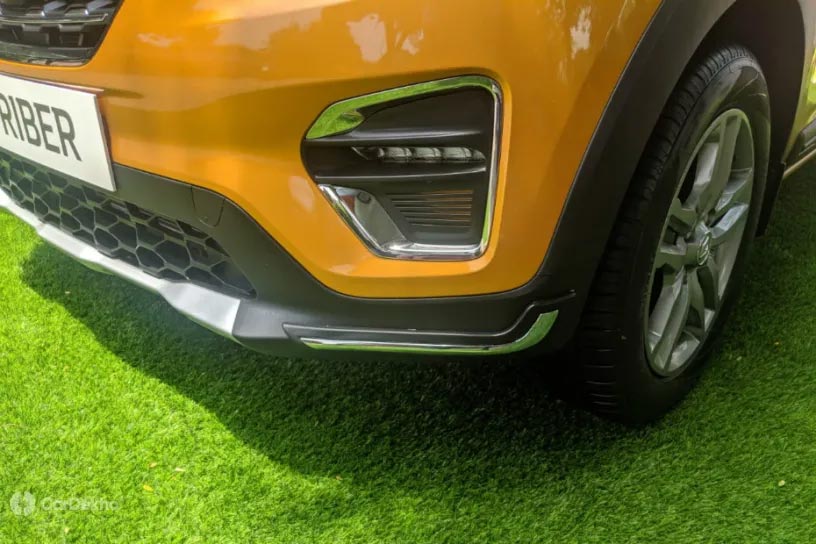 The chrome surround on the LED DRL housings will be a stock offering on the Triber. However, the extra chrome on the front bumper cladding, flanking the front skid plate is almost certainly an accessory from Renault. 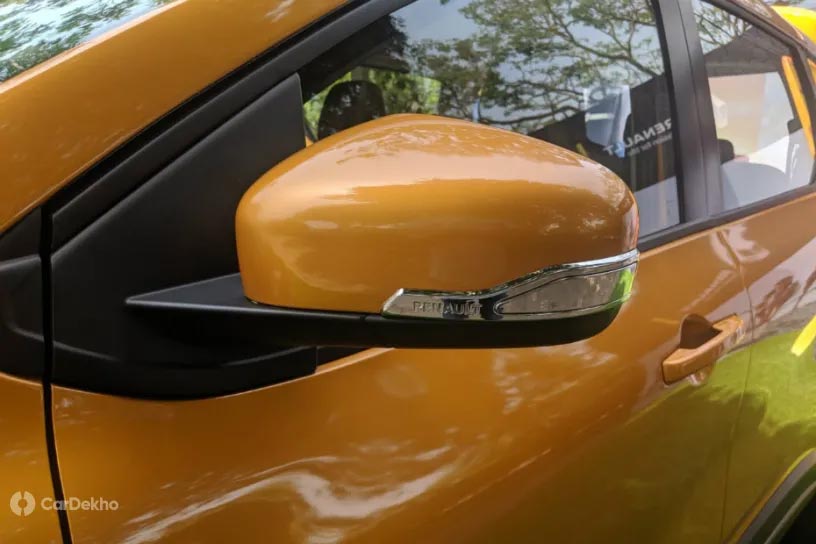 Moving up, the Triber will be offered with a chrome application on the ORVMs as an accessory, with engraved Renault branding. 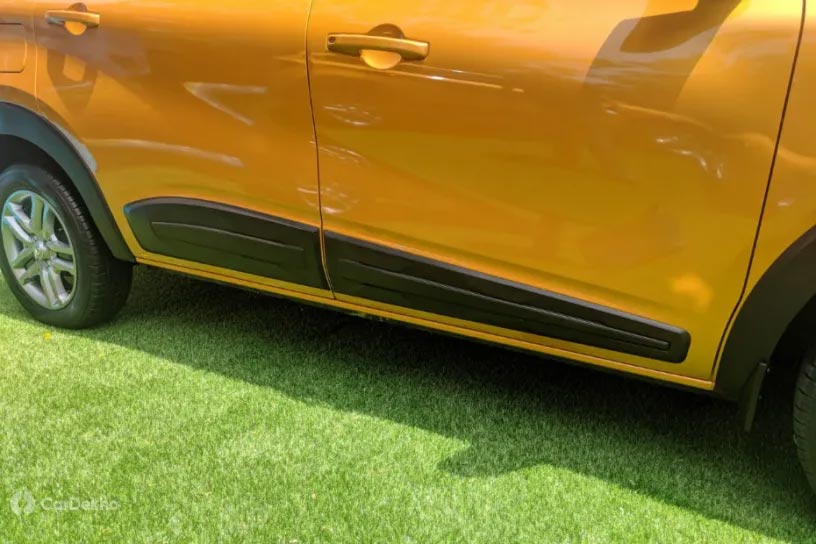 While the stock Renault Triber as unveiled gets black decals on the side, customers can add actual black cladding for extra protection to the door sides of the Triber. 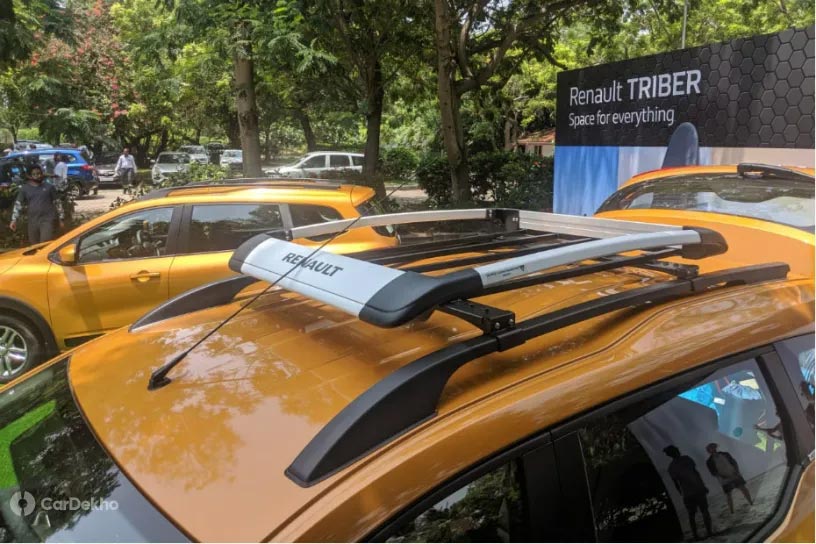 Renault is expected to offer the roof rails as standard on the Triber crossover offering, but this particular roof rack structure will be available as an accessory to carry extra luggage on top. 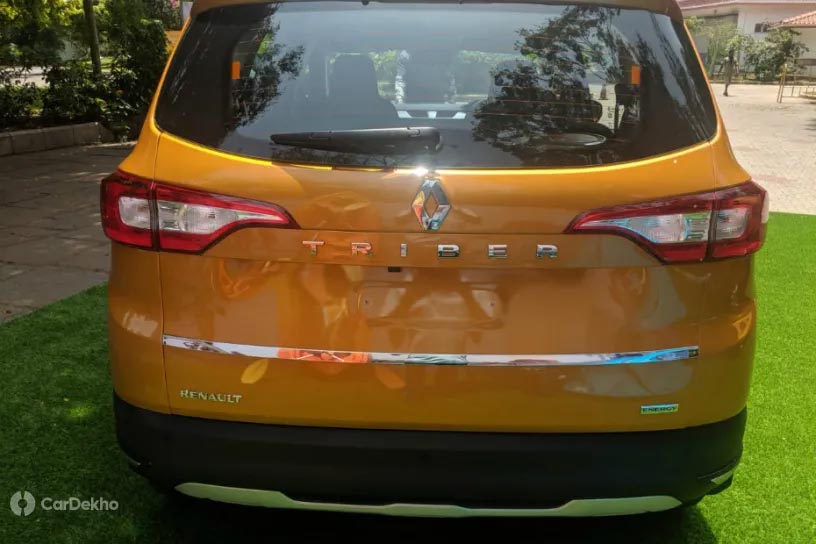 At the rear, there will be more chrome accessories to pick. Most prominent is the chrome applique running the length of the tailgate, aligned with the lower crease line of the Triber’s styling. 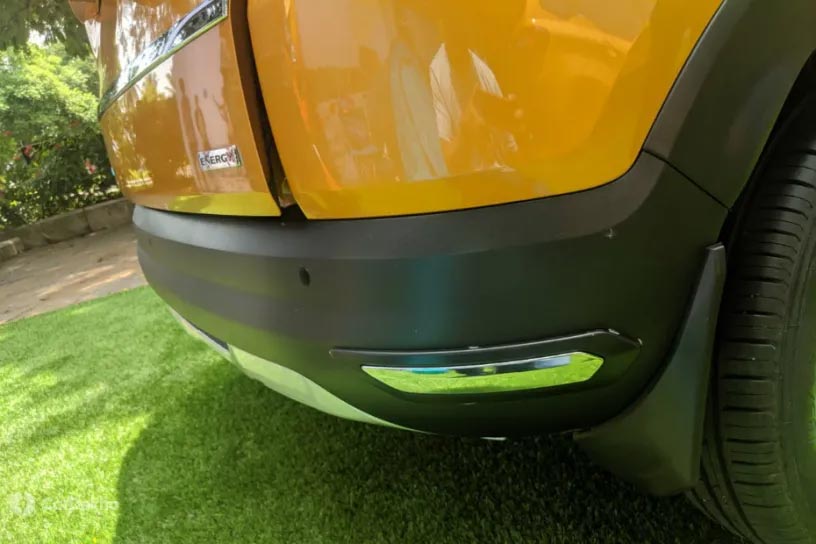 Further below, we find another chrome accessory attached to the rear bumper’s sides, wrapping around the curve, flanking the rear skid plate. 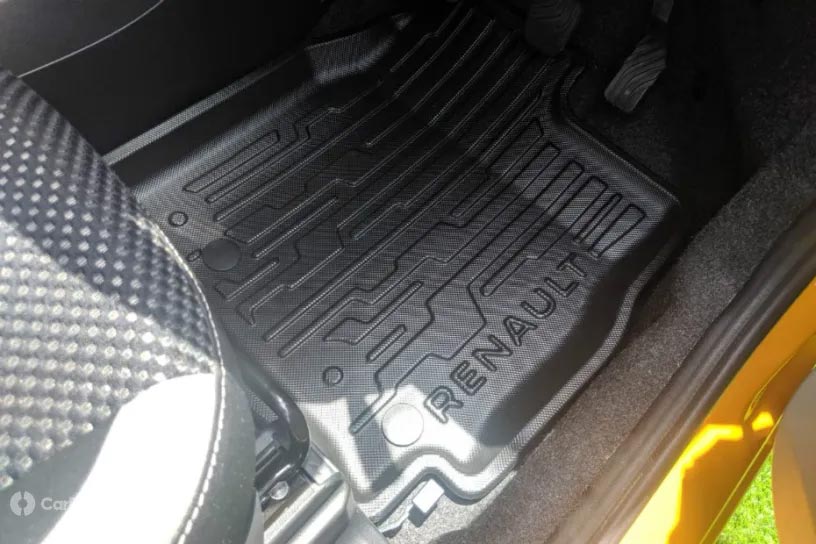 The interior accessories list includes differently styled floor mats, also made from different materials than the stock option. The one seen here seems to be made of PVC making it easier to clean while adding a rugged look to the cabin. 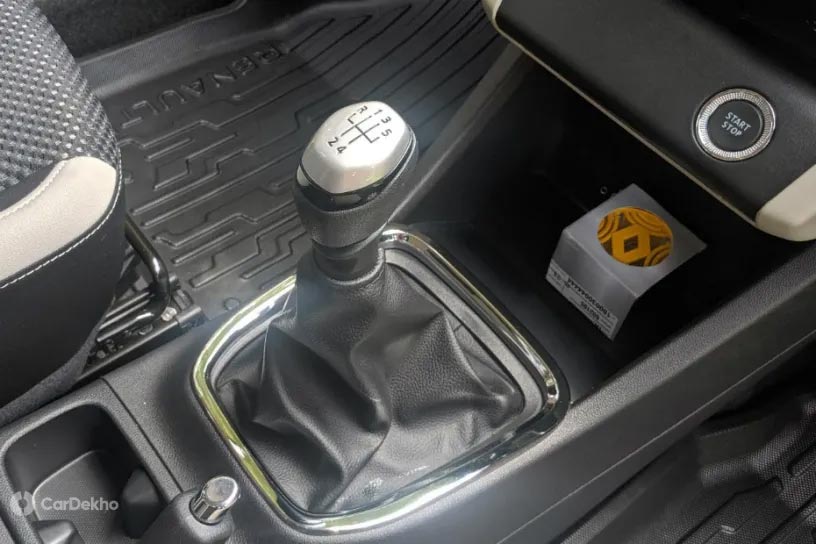 Another interior accessory seen on the Triber’s RXZ  model on display was this chrome applique surrounding the gearstick and a Renault branded air perfume.

Suzuki Rides In The Gixxer 250 In India