Endure No Wait To Get The Grand i10 Nios Home

Grab the Grand i10 Nios now without enduring any waiting period

Hyundai launched the third-gen 10, called the Grand i10 Nios, in India. It comes in five variants: Era, Magna, Sportz, Sportz Dual Tone and Asta. The Korean carmaker had started accepting bookings well before the launch of its new offering. Have a look at the table to check its waiting period in top 20 cities in India. 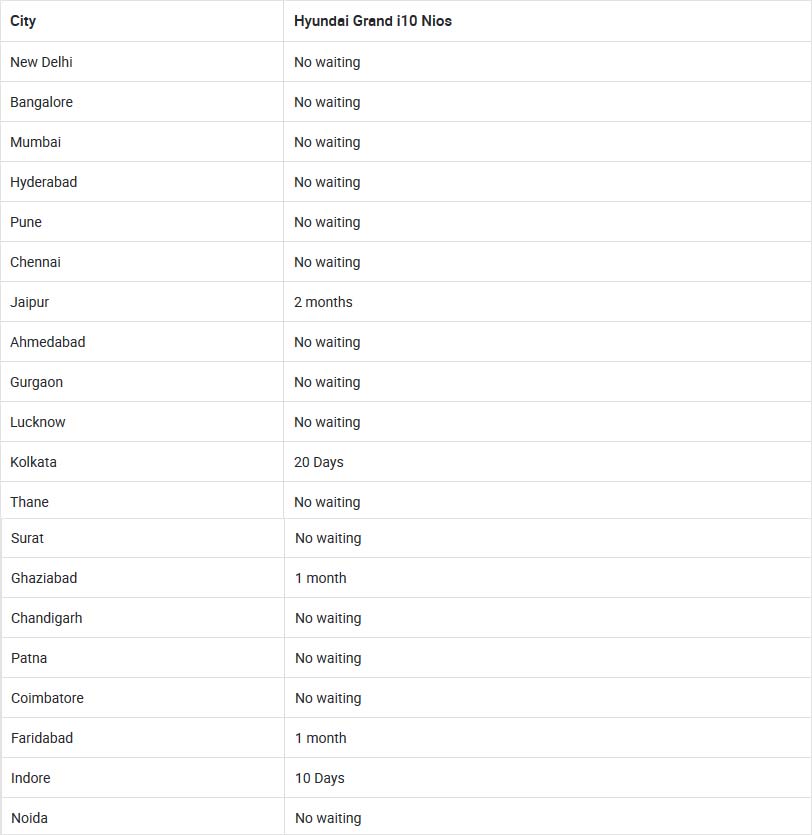 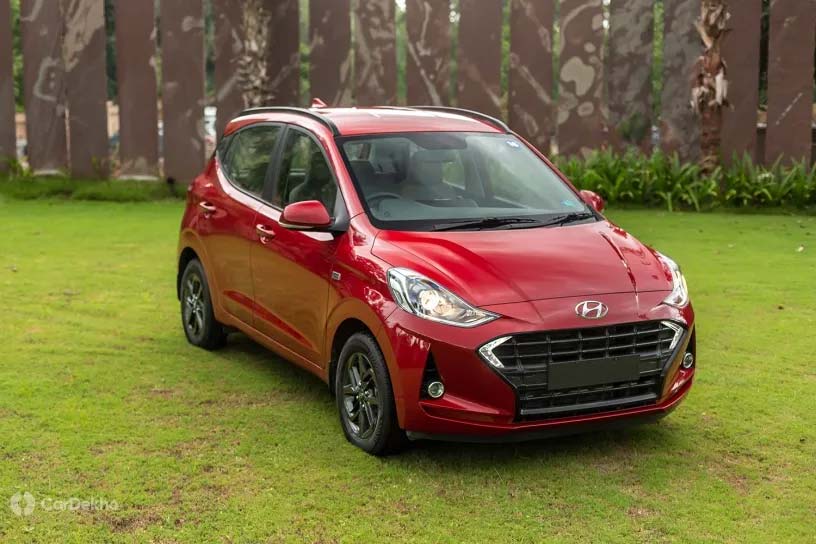 As of now, the third-gen avatar of the i10 is available without any waiting period in almost all the major cities in India except for Jaipur, Kolkata, Ghaziabad, Faridabad and Indore, where it ranges between a few days to as long as 2 months.

The Grand i10 Nios takes on the Maruti Suzuki Swift, Ignis, Ford Figo and Freestyle in the Indian market.