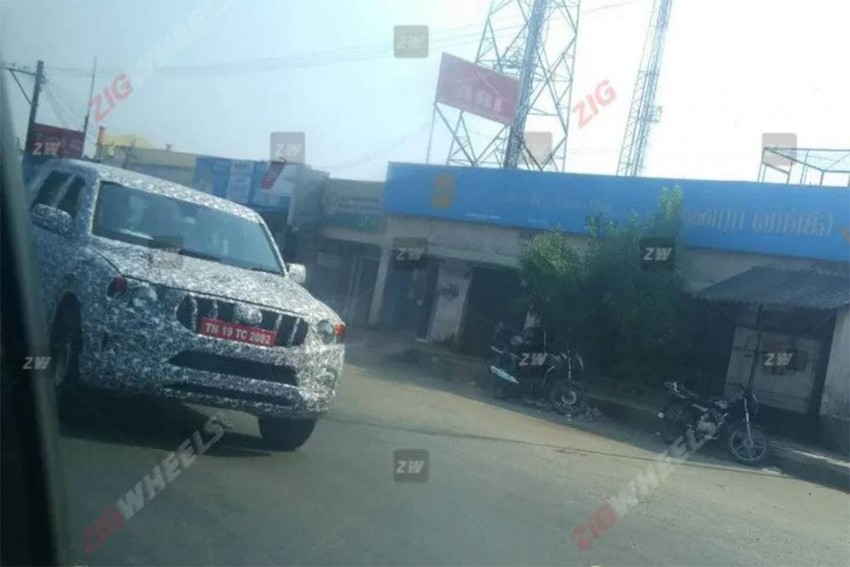 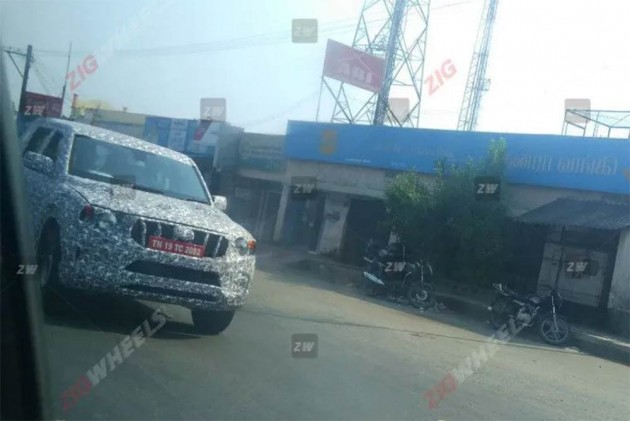 The upcoming Mahindra Scorpio has been spotted testing yet again on the outskirts of Chennai, Tamil Nadu. First seen in a not so clear set of spy images, we could make out the whole silhouette of the car which suggests that the upcoming version will be larger than the current model. Now, though, we have some fresh spy images which have helped us trace out some more interesting details of the upcoming SUV. Going by the spied images, the SUV looks humongous and Mahindra is treading the same path it did with the original Scorpio back in 2002. The SUV looks taller and muscular than the existing model though. Its front face is unmistakably Mahindra with the seven-slat grille and the boxy headlamps. The lower bumper sports two air dams flanked by the fog lamps. Move to the rear and the sheer size of the SUV becomes even more apparent. The tail lamps look small though, and there’s a slightly raked rear windshield as well as a tailgate that opens to one side. The fourth-gen Scorpio is expected to be underpinned by a new ladder frame chassis, same as the upcoming Mahindra Thar. While we haven’t spotted the interior of the SUV yet, we expect it to be completely redesigned with new features and safety kit. The new Scorpio is also likely to come with a 7-seat layout and front facing third-row seats. Powering the fourth-gen Scorpio will be a new 2.0-litre BS6-compliant diesel engine instead of the 2.2-litre mHawk and 2.5-litre m2DICR diesel engines. The new motor is expected to make around 160PS of power and will come paired with a 6-speed manual transmission. According to our sources, the new Scorpio could also feature a Magnetti Marelli-sourced automatic gearbox along with a 4WD system.

The new Scorpio will most likely debut at the 2020 Auto Expo. The Tata Safari Storme is the only worthy rival to the Scorpio, but the Hyundai Creta, Renault Duster, Renault Captur and the Nissan Kicks will also rival the Scorpio with respect to pricing. It is expected to be priced at a slight premium over the current model which retails for Rs 9.99 lakh to Rs 16.44 lakh (ex-showroom Delhi).