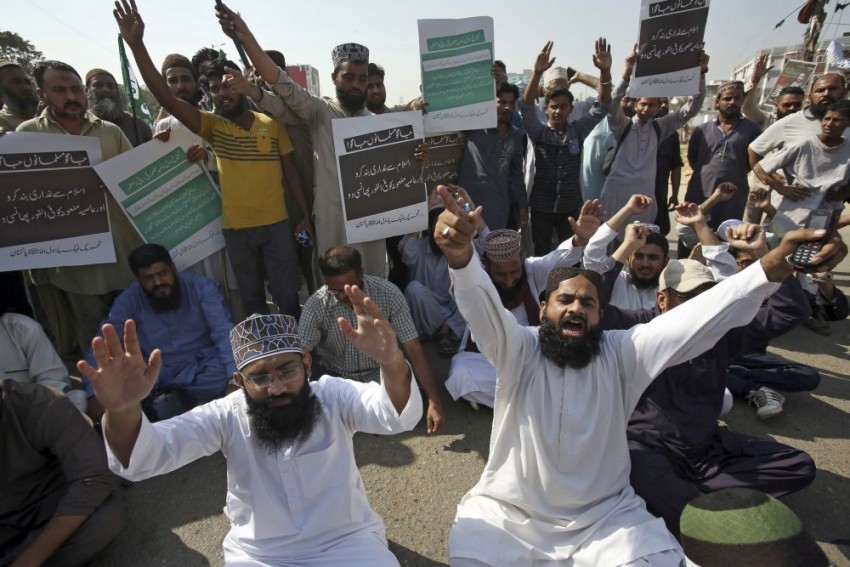 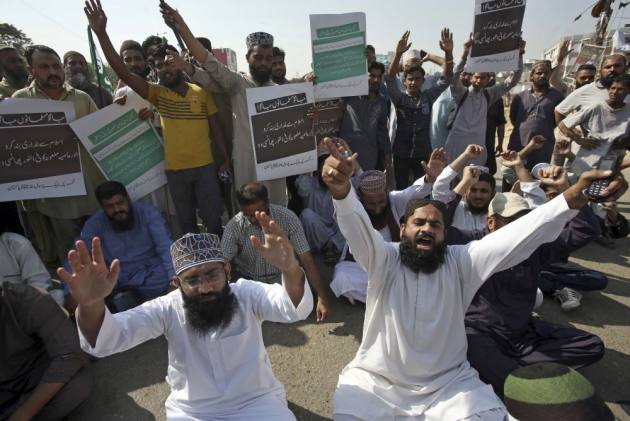 Bibi, a mother of five from Pakistan's Punjab province, was convicted of blasphemy in 2010 and sentenced to hang after being accused of insulting Islam and defiling the name of Prophet Muhammed during an argument with her neighbours.

She always maintained her innocence, but has spent most of the past eight years in solitary confinement. Her case has been deeply divisive in Pakistan where there is strong support for the controversial blasphemy laws.

The blasphemy laws were promulgated by former military dictator Ziaul Haq in 1980s. A person convicted under these laws is given a death sentence.

The apex court, in a three-member bench led by chief justice Saqib Nisar, issued the verdict on Wednesday morning, three weeks after they had reached a decision. The delay followed threats by blasphemy campaigners to hold protests.

"Her conviction is set aside and she is to be relieved forthwith if not required in other charges," said Nisar, reading out the judgment.

He said that Bibi can walk free from jail in Sheikupura, near Lahore, immediately if not wanted in connection with any other case. She was not in court to hear the ruling.

Protests broke in different cities of Pakistan following the verdict and there was tight security in the capital city, Islamabad.

Protestors blocked a highway linking the capital, Islamabad with garrison city of Rawalpindi and the old airport, according an announcement by Islamabad police.

Punjab, the country's most populous province, was on high alert and its Home Department banned all kinds of public gatherings until November 10, according to police.

The Supreme Court on October 8 studied the appeal against the death sentence of Bibi and said there were contradictions in the witnesses' statements.

The radical Tehreek-e-Labbaik Pakistan party previously threatened the judges with dangerous consequences if Bibi were acquitted. A few days later thousands of Islamists in cities across Pakistan demanded her execution.

Security officials said that the protests were also being held in Karachi and other cities by groups linked with religious parties.

Jamiat Ulema-e-Islam-Fazal chief Fazlur Rehman denounced the verdict and alleged that it was influenced by unnamed "foreign powers".

There were reports that mosques at different places asked the people to take to the streets against Bibi's acquittal. Despite protests by extremists, the verdict was hailed on social media.

Bibi’s lawyer Saiful Mulook also told the media that it was the "happiest day" of his life.

Bibi was accused of committing blasphemy in 2009. She was convicted in 2010 by the trial court and her death sentence was maintained by the Lahore High Court in 2014.

She appealed against the conviction to the Supreme Court, which for the first time heard the case in July 2015.

In 2011, senior politician Salman Taseer was shot dead by his own bodyguard for voicing support for Bibi and condemning the country's stringent blasphemy laws.

His killer, Mumtaz Qadri, then surrendered to the police and was later executed, becoming a "martyr" for many hardline Islamists.

Also in 2011, a Christian minority minister, Shahbaz Bhatti, was shot dead at his home for defending Bibi and opposing anti-blasphemy legislation.

Critics say strict blasphemy laws have often been used to get revenge after personal disputes, and that convictions are based on thin evidence.

Though Bibi is being released, there are fears that she might be at risk of being attacked by militants.

Trump Targets Birthright Citizenship In US: Here's What You Need To Know