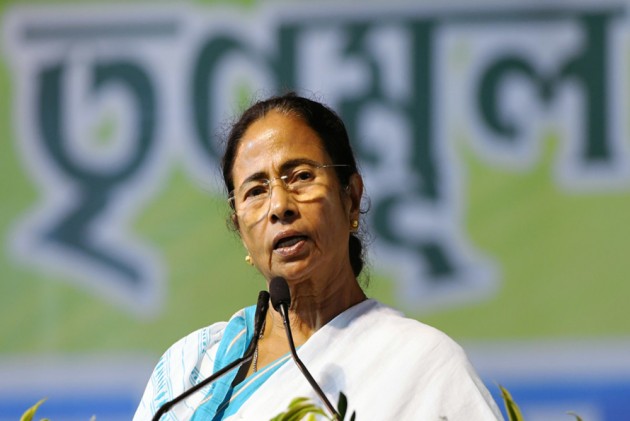 Following the steps of Andhra Pradesh Chief Minister N Chandrababu Naidu, West Bengal CM Mamata Banerjee on Friday decided to withdraw "general consent" to the CBI to conduct raids and investigations, as the Opposition alleged states were losing faith in central agencies due to their "misuse" by the Narendra Modi government at the Centre.

Addressing party workers at a Trinamool Congress (TMC) core committee meeting in Kolkata, Banerjee said, "Chandrababu Naidu has rightly barred the entry of CBI in his state. There are provisions for it. We have read the Constitution as well."

The BJP, however, dubbed it a "clear malafide exercise of power" by "corrupt parties" to protect their interests.

The Central Bureau of Investigation (CBI) would now need permission from the respective state governments to carry out any sort of investigation in these states, except those ordered by the courts and against central government officials.

Andhra Pradesh government is headed by Chief Minister Chandrababu Naidu of Telugu Desam Party (TDP) and West Bengal is ruled by Mamata Banerjee of Trinamool Congress, who are among the key leaders trying to forge a broader 'grand alliance' of opposition parties to fight the BJP unitedly in the 2019 Lok Sabha elections.

Andhra Pradesh Deputy Chief Minister (Home) N China Rajappa told reporters that the reason to withdraw the consent was recent allegations against top CBI officials, while Banerjee said she was extending her support to Naidu as the BJP was using the CBI and other agencies to pursue its own political vendetta.

"In exercise of the powers conferred by Section 6 of the Delhi Special Police Establishment Act, 1946, the government hereby withdraws the general consent accorded (in GO Ms 109) to all the members of the Delhi Special Police Establishment to exercise the powers and jurisdiction under the said Act in the state of Andhra Pradesh," a Government Order (GO) dated November 8 said.

Following suit on Friday evening, the West Bengal government also withdrew its 'general consent' to the CBI to conduct raids or carry out investigations in the state.

The CBI functions under the Delhi Special Police Establishment Act, under which provides a state government "routinely" grants consent to the CBI for exercising its authority in the state and the AP government, too, had issued relevant orders periodically in the last few years.

Ever since he snapped ties with the Modi-led NDA government in March, Naidu has been alleging that the Centre was misusing agencies like the CBI to target political opponents.

After recent raids by Income Tax authorities on some business establishments, run by those close to the ruling TDP in the state, Naidu had announced that his government would not provide police cover to the tax officers in their raids.

"We have trust in the CBI but the recent allegations against its top officials have made us withdraw the general consent. Henceforth, the CBI has to obtain the state governments permission for investigating every case," Rajappa said, claiming that the decision was taken on the advice of lawyers and intellectuals.

Rajappa, however, clarified that the CBI could take up investigation against central government officials without the state's permission and also said, "We will grant necessary permission whenever the CBI makes a request."

In West Bengal, chief minister Banerjee said, "What Chandrababu Naidu has done is absolutely right. The BJP is using the CBI and other agencies to pursue its own political interests and vendetta."

The BJP termed the Naidu government's decision "a malafide exercise" to protect acts of corruption, financial embezzlement and other acts of criminality.

"The state government has cited recent happenings in the CBI as a lame excuse and a ruse to brazenly save the corrupt and extend political patronage to people and organisations involved in acts of corruption and criminality," BJP Rajya Sabha member G V L Narasimha Rao said.

He said Trinamool leaders and the Gandhi family of Congress were facing probe in "corruption" cases and it has led to a "convergence of their interests" with Naidu.

He alleged a new "coalition of the corrupt parties" was taking shape in the country and the BJP would raise this issue at all political platforms to expose the corrupt deeds of what he dubbed as the newly-minted "Grand Corrupt Alliance" (GCA).

Opposition parties in Andhra Pradesh also decried the move and asserted that the state government did not have the authority to bar the CBI.

The principal opposition YSR Congress alleged the controversial decision was taken only because the chief minister was scared of the CBI.

The ban order was issued at a time when the YSRC has requested President Ram Nath Kovind and Union Home Minister Rajnath Singh for a "third party investigation" into the attack on Leader of Opposition Y S Jaganmohan Reddy, he said.

The Congress, however, said the Andhra government's decision shows that states do not have faith in the CBI and other central agencies due to their "misuse" by the Modi government.

"Unfortunately in the last four-five years they (central agencies) have been treated like private armies of (BJP chief) Amit Shah and the prime minister... That is why people doubt the ability of CBI to act independently or to act without pressure," the Congress spokesperson Pawan Khera said