Would Hold Putin Personally Responsible For US Poll Meddling: Trump 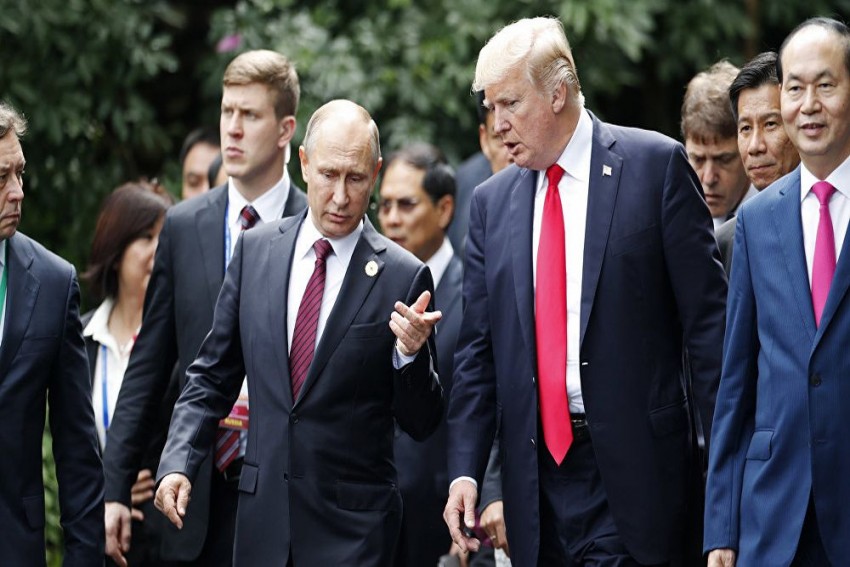 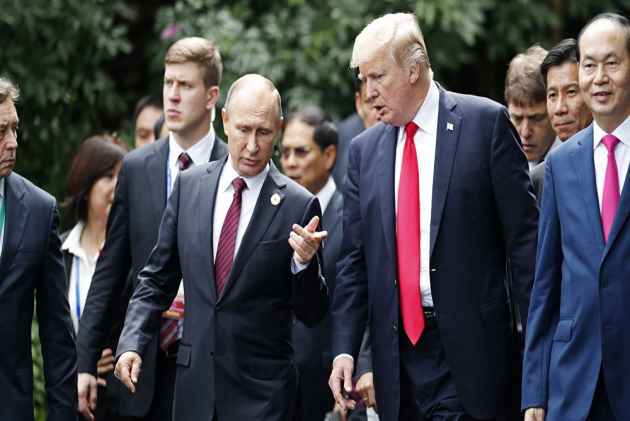 In a CBS interview with anchor Jeff Glor, Trump said that he held Putin "personally responsible" for the election interference.

"I would because he's in charge of the country just like I consider myself to be responsible for things that happen in this country. So certainly as the leader of the country you would have to hold him responsible. I let him know we can't have this. We're not going to have it. And that's the way it's going to be," Trump was quoted by CNN saying.

He acknowledged the assessments made by US intelligence agencies, which held Russia responsible for meddling in the presidential election.

Trump, meanwhile, lamented that there was no media coverage during his one-on-one talks with Putin at the Presidential Palace in Helsinki that lasted over two hours.

Before the interview, Trump had coined a diagnosis for his critics of the summit with Putin - "Trump Derangement Syndrome."

Taking to his Twitter handle, Trump had written, "Some people HATE the fact that I got along well with President Putin of Russia. They would rather go to war than see this. It's called Trump Derangement Syndrome!"

Earlier on Monday, Trump had endorsed Putin's stance on Russia's non-involvement in the 2016 US presidential election, insisting that he ran a clean campaign.

Addressing a joint press conference with his Russian counterpart at the Presidential Palace in Helsinki after their summit, Trump had said that there was "zero collusion" and that he ran a "clean campaign."

The US President had also mentioned that Special Counsel Robert Mueller's investigation into Russian meddling in the 2016 campaign was "a disaster for our country," while also saying that it had negatively impacted US-Russia relations.

Trump drew flak for his comments during the conference with Putin, with former Defence Secretary Chuck Hagel saying that Trump had "failed America today."

On a related note, the White House made its stand clear that Trump was committed to resolving the issue of election meddling with Putin.

She added that the US was working on "bold reforms" to prevent a repeat of the alleged meddling by Russia in the future presidential elections.