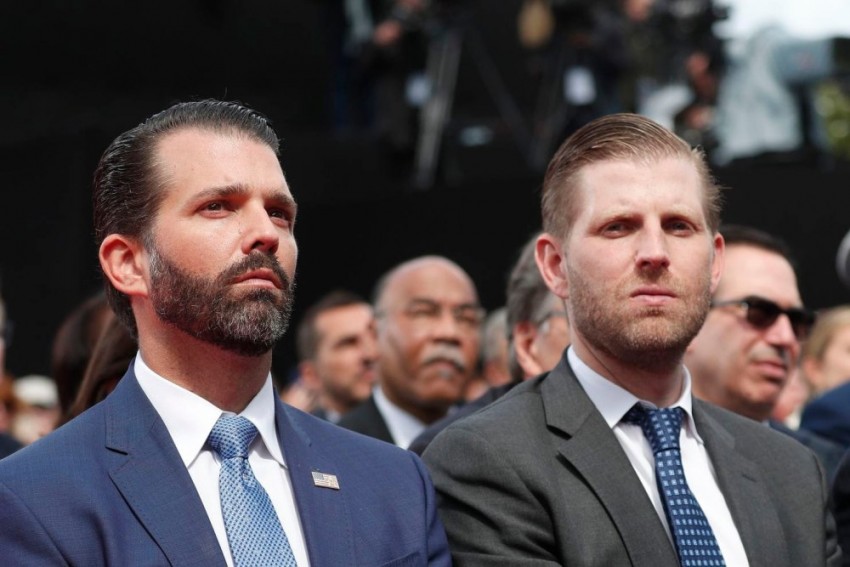 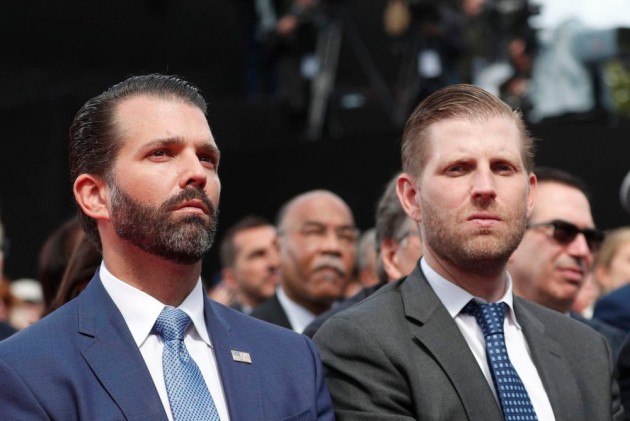 Donald Trump Jr wrapped up a return interview on Wednesday with US lawmakers, who questioned him about his contacts with Russians, with the president's eldest son dismissing concerns he may have perjured himself in his 2017 testimony.

Trump Jr, who helms the Trump Organization collection of businesses that his real estate billionaire father ran for decades, earlier told reporters there was "nothing to correct" from his previous comments to the committee.

After his interview, he maintained he had been consistent.

"I don't think I changed anything of what I said because there was nothing to change," Trump Jr said. "I'm glad that this is finally over (and) we're able to put some final clarity on that."

Asked if he was worried about perjury, Trump Jr responded: "Not at all." Trump Jr likely faced questioning about his role in arranging a Trump Tower meeting in June 2016, that included his father's son-in-law Jared Kushner, then-campaign manager Paul Manafort, and a Russian lawyer offering dirt on Democratic nominee Hillary Clinton.

"If it's what you say, I love it," Trump Jr had written in response to a 2016 email offering the information in a meeting.

Some Democrats suspect that Trump Jr may have lied in previous testimony in 2017, about what he and his father knew about the now-infamous meeting, as well as other connections between the Trump campaign and Russia.

The Trump team had initially tried to cover up the meeting, providing conflicting stories about its purpose and what happened.

Robert Mueller's Russia report, submitted in April, detailed how the president's former lawyer Michael Cohen recalled that Trump Jr may have told his father about the meeting; the president has denied knowing about it ahead of time.

On Wednesday, Trump Jr said he provided "clarification" to the intelligence panel, and pointed out that Cohen himself is currently serving a prison sentence for campaign finance violations and lying to Congress.

In an interview with ABC News broadcast Wednesday, Trump said that if a foreign power, say Russia or China, offered him information on his opponent in the 2020 election, he would probably accept it.

"It's not an interference, they have information -- I think I'd take it," Trump said.

The Mueller report stated that while there was insufficient evidence to charge Trump with criminal conspiracy, the Trump campaign in 2016 apparently had no objections to getting help from Russians, and hoped to benefit from such assistance.

Trump Jr also likely faced questions about plans to build a Trump Tower in Moscow, a project that continued well into the 2016 presidential campaign despite Trump's team saying the deal had fallen through.

Both issues highlighted questions about whether the Trump campaign colluded with Russians in their interference in the election.

Democrats in the House and Senate continue to seek testimony and information, as they press the president with multiple investigations, mostly related to Russia meddling, obstruction and the 2016 election.

Democrats are debating among themselves whether there is enough evidence and political space to pursue an impeachment motion against Trump.

Last week, Nadler had said that the White House had ordered Hicks and Annie Donaldson, the former chief of staff to White House counsel Don McGahn, to not comply with his panel's subpoena for documents related to their time in the White House.

At the time, Hicks' testimony appeared in question as well.

As one of the longest-serving Trump aides during the campaign and in the White House, Hicks had a front-row seat in many of the incidents the Democrats are investigating.

"Ms Hicks understands that the Committee will be free to pose questions as it sees fit, including about her time on the Trump Campaign and her time in the White House," Nadler said.

There was no news on whether Donaldson, who along with McGahn were key witnesses for the Mueller investigation, would likewise agree to testify to Nadler's committee.