Speaking before an Oval Office meeting with South Korean President, Moon Jae-in on Thursday, Trump also opened the door to a series of smaller deals with North Korea. 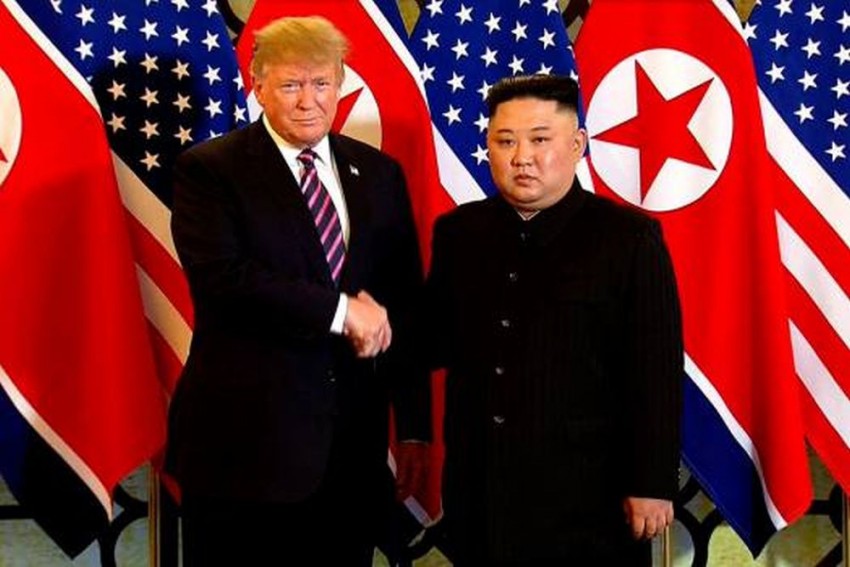 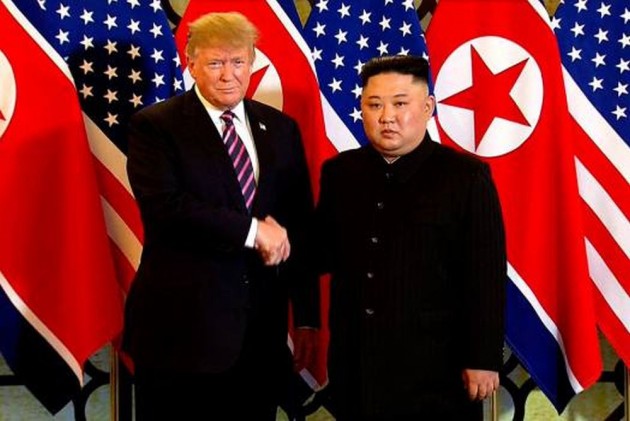 US President, Donald Trump has said he would be open to a third summit meeting with North Korea's Kim Jong-un, suggesting that he was keen to revive a high-stakes engagement, that was abruptly suspended after the two leaders failed to strike a nuclear disarmament deal in Vietnam.

Speaking before an Oval Office meeting with South Korean President Moon Jae-in on Thursday, Trump also opened the door to a series of smaller deals with North Korea, reports The New York Times.

"There are various smaller deals that maybe could happen," Trump told reporters alongside Moon.

"Things could happen. You can work out step-by-step pieces, but at this moment we are talking about the big deal.

The big deal is we have to get rid of the nuclear weapons," he said.

Trump drew the line at easing sanctions on North Korea for anything short of a commitment to give up its entire nuclear arsenal. But he also said that he had decided not to impose additional sanctions on Pyongyang, a testament, he said, to his warm relationship with Kim.

In response, Moon heaped praise on his American counterpart for not closing the door to future meetings.

"In this sense, I believe the Hanoi summit was not a source of disappointment," Moon said, adding: "But it is actually part of a bigger process that will lead us to a bigger agreement.

Trump and Moon's remarks came after Kim on Wednesday vowed to never to give in to sanctions, adding that Pyongyang needs to deliver a "serious blow" to those imposing it.

The Hanoi summit in February fell apart, as Kim and Trump failed to find common ground over how to match Pyongyang's denuclearization steps with Washington's sanctions relief.

But Washington insisted, on what officials described as "a big deal", that called for trading sanctions relief for the dismantlement of all of the North's nuclear and other weapons programs.

Vijay Mallya Renews Application For Appeal Against Extradition To India