The 76-year-old actor, who is a vocal Trump critic, called the POTUS a person with 'no ethics and morals'. 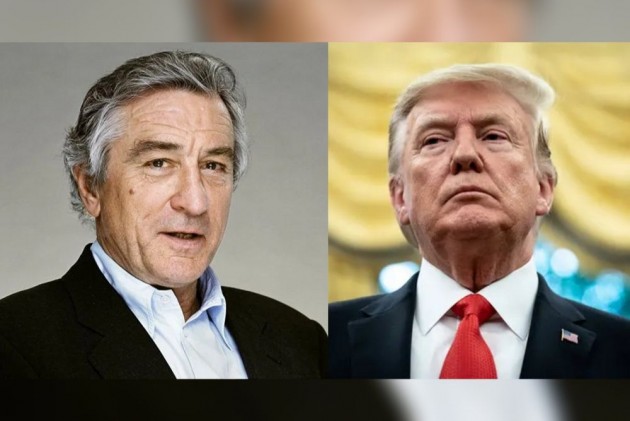 Hollywood veteran Robert De Niro says he hopes the impeachment probe on Donald Trump is followed through and the US President is shown the door.

The 76-year-old actor, who is a vocal Trump critic, called the POTUS a person with "no ethics and morals".

"I hope he gets impeached, it has to be followed through. He's such a low life... He taints everybody around him. There's a very few that have escaped it. I'm amazed that so many people have not stood up to him. Some have quit.

"It's disgraceful with this guy. He has no centre, no ethics, no morals. He's amoral, immoral. And the people around him... not good," De Niro told Variety.

He was speaking at the New York premiere for the Netflix film "The Irishman" in the wake of the Democrats launching an official impeachment inquiry on Trump.

In April, De Niro took a jibe at Trump and called him a "wannabe gangster in the White House", adding that even gangsters had morals and ethics.