For just the third time in American history, the hushed Senate chamber was transformed into a court of impeachment 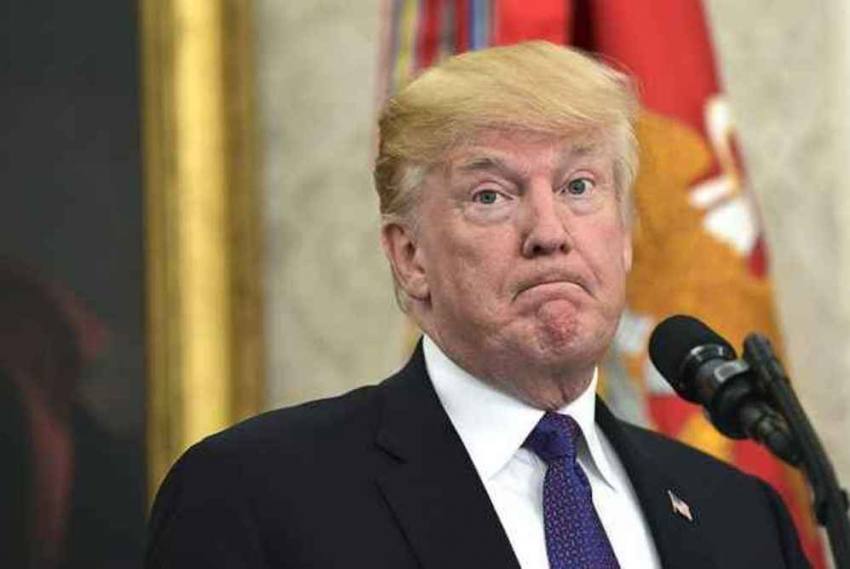 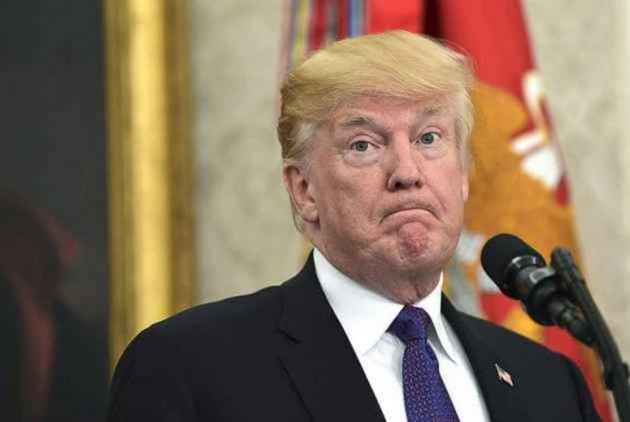 The historic impeachment trial of Donald Trump opened Thursday in the US Senate, as lawmakers took a solemn oath to be "impartial" in deciding whether to force the 45th US president from office.

For just the third time in American history, the hushed Senate chamber was transformed into a court of impeachment, presided over by Supreme Court Chief Justice John Roberts, who administered the oath to senators.

When Roberts, clad in a black robe, asked if they swore to deliver "impartial justice" according to the US Constitution, the 99 lawmakers present -- one was absent -- responded in unison, with right hands raised: "I do."

Earlier in the day, in a deeply symbolic moment, the two articles of impeachment -- charging Trump with abuse of power and obstruction of Congress -- were read out on the Senate floor.

"Hear ye, hear ye, hear ye," Senate Sergeant of Arms Michael Stenger said, commanding senators to "keep silent, on pain of imprisonment." Adam Schiff, the chairman of the House Intelligence Committee who will serve as lead prosecutor for the trial, read the charges accusing Trump of "high crimes and misdemeanors."

Trump has ridiculed the impeachment process for months, and he responded to the opening of the trial by once more branding it a "hoax." "I think it should go very quickly," Trump told reporters in the Oval Office.

"It's totally partisan," he said. "I've got to go through a hoax, a phony hoax put out by the Democrats so they can try and win an election." The Democratic-controlled House, voting along party lines, impeached Trump on December 18.

But Trump's acquittal is widely expected in the Republican-dominated Senate, where a two-thirds majority is required to convict and remove a president.

After the swearing in, the Senate adjourned until 1 pm (1800 GMT) Tuesday.

One senator -- Republican James Inhofe -- was absent due to a family medical emergency but said he would be sworn in "with no delay" on Tuesday.

Trump is accused of abuse of power for withholding military aid to Ukraine and a White House meeting for the country's president in exchange for an investigation into his potential presidential election rival Democrat JoThe nonpartisan Government Accountability Office concluded in a report released Thursday that the White House had violated federal law by putting a hold on the congressionally approved funds for Ukraine.

"Faithful execution of the law does not permit the President to substitute his own policy priorities for those that Congress has enacted into law," the congressional watchdog said.

The second article of impeachment relates to Trump's refusal to provide witnesses and documents to House impeachment investigators in defiance of congressional subpoenas.

Senate Majority Leader Mitch McConnell has been extremely critical of Trump's impeachment by the House, and Democrats have accused him of planning to oversee a "sham" trial.

The top Republican has said he would coordinate Trump's Senate defense with the White House.

"The House's hour is over," McConnell said. "The Senate's time is at hand." House Speaker Nancy Pelosi said Trump had given the House no option.

"It is a sad day for America," Pelosi told reporters. "We were given no choice." Trump's actions undermined national security, were a violation of his oath of office and "jeopardized the integrity of our elections," she said.

For weeks, Pelosi delayed delivering the articles as she pressured McConnell to agree to subpoena witnesses and documents -- but McConnell has refused to commit.

A Trump administration official told reporters they expect the trial to last no longer than two weeks, suggesting McConnell could use his 53-47 Republican majority to stifle calls for witnesses and quickly take the charges to a vote.

Before the prosecution begins laying out its case against the president next week, senators will vote Tuesday on the contours of the trial's opening phase.

McConnell and aides huddled privately Thursday as they worked on the resolution. Democrats say they will oppose it because it makes no guarantee that witnesses will be called, or new evidence admitted.

Senate Minority Leader Chuck Schumer suggested Republicans are being cowed into lockstep with Trump and seek a speedy end to the trial.

All senators felt "the weight of history" on their shoulders as Roberts, 64, swore them in, said Democrat Schumer, who implored his Republican colleagues to vote for fair rules that allowed witnesses.

"Each of us, every one of us, Democrat and Republican, will face a choice about whether to begin this trial in the search of the truth, or in service of the president's desire to cover it up," Schumer told reporters.

One Republican, Senator Susan Collins, signalled she would "likely" support a motion to call witnesses.

"While I need to hear the case argued and the questions answered, I tend to believe having additional information would be helpful," Collins said in a statement.