The jets appear to be rapidly rotating with high-speed clouds of plasma, potentially just minutes apart, shooting out of the black hole in different directions. 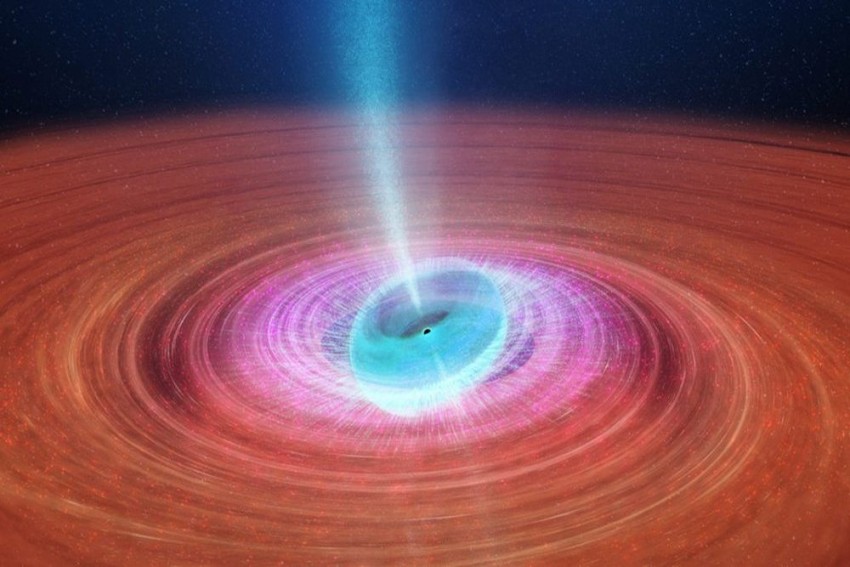 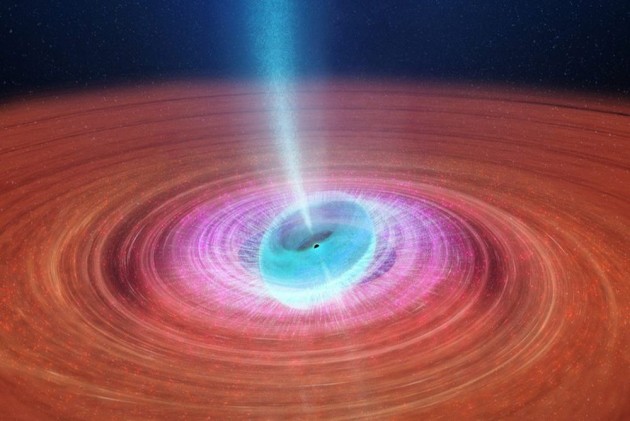 Astronomers have discovered a bizarre black hole, almost 8,000 light-years from Earth, pumping rapidly swinging plasma jets into the surrounding universe at a speed so fast that it is dragging spacetime.

The research, published in the journal Nature, shows jets from V404 Cygni's black hole behaving in a way never seen before on such short timescales.

The jets appear to be rapidly rotating with high-speed clouds of plasma, potentially just minutes apart, shooting out of the black hole in different directions.

"This is one of the most extraordinary black hole systems I have ever come across," said Associate Professor James Miller-Jones, from Australia's Curtin University node of the International Centre for Radio Astronomy Research (ICRAR).

Like many black holes, it is feeding on a nearby star, pulling gas away from the star, and forming a disk of material, that encircles the black hole and spirals towards it under gravity.

"What is different in V404 Cygni is that we think the disk of material and the black hole are misaligned,” Jones said in a statement.

"This appears to be causing the inner part of the disk to wobble like a spinning top and fire jets out in different directions as it changes orientation," he said.

As the black hole spins, it drags spacetime around with it, leading to the precession of the inner puffed-up accretion disk, researchers said.

V404 Cygni was first identified as a black hole in 1989, when it released a big outburst of jets and radiation.

Astronomers looking at archival photographic plates then found previous outbursts in observations from 1938 and 1956.

Miller-Jones stated that when V404 Cygni experienced another very bright outburst in 2015, lasting for two weeks, telescopes around the world tuned in to study what was going on.

"Everybody jumped on the outburst with whatever telescopes they could throw at it. So we have this amazing observational coverage," he said.

When Jones and his team studied the black hole, they saw its jets behaving in a way never seen before.

Jets are usually thought to shoot straight out from the poles of black holes, whereas, these jets were shooting out in different directions at different times, researchers said.

They were changing direction very quickly, over no more than a couple of hours, they said.

Jones said the change in the movement of the jets was because of the accretion disk, the rotating disk of matter around a black hole.

He said V404 Cygni's accretion disk is 10 million kilometres wide, and the inner few thousand kilometres was puffed up and wobbling during the bright outburst.

"The inner part of the accretion disk was precessing and effectively pulling the jets around with it," Jones said.

"You can think of it like the wobble of a spinning top as it slows down -- only in this case, the wobble is caused by Einstein's theory of general relativity," he added.