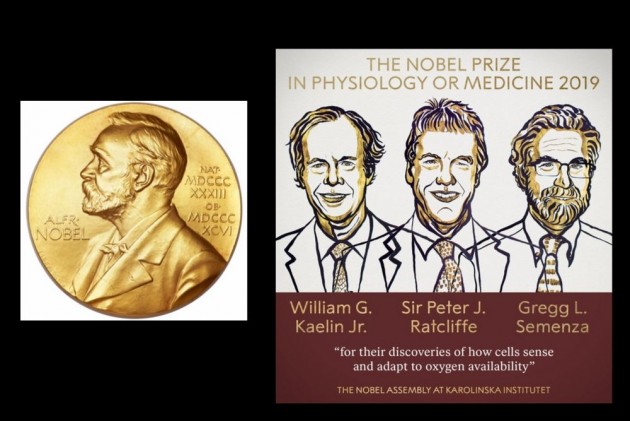 The 2019 Nobel Prize for Physiology or Medicine has been awarded to scientists William G Kaelin,  Peter J Ratcliffe, and Gregg L Semenza.

They received the award jointly for their discoveries of "how cells sense and adapt to oxygen availability," the Nobel Committee announced Monday.

It is the 110th prize in the category that has been awarded since 1901.

The Karolinska Institutet said in a statement the trio should share equally the 9 million kronor (USD 918,000) cash award.

The discoveries made by the three men "have fundamental importance for physiology and have paved the way for promising new strategies to fight anemia, cancer and many other diseases."