Why Should Aamir Speak For Muslims?

The careful construction of a monolithic conception about the world of Islam in contrast to the worlds of other faiths make sweeping generalizations and imposition of collective guilt fairly easy. 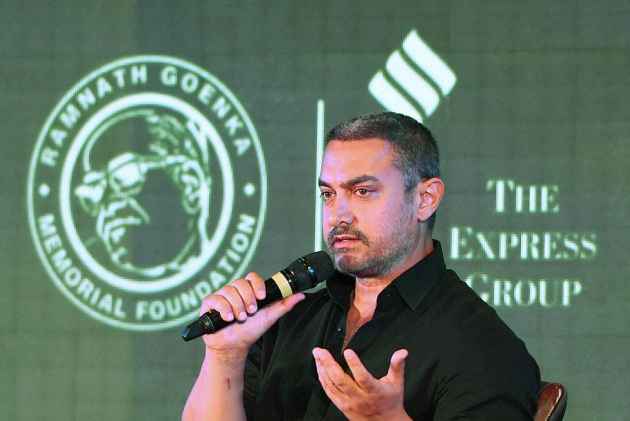 The victimhood of Muslims in India and in the international scenario is not a figment of imagination. The very identity of being a Muslim, regardless of whether you are a nominal or practicing Muslim, exposes one to myriad difficulties in the current international political milieu. The situation in India is no better. These difficulties range from direct hostility in certain circumstances to thinly veiled charges of complicity in the countless acts of barbarity perpetrated in the name of Islam or Muslims in various parts of the globe. While it is easy to deal with the direct hostility from the many groups whose antipathy towards Islam or Muslims is unmistakably open, the subtle and supposedly well-intentioned allusions one confronts in liberal environs is rather insidious.

The recent conversation between Anant Goneka and Aamir Khan at the Ramnath Goenka Awards ceremony is a perfect example of how the mere fact of carrying a Muslim name confers upon you a universal sense of vicarious accountability for the many abominations that you have had no truck with. After cleverly bringing in the point about terrorism being linked to Islam and Muslims across the world, Goenka asks Aamir: "Do you think it is time that people like you have a more strong voice when it comes to representing the moderate Muslims?."  Visibly discomfited, the actor says: "I feel very uncomfortable when you call me modern Muslim. I feel first of all why should I represent anyone and if I have to, why I should only represent just Muslims and not everyone. You know, so in the capacity of myself as an individual if I am representing my country or society then I am representing everyone. I will stand for everyone. My birth may be in a Muslim household but if I speak it’s for everyone."

Did/will Amitabh Bachchan (or even Anupam Kher) ever face a similar question about representing moderate Hindus against the backdrop of growing Hindu fanaticism? Why is Aamir Khan reduced to his birth identity as a Muslim and asked to represent moderate Muslims while others are accorded identities transcending the accidents of their birth? After all, the things that made Aamir a celebrity had nothing to do with Islam, or Muslims, or his religious identity. In fact; one could even say that he achieved what he did in spite of his religious identity, by the sheer power of his talent and skills. Why should such people, who transcended the specificities of their congenital identities, be repeatedly reminded that they are essentially and inescapably only what the accidents of their birth determined? Why is it that such vicarious sense of accountability is not expected from people who carry other birth marks? Does it not imply that even the custodians of liberal values in our midst are hardly free from some of the prejudices that define the hardcore Hindutva elements?

The reasons for this sad state of affairs are not difficult to identify. First; Barbarities perpetrated and horrendous inanities mouthed by some Muslims in the name of Islam constitute a lion's share of the news in the world today. It makes hardly any sense to claim that the faith had nothing to do with all these, for the wholesale merchants of death and the issuers of horrendous statements and edicts never fail to invoke it every time they act or speak. Second; the careful construction of a monolithic conception about the world of Islam in contrast to the worlds of other faiths make sweeping generalisations and imposition of collective guilt fairly easy. "Malicious generalisations about Islam have become the last acceptable form of denigration of foreign culture in the west; what is said about the Muslim mind, or character, or religion, or culture as a whole cannot be said about Africans, Jews, other Orientals, or Asians," wrote Edward Said in 1996 in a new forward to his 1981 book 'Covering Islam'.

Twenty years later, Said's assertion rings even truer. What is not often taken note of is, however, the fact that the mainstream Muslim organisations of all hues contributed as much as their foes did in the perpetuation of a monolithic conception of Islam and the Muslims. The internecine rivalries and schisms within the faith and the resultant violence and acrimony have historically been more devastating than any conflict involving Muslims and non-Muslims. It is, therefore, crucially important to debunk the monolithic notion about Islam and Muslims in order to fight the now universal tendency to burden all Muslims with collective guilt for the dastardly actions of a few who consistently grab the headlines at the expense of the large majority of Muslims.

In doing so, it is not enough for the Muslims to add their voices to the noises emerging from the world's mealy-mouthed and hollow condemnation industry. Unless the faith is interpreted in ways that are radically different from those of the murderous thugs and misanthropic clerics, there is little hope that the situation will ever improve for the better.

Shajahan Madampat is a writer based in the UAE.