The 13th PM during the Queen’s reign, May is believed to be a no-nonsense person and does not indulge in spin or PR. 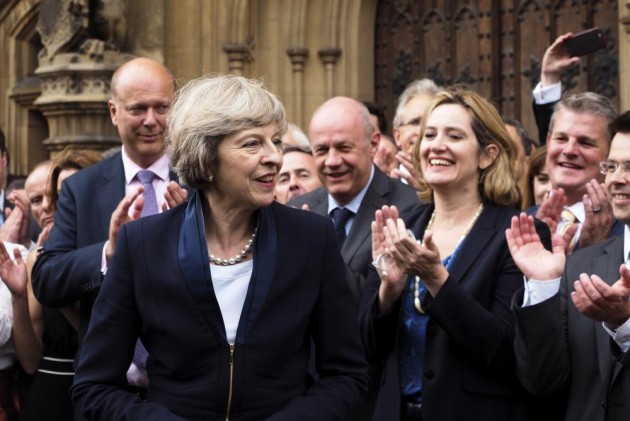 Men created a mess and now they have left it to a woman, in this case Theresa May, to clear the mess as she takes over as the next British PM, second woman after the Iron Lady Margaret Thatcher, and also from the Conservative Party.

The daughter of a vicar, May has been the longest serving Home Secretary, and she is known as a very conscientious worker and a hard negotiator. But she was a Remainer, and now it looks like the last of Leavers (Andrea Leadsom) has left it to a Remainer to deal with our future relationship with the EU.

Tory grandee Ken Clarke remarked about her being a “bloody difficult woman”, taped during a supposedly off-air conversation in a TV studio, and many find that to be a much needed quality in the present condition.

Interestingly, the oddest political comparison is not that of May's with Thatcher but with Gordon Brown. Both are serious-minded children of religious ministers. The 13th PM during the Queen’s reign, May is believed to be a no-nonsense person and does not indulge in spin or PR. Despite her apparent stubbornness, in private, she is believed to always be up for a good argument. She has championed the gay marriage cause and loathes any sense of impropriety in public service.

The Oxford-educated May was a banker before she joined politics and enjoys a strong marriage to Philip, a banker she met at a Tory student disco.

While May takes over at a difficult time, little is known about her view on the economy or foreign affairs, and Labour, Lib Dems and Green party have already demanded a snap general election. That seems highly unlikely as she will not have much to take to the public until she works through the details on her policies and more importantly the Brexit negotiations and may be a distinct possibility some months into her tenure. Labour is sucked into an abyss of its own making and looks hardly election ready. If there was one, May could win with a greater majority than Cameron’s last hustings result, given the sad state of Labour.

The roller-coaster ride of British politics that began following the referendum result seems to carry on full speed and interesting times, to say the least, are sure to follow. 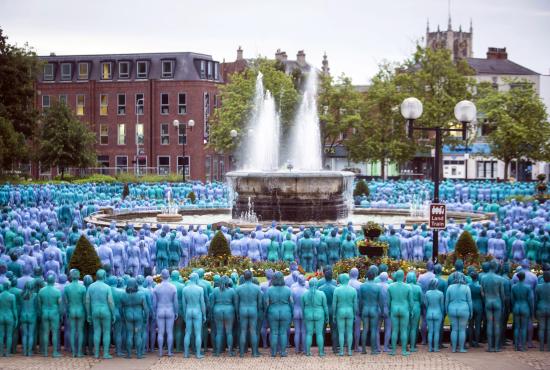 Hull suddenly saw a flood of blue humans when 3,200 people shed their clothes and painted themselves blue for an art installation.

Believed to be the largest event of its kind, it was created by New York-based artist Spencer Tunick. Participants from 20 countries took part in this international project, posing at some of the city’s landmarks. While hundreds lay down across a road in the city centre, others circled one of Hull's parks, causing quite a stir. The participants were daubed in four shades of blue body paint.

The funniest sights were when the models put their clothes back on, with some resembling Smurfs as they walked around the city, some even covering their modesty with cardboard boxes.

The installation will return to the city in 2017 and is due to be one of the highlights of Hull’s UK City of Culture line-up.

Wimbledon is over, with Serena William creating history by equaling Steffi Graf’s 22 grand slam titles and Andy Murray claiming his second Wimbledon title. But Wimbledon is not only a favourite experience for most tennis players, it is in fact one of the most lucrative Grand Slam tournaments turning over £169.7 million and making a profit of £56.1 million in two weeks.

Strawberries and cream are synonymous with Wimbledon, so each year we love to check how much of each is sold. Last fortnight 140,000 portions of strawberries (costing £2.50 a punnet) were sold, topped with 10,000 litres of cream. That's £875,000 worth of strawberries. Mind you, these strawberries don’t come from any supermarket supplier instead they are from the 480-hectare Hugh Lowe Farm in Kent run by Marion Regan and her husband Jon. Interestingly, Marion’s grandfather started the farm 100 years ago but she won the exclusive contract to supply strawberries to Wimbledon in 1993. They are picked each day at 5.30am by two teams of 40 staff before being chilled, sorted and transported to South-West London.

The Wimbledon windfall does not benefit just the All England Club or the winners. There are plenty others on the list. Slazenger, which has been supplying tennis balls to Wimbledon since 1902, sends 52,000 balls every year from its factory in the Phillipines.

While Slazenger may not get the pitch-side hoardings, but it gets back its investment in increased sales globally and in Wimbledon used balls are sold at a kiosk next to Court 14 at £5 for a tin of six — making the brand a tidy £43,300.

While sporting fashion brands get busy signing up players, Wimbledon has it own fashion collaboration with Ralf Lauren since 2005, as the tournament’s official outfitter, designing uniforms for all officials which is believed to cost the label up to £5 million. The All England club, meanwhile makes its own towels which sell for £14 in the tournament shop, fetching £350,000 for 25,000 towels that are sold each year.

Of course, a fortnight cannot be complete without beer (Stella Artois), champagne (Lanson), orange squash (Robinsons), water (Evian), coffee (Italian brand Lavazza) and ice cream (Haagen-Dazs). All these companies are official sponsors and all have paid between £1 million and £5 million to have their products sold.
Wimbledon-based FMC Catering supplied 190,000 sandwiches, 30,000 portions of fish and chips and 23,000 bananas over the fortnight. Even the corner shop in the Southfields station, sells £10,000 of bottled water and £5,000 of sandwiches over the fortnight — more than 50 times its usual sales.

Apart from the 13 ‘official suppliers’ like Rolex, Slazenger, HSBC and others there are also worldwide television rights and elite seats for corporate guests. That’s the charm of the tournament cutting across businesses.

Mickey Mouse courses off the menu

About 20,000 vocational courses are expected to be abolished. These 'Mickey Mouse' courses include subjects like balloon artistry, butler’s diploma, marzipan modelling and sugarcraft, which teaches students to bake cupcakes. Critics have long felt that such courses have little use in real life. And now the Government wants to introduce 15 new rigorous qualifications for youngsters aged 16 and over, formed in consultation with employers, in an effort to raise standards of vocational education and make it a more attractive alternative to academic A-levels.

Under the Post-16 Skills Plan, pupils will choose between academic and technical options, which will include a common core of English, Maths and digital skills, catering to the needs of the 21st century.

Under the scheme starting in 2019, courses will be offered by a single provider. They will take place at a college and include a work placement, or will be an apprenticeship.