The Maths Teacher From Patna

The Super 30 founder who has transformed the lives of underprivileged children in Bihar, started teaching without charging a paisa 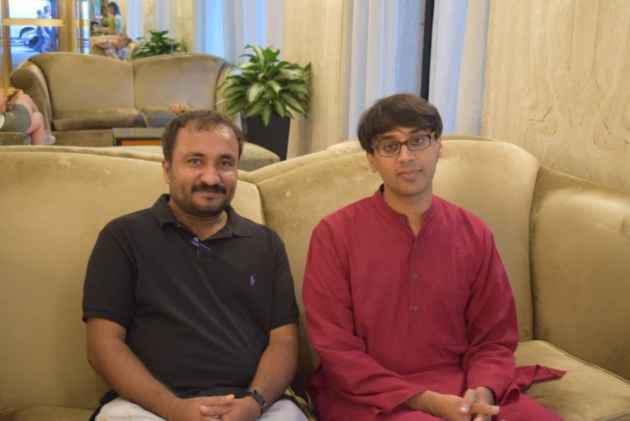 It is nice to see the two of them together. They are both young, barely 40 years of age and neither of them went to IIT.  One is a Professor of Mathematics at Princeton and the other has been teaching Mathematics to bright but poor students in the backwaters of Bihar. Manjul Bhargava, the Canadian-American and the winner of the Fields Medal, the equivalent of the Nobel in Mathematics, and Anand Kumar, better known as one who has been helping students from poor families crack the IIT Joint Entrance Examination, have only one thing in common, their passion for Mathematics. The Canadian-American of course has had a more privileged upbringing and possibly only the accident of birth has kept Anand, who for some time had to work in the Posts & Telegraph Department in a Class III job and deliver wafers (papad) on his bicycle to make ends meet, from distinguishing himself internationally. 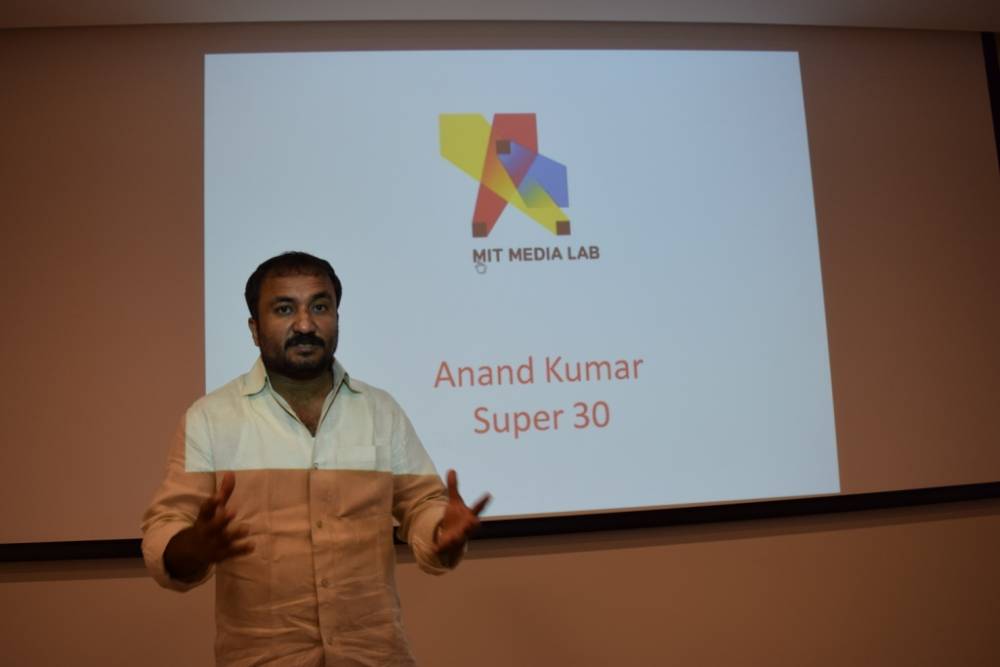 But this week Anand is in the USA, delivering lectures,  one at MIT and the other at Harvard today. He has come a long way from the time when the US Consulate at Calcutta rejected his application for even a tourist visa. This was around 2002 and he had just launched his ‘Super 30’ scheme under which a part of his earning from teaching Mathematics was set aside to provide board, lodging and coaching to 30 bright students from poor families who could not afford to go to Kota.

But by then his financial troubles were over. He was teaching an incredible number of students— as many as 600 in one batch, using a microphone clipped to his shirt. He was earning enough to have hired a Chartered Accountant as consultant and was paying a hefty amount as income tax. So much so that a smart police inspector demanded that he better pay the policeman a cut or the professor sahib would get framed in a false case, forcing Anand to hire a bodyguard.

But the Visa Officer at the US consulate was not impressed. Anand’s stock attire of jeans and a T-shirt with the buttons open would not have helped and he sounded dejected when he called to inform that the mission had ended in failure. Therefore the next time he received an invitation from the United States to engage a few classes, he called me before applying for Visa. I was posted in Calcutta then but had no clue how to help him out. I did the only thing I could and called the regional director of the American Centre. The only guarantee I could give, I told him, was that Anand would not stay back in the US. I then proceeded to narrate the young man’s incredible journey, which impressed him enough to promise that he would try to put in a word. It worked and Anand flew out on his first trip abroad.

I remember the time when he was teaching Mathematics in Patna without charging a paisa. I also remember the time when he invited me to see him coaching several hundred students crowded in a small hall. He was charging them the princely sum of Rs 25 every month to cover the cost of hiring the hall and making arrangements for drinking water. But the then IG of Police Abhayanand, who later became the DGP in Bihar, advised him to stop teaching for free. People, he told Anand, would not value anything they received without making an effort for it or without paying for it.

I was, therefore, astonished to hear Anand tell me on one of his visits to Lucknow around 1999 that I should stop worrying about sending him abroad. Around 1996 he had received admission in Cambridge University but he was advised to arrange for four or five lakh Rupees to cover his expenses during the first year. I had tried persuading the then Bihar chief minister to sponsor Anand. I took the idea to local Rotary and Lions Clubs and interceded with businessmen. But nothing had worked and soon I had to move out to Lucknow on transfer.

“ For a three-month coaching class in Mathematics,” I recall Anand telling me, “ the going rate in Patna is Rs 6,000 but for the first time in my life I conducted the course for the Joint Entrance Examination and charged only Rs 1000.” How many students had he taught? I asked and was surprised to be told that the number was 400.

Having watched him teach for even a short while was a lesson in itself. Because he seemed to have the ability to simplify the most complex of Mathematical problems to even novices like me. And the number of students willing to spend three hours listening to him in rather cramped conditions bore testimony to how well he communicated.

From Lucknow I had moved to Calcutta where one day I received a call from him. No bank, he complained, was willing to give him a credit card in Patna, which then was known for dons who would get loans sanctioned at gun point. So Anand flew down to Calcutta and offered to deposit X amount of money in a bank if they allowed him a credit card to enable him to buy books online. The bank was happy to oblige, I remember.

What is striking about him is the fine balance he has been able to maintain. Even when he was teaching five days a week, he would refuse to teach in the afternoon. That was the time he devoted to his family and to his own reading and writing. He could have doubled his earning by conducting an evening course but wouldn’t. Similarly, he had the chance to go abroad and teach. He didn’t.

I once suggested that Patna was too risky for him and he should think of shifting to New Delhi and he disarmingly said, “What will then happen to my students ?” .

His critics accuse him of hogging publicity in the media and he is undoubtedly media savvy unlike most academics. How indeed does he manage to lecture at MIT and also feel at ease in the company of politicians and business tycoons ? I wish I knew.

The restless young man occasionally calls. He appears dissatisfied at the kind of education we are imparting and the state of our schools and colleges. Should he confine himself to teaching or write text books, engage in research or get into administration ? Would it be better for him to establish a school ? Too easy for us to reply for him but I do know that he agonises over the choices life has presented him with.

His has been an incredible journey and one can only hope that the fairy tale continues.