Home  »  Website  »  Sports  »  Ashes, ENG Vs AUS, 5th Test: Jofra Archer Could Sense Steve Smith Was Not At His Best

Ashes, ENG Vs AUS, 5th Test: Jofra Archer Could Sense Steve Smith Was Not At His Best

Steve Smith's score of 80 on Day 2 of the fifth and final Ashes Test against England was a meagre one by his standards, and Jofra Archer could tell Australia's talisman was not on top form 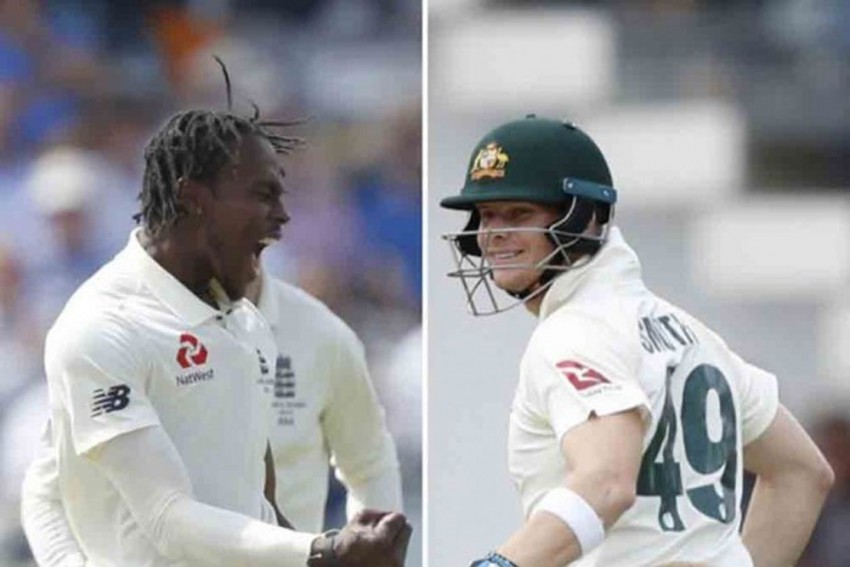 Jofra Archer and Steve Smith have engaged in an intense rivalry during the Ashes.
Composite: AP Photos
Omnisport September 14, 2019 00:00 IST Ashes, ENG Vs AUS, 5th Test: Jofra Archer Could Sense Steve Smith Was Not At His Best 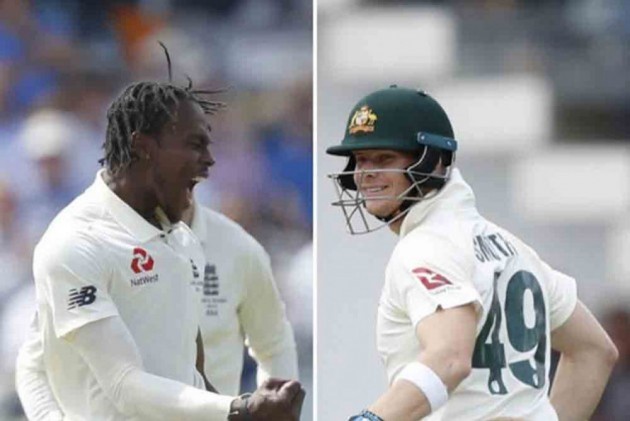 Jofra Archer could sense Steve Smith was not at his best at The Oval, where England denied Australia's Ashes hero a fourth three-figure score of a remarkable series.

Smith, who revealed after his first innings 80 he has been struggling with flu, was trapped lbw by Chris Woakes on day two.

Even when not at full health, the right-hander still provided the most impressive resistance of any member of the Australia batting line-up, which wilted in response to England's 294 all out.

The tourists may have already retained the urn but Archer's six-for restricted them to 225, with England surviving four overs before the close to take a lead of 78 runs into day three.

Asked in a media conference about England's satisfaction in getting Smith out for what, by his standards, was a low score, Archer replied: "It's weird, every time he bats, I don't know what it is, he literally cannot get out.

"When he plays a bad shot the ball just lands in no-man's land. Obviously he's a good batter, he's got a good temperament but the ball just never goes to hand.

"We know he's going to miss one. We always felt we had a chance."

THIS IS NOT A DRILL

Chris Woakes has dismissed Steve Smith for 'just' 80, his lowest score of the series!

England on course for a big first innings lead at The Oval.

Archer took the last wicket of the innings courtesy of a stunning one-handed catch from Rory Burns to dismiss Peter Siddle.

"When I saw him hit the ball I thought it was four to be honest, when I saw it going near him I didn't think it was going to carry either," said Archer of that final wicket.

"Special catch, even better to get us off the field. Sometimes if you don't get them out tonight they come back tomorrow and probably get another 30 or 40 runs and the lead isn't big.

"I don't think we should underestimate how good that catch was, especially with the position it's put us in."

Little stock will be put in England drawing the series to those outside the camp, but Archer still believes there is plenty at stake in the final Test.

Serie A 2019-20, Gameweek 3 Preview: Maurizio Sarri Back, Cristiando Ronaldo Firing On All Cylinders As Juventus Head For Fiorentina