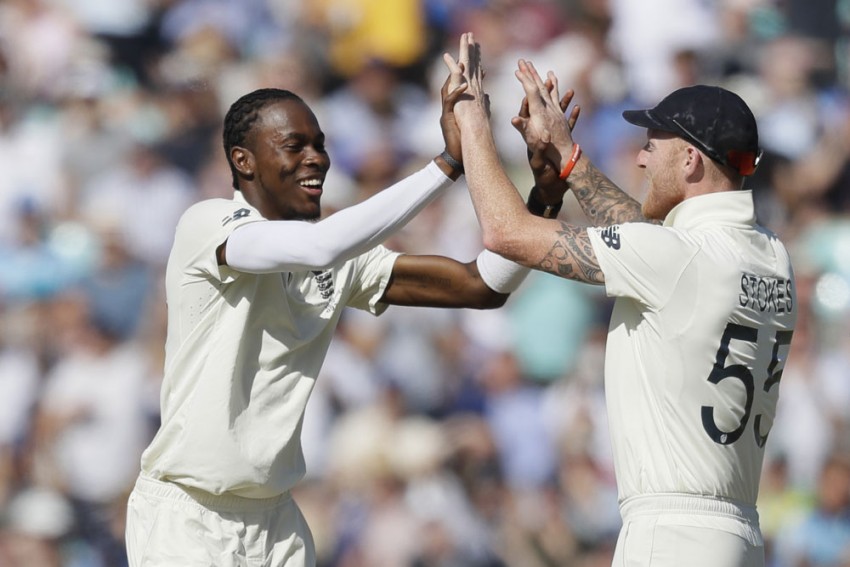 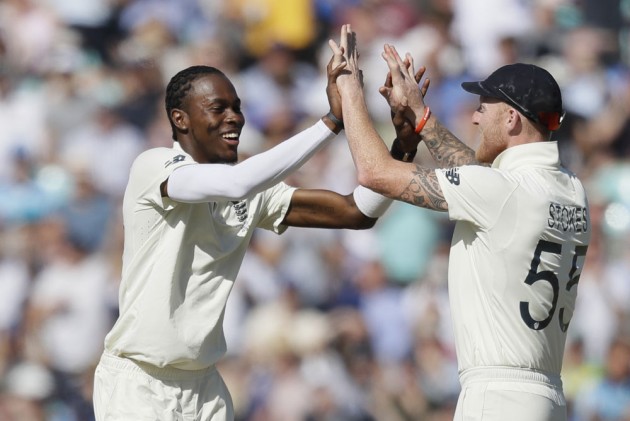 Jofra Archer claimed six wickets as England took control of the fifth and final Ashes Test on day two as they look to draw the series with Australia having already retained the urn.

Archer, however, condemned Australia to a first-innings deficit with a magnificent bowling display, while Chris Woakes ensured Australia's talisman Steve Smith did not post his fourth three-figure score of an incredible series.

David Warner's miserable run of form continued as he went for five to Archer, who then dismissed Marcus Harris (3) in a blistering start.

Australia were 187-8 when Smith, who is now just 16 runs shy of the top five on the list of most runs in an Ashes series on 751, departed. Despite some late resistance from Peter Siddle and Nathan Lyon, Archer polished off the tail to leave the tourists 225 all out and 69 runs behind.

Rory Burns and Joe Denly, who was late arriving to the ground following his wife giving birth to their second child, just about survived four overs before the close, extending the lead to 78 as England aim to make sure a disappointing series does not end in defeat.

Another absorbing day of Test cricket at The Oval

England finish 9/0, after Joe Denly was dropped in the last over of the day and Rory Burns was given out lbw last ball of the day, which was overturned on review!#Ashescricket pic.twitter.com/74o5FQE7Ct

The prospect of a 3-1 series result appeared more likely when Jos Buttler and Jack Leach fell in relatively short order after frustrating Australia late on day one.

However, Archer immediately set about putting Australia on the back foot.

Warner came into the match on the back of three successive ducks and he faced only eight balls before he sent a wafer-thin edge behind to wicketkeeper Jonny Bairstow, with only nine more runs added when Harris was caught at second slip.

A familiar tale appeared to be unfolding when Marnus Labuschagne and Smith made it to lunch unscathed in a third-wicket partnership.

However, that stand was ended when Labuschagne was trapped in front by Archer, with Smith again providing the only tangible resistance in the middle order, bringing up his fifty with a six over long on.

Matthew Wade and Mitchell Marsh each fell before Root dropped Smith at first slip off Sam Curran, who was soon sprinting away in celebration after removing Tim Paine and Pat Cummins in consecutive deliveries. Yet it was Woakes who prompted the biggest cheers of the day, trapping Smith in front.

Burns was dropped by Harris in fading light and also successfully reviewed a poor lbw decision from umpire Kumar Dharmasena from the last ball of the day as England made it through to stumps unscathed.

What has made Smith's series so impressive is that he has consistently been tasked with mounting recovery missions following top-order failures.

That was again the case at The Oval, as Warner and Harris fell cheaply yet again. There was great debate over whether Warner had connected with Archer's delivery that dismissed him on review, but the opening spots are a concern for Australia going forward.

ARCHER BACK TO HIS BEST

After a below-par display in defeat at Old Trafford, Archer will have been desperate for a better performance in the capital - and that is exactly what he produced.

He had Australia on the defensive inside six overs and, by removing Labuschagne, set the platform for Curran to make light work of the bulk of the middle order as the tourists produced a batting display with the ball.

It looked as if Root's drop of Smith would prove to be the key moment, but Woakes eased the home side's concerns when he struck the right-hander on the pads with a straight delivery to spark delirious celebrations.

- Australia's openers in the series have an average of 9.8 combined.

- David Warner has been out for single-figure scores in eight of his nine innings so far in this series.

- Jos Buttler has scored half-centuries in two of his last three Test innings at The Oval.

- Only David Warner (8) and Jonny Bairstow (19) have taken more catches than Rory Burns (5) in the series so far.