It’s Like Being Reborn In The World Of Fashion, Says Designer Duo Shantanu And Nikhil Mehra

Shantanu and Nikhil Mehra are ready to showcase their first-ever grand finale for the Lakme Fashion Week (LFW) and the designers feel like being "reborn in the world of fashion" as they call it their "ultimate exam". 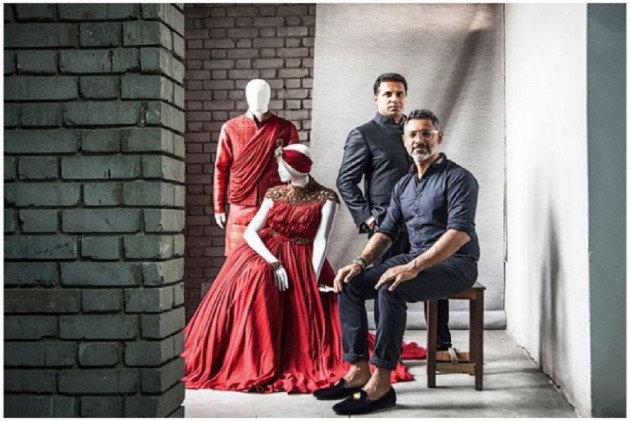 Shantanu and Nikhil Mehra are ready to showcase their first-ever grand finale for the LFW. "It has happened to us after 18 years and there isn't anything more exciting than this. The first Shantanu and Nikhil finale on a platform like Lakme Fashion Week which has continuously given fashion and makeup a new dimension," said Nikhil.

"It is almost like being reborn in the world of fashion. We still feel like -- Is this really happening to us? It is like the ultimate fashion show for us. The feeling is one of as if it is our first and last fashion show. This is the ultimate exam in the fashion world," added Shantanu.

The designers will showcase their first ever finale collection at the Summer/Resort edition of LFW that will start from January 30 at JioGarden, Bandra-Kurla Complex in Mumbai. Inspired by Matte Reinvent -- Lakme's beauty theme for the season -- the designers would present their latest collection titled Recruit SS'19 on February 4.

Their line promises to take the audience on an empowering journey of the culmination of modern authority in the contemporary Indian framework of beliefs and will highlight the evolution that has led to the emancipation of the millennial Indian woman. Talking about how much is this collaboration going to add responsibility on them as designers, Shantanu said: "Firstly we are always questioning ourselves at work and always looking to reinvent our styles and designs. We are looking for a disturbance in our equilibrium at work so it is not unusual for us to be putting ourselves into this position."

"As far as the responsibility is concerned, if you have a story to tell and you stick to it, just go full-throttle and that's what we are doing." Nikhil added. This time we are giving red a new dimension in a matte flavour. Red is also a colour we have never dabbled with and that by itself gave us an added sense of responsibility. How do we make red, black and gold -- the colours of the Lakme packaging this season -- integrate seamlessly.

"Then sort of weave it in with a story that has a strong emotional connect of valour, pride and integrity that pretty much sets the tone for this collection." The designers always focus on gender neutral clothing since a few years as they introduced men to draped kurtas which is considered to be extremely feminine and they accepted it nicely.

"We have taken que from that and moved to a line for a woman who is more empowered. The silhouettes are more structured which give her that opportunity to lead the path, this kind of story telling is what the ‘Recruit' will resonate with women because it speaks of their abilities through silhouettes," said Shantanu.

Talking about being a trend-setter, Nikhil said, "We've always considered to be an anti-trend brand of design, what others are doing that pretty much formulates the eco-system of trends and we have consciously tried to stay away from it. Even the gender equality that we try to show is through the medium of couture is more subdued and bring in a little more sanity but keep it more occasion driven.”

"This rude awakening has happened recently where we have fallen in love with the country we live in and feel the need to bring back some of those glorious moments of India and how about modernising it to cater to this new wave of the emerging market called the millennials," said Shantanu. With a lesson that states that "find your soul and stick with it" for newcomers, they also feel that the Indian fashion industry has now realised the opportunity that lies in India's history without having to depend on craftsmanship only but look for the inner craftsman.