Beating The Heat: A Sneak Peek Into Exotic Drinks Of Odisha

Odisha provides a plethora of delightful drinks to revitalize the mind and body during the peak summers. Prepared out of herbs and several natural ingredients, these drinks have their own share of fun. 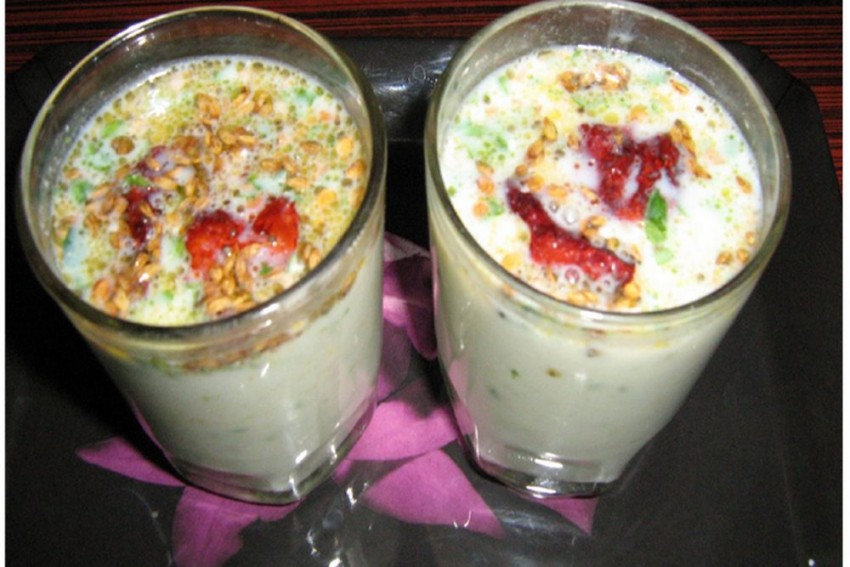 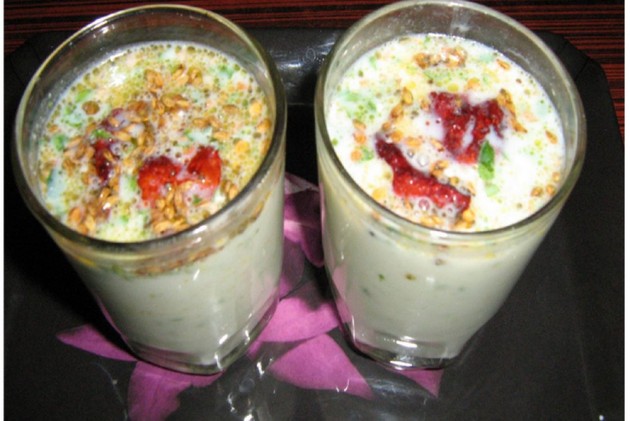 In the scorching summers in Odisha, with temperature soaring to 45 degrees, deaths due to sunstroke are not really uncommon. Like every year, heat waves are creating havoc all over India. Talking about Odisha, the capital city of Bhubaneshwar in the coastal zone has become one of the hottest cities in India. In Western Odisha and other hilly areas the heat is beyond description.

Very recently, coastal Odisha had witnessed cyclone Fani, which devastated large parts the state. The town of Puri was worst hit. The scorching heat put itself to rest in the aftermath of the torrential cyclone, that caused heavy downpour of rain and thunderstorm. A month passed, and Odisha is back to the same state of sweltering heat. This is the time when people of Odisha rejuvenate themselves with healthy local drinks.

During these months a variety of beverages that are prepared out of certain fruits, combined with herbs, are widely savored all over Odisha. These drinks possess medicinal values. People consume these drinks to cure stomach problems and get relief from the heat. These beverages are far healthier as compared to the aerated and fizzy soft drinks that are preferred by the people as they are easily available over the counter.

‘’Pitha- Panna’’, meaning cakes and concocted drinks is a popular phrase in Odisha that is used by every Odia during the festive seasons and pujas. Panna is a delightful concoction prepared out of a mixture of fruits, spices, curd and different types of herbs.

People of Odisha quench their thirst with fresh beverages that particularly belong to Odisha. These drinks are prepared in the households in several places of Odisha. Belapana, Chhenapana, Jharapana, etc., are some of the well-known local drinks that are savored to beat the hot summers.

Pana is often served as Prasad to Lord Jagannath during a local festival, called Pana Sankranti, which falls on 14th April. It is observed by the Hindu community, and also by the Buddhists residing in Odisha. The occasion is celebrated to mark the birthday of Lord Hanuman. People are also seen offering prayers at the Devi temples. Pana Sankranti is also called ‘Vishuva Sankranti’. The Odias celebrate the occasion as the Odia New Year day.

Talking about the different types of Pannas, each has its unique taste and medicinal property.

Bela Pana is a popular summer drink that is prepared with the pulp of the wood apple, which is the native fruit of the South East Asian region. It is known as ‘Bela’ in Odia. The pulp of the fruit is scooped out and mixed with water and stirred. The juice is then strained. It is then concocted with some milk or beaten curd. The quantity is considered as per the taste. Pepper powder increases the flavor and adds to taste. It can be served chilled or at normal room temperature. 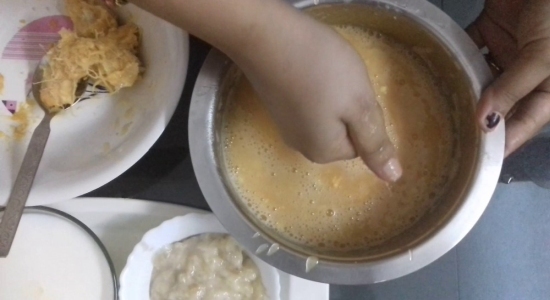 The mango flavored panna, or ‘Amba Pana’ is prepared out of the scooped pulp of boiled green mango, It is then mashed and processed through the strainer. Sugar, salt, and black salt are then mixed with the pulp. The entire mixture is liquefied with water. For seasoning and elevating the flavor, roasted cumin powdered along with some mint paste is added.

Chenna Pana is said to be very dear to Lord Jagannatha. It is specially prepared to mark the Odia New Year, which is celebrated during the 14th day of April every year. It is offered as a bhog to Lord Jagannath during the Pana Sankranti. The ‘chenna’, which is the cottage cheese, is mashed along with the bananas and milk. A light pinch of cardamom powder, nutmeg powder, black pepper, and ginger is added as per the taste and served chilled.

Mrs. Shobha Rani Basu, a retired IRS officer from Kolkata recollects her sweet childhood memories when asked about Panna. She fondly spoke about her special bond with panna during the scorching summers.

“Not the bottled stuff but freshly made from seasonal fruits like green mango and bel or wood apple. Rich yet light, unmatched combination of seasonal fruit, milk and yogurt, mint, cumin, etc. I recall the sweet-sour notes of green mango, the earthy fruitiness of bel mingled with crushed chenna, crunchy bits of diced mango as the heady drink when summer used to set in. The thought makes me nostalgic,’’ she told Outlook.

Torani is a cool drink, which is the fermented water, or the stale water of the boiled rice. Usually, every Odia consumes Pakhala Bhata regularly, which is prepared in Odia household in summer. It is a lavish concoction of water, curd, boiled rice stirred together with some herbs and spices added on to it. The leftover water is consumed the next day as a drink. 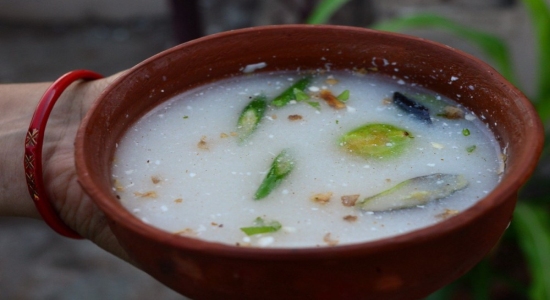 In several parts of India, Lassi is consumed widely in the summers. In Odisha, ‘Ghola Dahi‘or ‘Chalha’, as it is called locally is an important beverage to quench the thirst during a hot day. Thick curd is stirred with water. Salt or sugar is added for a better feel. It is served to the guests with a pinch of mint leaves to make it tangy. 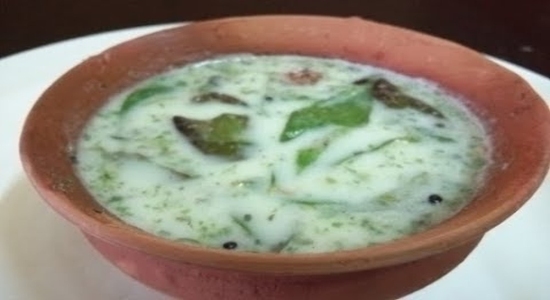 Mr. Vishvapavan Pati, a senior postal bureaucrat told Outlook, “This drink is very healthy and helps in digestion and keeping the stomach healthy.“

In the tribal areas of Odisha, a beverage called Mandia Peja is a rejuvenating drink that is preferred during hot summers. It is a wholesome soup that is prepared with ragi powder and the stale water of boiled rice. For the tribal people who find it difficult to survive the boiling heat, this drink plays a big role in bolstering the energy level.

The drink is convenient when it comes to preparation. Ragi powder is mixed with the stale liquid or the leftover water that had earlier been used in boiling the rice. It is later stored in a covered container for a few days to give a little sour taste.

A special type of panna is prepared in Western Odisha called ‘Jharapanna.’ It is made out of palua (arrowroot) a kind of root used for its medicinal property and soothing effect on stomach. It is mixed with curd or buttermilk, and widely consumed in hot summer. The preparation of this drink is time taking as compared to the other drinks.

The palua is soaked with a glass of water in a bowl, and is left undisturbed for around 20 minutes. The water then has to be drained, leaving behind the sediment. The sedimented palua is then cooked on a low flame, with half a glass of water added to it. It is slowly stirred, until a thick transparent paste is formed. The paste is then strained through a bhujiya mould, as it begins to drop like strands of noodles. Added with beaten curd, sugar or salt, and spices, the drink is then served chilled.

In coastal parts of Odisha such as Puri, humidity aggravates the discomfort among the locals. Coconut water is a favorite drink to combat heat, as coconuts are available plentifully in these areas.

Bhang, an intoxicant, added to any type of Pana, is quite popular in Puri.

Like the lip-smacking delicacies of Odisha, the beverages are exotic and are yet to come into limelight.