Sarahah- An App For Honesty Or A Safe Haven For Trolls? 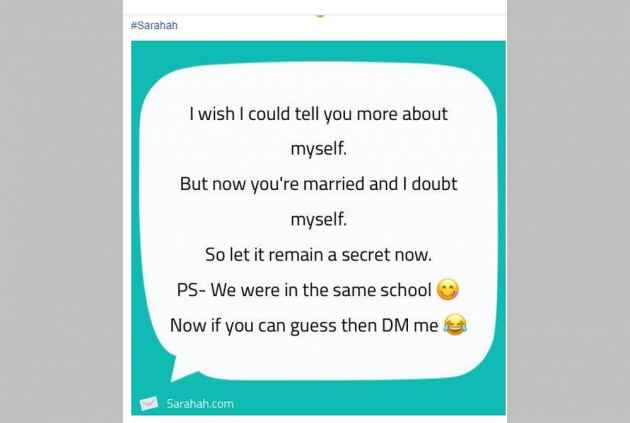 It is easy to appease the millenials. Throw in a brand new app and keep them buzzing. The new fodder to their social media frenzy is an app called 'Sarahah'.

For the uninitiated, Sarahah is an app that lets you receive anonymous feedback from workplace or friends, or at least, that's what the app hopes to achieve.

According to the website's bio, Sarahah helps users 'improve friendship by discovering strengths and areas for improvement' and 'let your friends be honest with you.'

The app is not the first in the digital market to allow space for self reflection, so to say.

Apps like Ask.FM, Secret and Whisper had already set a precedent but didn't quite meet a succesful fate.

They too opened doors to honest feedback and constructive criticisms but as is the wont of the modern day anatagonist, brutal trolling became more prominent.

Sarahah, Arabic for honesty, is a creation of Saudi developer Zain al-Abidin Tawfiq and was intended to be used by colleagues to offer genuine anonymous feedback. It took no time, however, to move beyond the workplace, slowly proving to be a safe haven for trolls feeding on the increasing insecurity of the 'Y.O.L.O' generation.

Launched as a web service in February, Sarahah became an app by June. It is not one for the faint hearted. When you sign up for it, you sign up for constructive criticism, romantic revelations, bullying and hate messages, all in that space of 5 MB on your phone's memory

Messages like 'Are you single' and 'You are a fat bitch' are unsurprisingly more popular than 'Hey, you should come to work on time'. More worrisome is that users allowed to access the app need only be as old as 13 years old, a relatively young and rather problematic age to understand the implications of a controversial app.

The minimum age to make an account on Facebook is thirteen.  Therefore, any app linked to Facebook will also require users aged at least thirteen to be legally allowed to use the app. The same goes for Sarahah.

To access the app, one has to share it on social media platforms such as Facebook or Twitter. The anonymous feedback thus received can vary from a slight rebuke by the boss to a hard hitting troll by a secret enemy.

With users as young as 13, the impact on psychological growth can be long lasting.

But its surging popularity is testimony to the newfound love the app has garnered, inspite of the drawbacks.

The app has about 5 million downloads on play store with many people lauding the inventive idea and an equal number of people bashing it for promoting cyber bullying.

One Shibil Shibu, a google user rated the app the lowest 1. His reason?

'Yesterday I signed up and searched for a friend and I start chat with her... But she didn't reply. Because I think she can search my profile for details. If she sees my profile she is gonna love me. This is the main reason I hate this app.' Another user at IOS went so far to say it can easily turn out to be a 'girl teasing app' and a 'perfect platform for spreading nudity and all sort of mischievous content.' Many believe it is not the app which is at fault but the user, should there be any unwanted criticism.

'There is always a possibility of being trolled and bullied but if you don't think you are up for it, don't download the app,' says 19-year-old student Vishesh who admitted he was 'hooked to it and the anticipation it entails.’

It does, however, poses a threat to the country's youth which has reported affinity to cyberbullying.

A report by the Business Standard titled 'India- A Country of Cyberbullying' published in November 2015 says, "81% of Indian respondents between eight and 16 are active on the social media networks. Of these, 22% have reported being bullied online — the highest in the four countries surveyed (Australia, USA and Singapore being the other three). That’s not all. As many as 52% of Indian children indicated that they had bullied people over the social media — again the highest of the four countries surveyed. A whopping 65% of respondents report witnessing cruel behaviour online."

In the context of such social media behaviour, how safe is an app that allows anonymous trolling is for the lookout but so far the reaction has been positive.