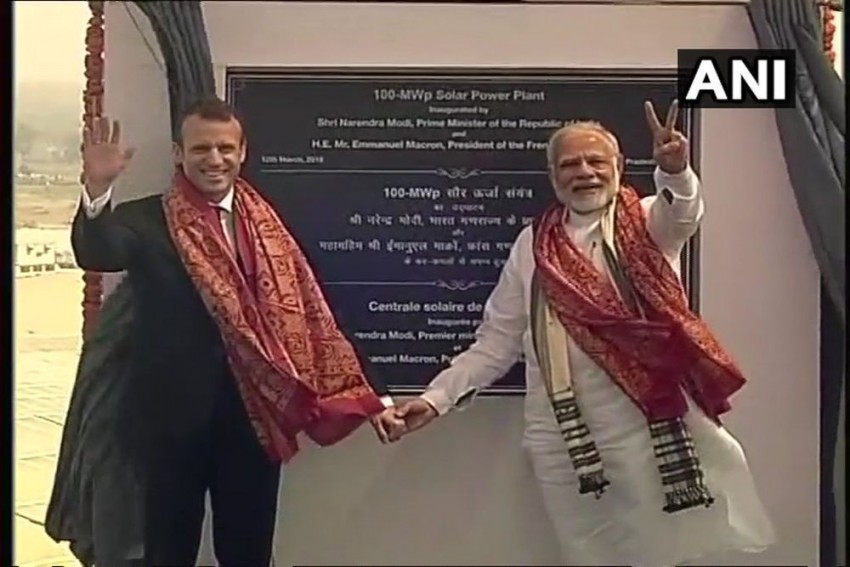 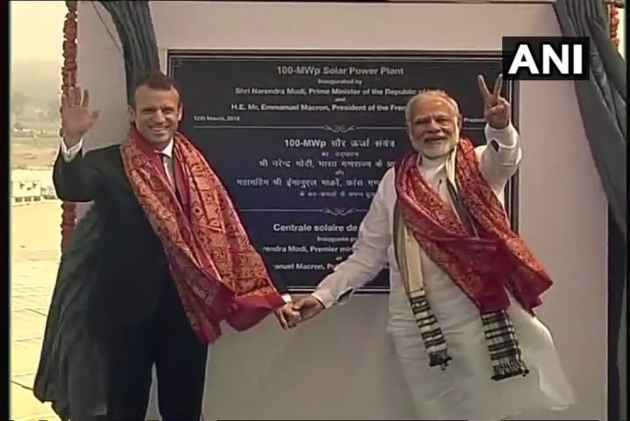 The prime minister and the French president pressed a button to energise the solar panels and dedicated the 75 MW facility to the people.

Built at a cost of around Rs 500 crore by French firm ENGIE, the 75 MW solar plant has come up at Dadar Kalan village on the hilly terrain of the Vindhyas range. Some 1,18,600 solar panels have been set up in over 380 acres.

The plant will generate 15.6 crore units of electricity annually, about 1.30 crore units per month.

Addressing the founding conference of the International Solar Alliance (ISA) in New Delhi yesterday, Modi had called for concessional financing and less-risky funds for solar projects to raise the share of solar power in the energy basket, provide cheaper electricity and cut carbon emissions.

Modi, the chief architect of ISA that seeks to bring together 121 nations, said India will generate 175 gigawatts (GW) of electricity from renewable energy sources by 2022.

This will be more than double the present renewable energy capacity and be enough to overtake renewable expansion in the European Union for the first time.

India needs some $83 billion between FY2018 and FY2022 to meet its 175 GW target, according to industry estimates.

At present, the country's renewable energy installed capacity is 63 GW. Solar and wind power tariffs have dropped to an all-time low of Rs 2.44 per unit and Rs 3.46 per unit, among the lowest in the world.

The ISA, headquartered in Gurgaon on Delhi's outskirts, is now a treaty-based inter-governmental organisation. It was established following the Paris Declaration as an alliance dedicated to the promotion of solar energy among its member countries.