National Rafale Jet Controversy: Why Is The Government Still Silent?

Rafale Jet Controversy: Why Is The Government Still Silent?

A Joint Parliamentary Committee (JPC) probe into the Rafale deal will be able to examine witnesses, access all the government files, which the Supreme Court or the CVC never delved into. 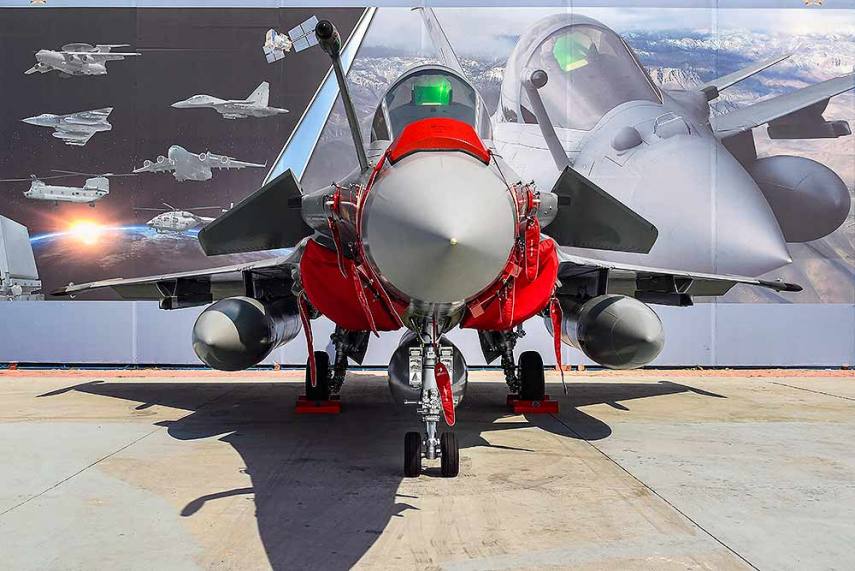 The first batch of the Indian Air Force’s Dassault Rafale fighter jets that took off from France’s Dassault Aviation production facility, Merignac, on July 27 made their way to Ambala in India, at an airbase location in Haryana, after undertaking nearly a 7,000-kilometre journey.

On July 03 2021, a judge from France called for a judicial investigation into the Rs 59,000 crore deal. The “highly sensitive investigation” will examine the claims of “corruption and favouritism” arising out of the 2016 deal for thirty-six Dassault-built Rafale jets.

The Indian National Congress, which has been alleging corruption in the same deal, asked Prime Minister Narendra Modi to also order a Joint Parliamentary Committee (JPC) investigation into the matter. The government, however, has maintained its stance as to there being no irregularities in the high-profile cross-border governmental deal.

Congress has alleged that the government acquired each jet at a cost of over Rs. 1,670 crores as against the Rs. 526 crore settled by the UPA government during negotiations for Medium Multi-Role Combat Aircrafts (MMRCA).

To summarise the timeline, we can start with 2011 when the Indian Air Force announced the models that met its specifications to upgrade to multi-role combat aircraft and named the Rafale and Eurofighter Typhoon.

In 2012, Dassault Aviation was the winner of the deal, with the lowest bid, having beaten the Eurofighter’s Typhoon and Swedish Saab’s Gripen-D light fighter aircraft. The French government then intervened in July 2014 to push for the Rafale deal with India. At that time the bid was for the 126 aircraft.

In December 2014, both governments discussed issues with respect to pricing and a guarantee clause for Dassault during the delegation talks. It was in January 2015, that the then Indian Defence Minister Manohar Parrikar said that there are “serious problems” in negotiations and instead of Rafales, additional Sukhoi-30MKI fighters would be adequate.

Ministry of Defence sources announced in February 2015 that the deal was “effectively dead”. It was only in April 2015, when Prime Minister Narendra Modi visited France and it was subsequently on April 10, the countries announced a deal for 36 aircrafts in fly-away condition. Until February 2016, there was a deadlock on the pricing issue.

In October 2016, Mr. Anil Ambani's Reliance Defence and Dassault Aviation announced a joint venture Dassault Reliance Aerospace Limited (DRAL) which was followed by the Indian government signing a Rs 59,000-crore deal with France’s Dassault Aviation to procure 36 Rafale fighter jets on September 2, 2016. Former French President Francois Hollande revealed in September 2018, that he “had no choice” in selecting the Indian offset partner and Reliance was named by the Indian side.

The Supreme Court of India on December 14, 2018 dismissed the petitions seeking an investigation into the alleged irregularities in the Rafale deal. A news report claimed in February 2019, that the Defence Ministry objected to the PMO’s “parallel negotiations” with France in 2015. INC’s Rahul Gandhi claimed there existed "black and white proof of corruption"

The Supreme Court reserved its order on pleas in May 2019, filed by advocates against the SC’s 2018 verdict while the government filed an affidavit seeking dismissal of the review. The SC bench consisting of CJI Ranjan Gogoi, Justices’ S.K. Kaul and K.M. Joseph rejected the petitions, and this led to the government getting a clean chit in the Rafale deal in November 2019. Subsequently, five twin-engine Rafales arrived in India in July 2020. The other 26 jets are expected to be delivered by the end of the year 2021.

It was in March 2021, when a Mediapart journalist Yann Philippin, reported on the deal. In a tweet, he said that a first complaint was “buried” by a former Parquet National Financier (PNF), or national financial prosecutor chief Elaine Houlette in 2019. Following that in April 2021, Mediapart cited an investigation by the French anti-corruption agency to report that Dassault Aviation paid an Indian middleman around a million Euros to cut that deal. A charge that the company “rejected”. PNF formally initiated an investigation into the Rafale jets deal on June 14 2021, after fresh allegations of “wrongdoings” emerged in March and a complaint was filed by the French anti-corruption NGO Sherpa. On July 3rd, a French Judge ordered a judicial probe into the Rs 59,000-crore deal.

Why is the Modi government still silent? It is the tax-paying common man of India that has been defrauded of what should rightfully be his due. France has shown zero tolerance towards corruption and not even spared their former President Nicolas Sarkozy. One can only hope that the investigation undertaken by the French anti-corruption agency into this scam will expose the truth and unearth the massive corruption.

Some pertinent facts are that Reliance owned 51% and Dassault owned 49% in the joint venture i.e. (DRAL). Reliance and Dassault had agreed to a maximum investment of 169 Million Euros, wherein Dassault (49% of stakeholders), pledged to provide 159 Million Euros i.e. 94% of the total agreed maximum investment. Reliance is 51% of the stakeholder was bringing only 10 Million Euros. It is important to note that as per clause 4.4.1 of the agreement between Reliance and Dassault, Reliance was to provide production facilities and ‘marketing for programme and services with the GOI’. Obviously, this references the ties of Reliance with the current government. Under the agreement between Reliance and Dassault, Hindustan Aeronautics Limited i.e. HAL was excluded; as now DRAL was in charge of  Rafale’s ‘Aircraft Final Assembly Line’. On 25th March 2015, Mr Eric Trappier, CEO of Dassault Aviation, in presence of the Chief of Indian Air Force and Chairman of HAL, stated in Bangalore that Dassault and HAL were in agreement as per the RFP signed by them. Intriguingly, on 26th March 2015, Reliance and Dassault signed an MoU. This took place a mere 15 days before the announcement by the Prime Minister, Narendra Modi on 10th April 2015 to purchase 36 Rafale Aircraft for 7.8 Billion Euros without any transfer of technology and overhauling the Congress-UPA global tender to purchase the 126 Aircraft.

Why should a JPC not probe this? A JPC will be able to examine witnesses, access all the government files, which the Supreme Court or the CVC never delved into. They will be able to probe and carry on all proceedings as a Civil Court. We must ensure that all defence deals, particularly India’s biggest defence deal is transparent, accountable and free from any corruption. The government must come clean on the issue and there is a need for a JPC probe where all such facets, all such matters, all such records, noting, documents, everything is probed properly. A JPC is the only way forward.

(KTS Tulsi is a Member Parliament (Rajya Sabha), Senior Advocate. Pallavi M. Bhardwaj is an Advocate. Views expressed in this article may not necessarily reflect the views of Outlook Magazine.)