NIA is about to record its first extradition from Thailand; it could expose hawala rackets used to finance illegal arms deals for rebel groups 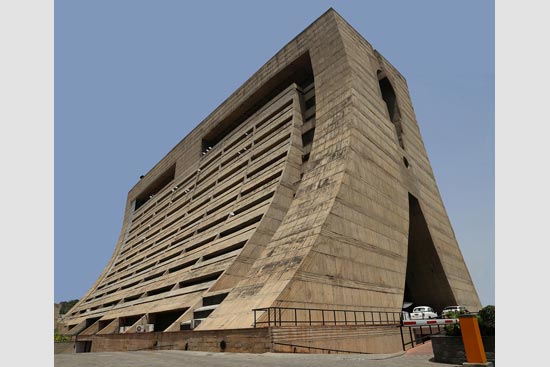 The National Investigation Agency (NIA), India's terror probe agency, is very close to busting a major hawala racket in the country due to its first ever extradition. Recently, an appeals court in Thailand ruled that Wutthikorn Naruenartwanich (aka Willy), who has been in custody in Thailand for two years, could be extradited to India to face prosecution. All that is left is for the Thai Prime Minister to consider Willy's petition to stop the extradition of a Thai citizen.

Willy's extradition has taken several years because there is no such treaty between Indian and Thailand and the extradition request had to withstand the test of Thai courts. What worked for the NIA was that Willy was not charged with any political or military crimes but for a crime which was punishable in its own country. Willy is being charged with “conspiracy to war against the nation” by supplying arms to a rebel outfit — the Nagaland Nationalist Council (Isaac Muivah) or NSCN-IM.

NIA officials hope to have him in New Delhi shortly and further investigations could also nail the smuggler who had committed to shipping the weapons to Bangladesh. The government believes that this arms dealer was used by various other outfits in India including other rebel groups in the Northeast India.

Anthony Shimray, foreign secretary of the NSCN-IM, and the NSCN-IM had allegedly paid USD 1.2 million using the hawala racket to buy a large cache of arms and ammunitions through Willy. As per the NIA, Kitichai Rimkeeratikul of the Thailand-based Inter Marine Shipping Company Ltd had promised to deliver it for another USD two million. The NIA extracted a receipt for the USD one million paid on behalf of the NSCN-IM.

The tale begins in October 2?010 when the NIA arrested Shimray in Patna for buying arms to supply the Naga rebel group. Based on Shimray's custodial interrogation (reported by Outlook in 2011) and following a trail of his emails, the NIA was able to pinpoint Willy as the middleman who set up the deals.

The last major arms procurement by the NSCN-IM had been in 1999. Most of its purchases were from a Chinese company called NORINCO, which specialises in cloning almost any weapon known to man. The NSCN-IM was actually buying cheap Chinese versions of Kalashnikovs, rocket and grenade launchers, handguns, ammunitions and explosives from the Chinese arms maker.

In 2007, despite a cease fire between the NSCN-IM and Indian security forces, Shimray set about procuring a large arms cache for the Naga rebel group. Some say it was because Azetho Sumi, a NSCN-IM general, defected with soldiers and arms and ammunition from the NSCN-IM to its rival faction NSCN-Khaplang. Others alleged that China was using backdoor methods to keep the conflict going in the Northeast as was Pakistan's ISI.

From 2008 onwards, Shimray visited Bangkok a few times and met with Willy at a massage parlour, one of many that the latter owns as a front for other activities such as facilitating illegal gunrunning. The main massage outlet is located in Bangkok's upmarket Ratchadamri Road. Willy helped to set up the arms deal and even made arrangements with a Thailand-based shipping company to pick up the consignment from Beihei Port in South China and deliver it at Cox's Bazaar in Chittagong, Bangladesh. Though it doesn't figure in the chargesheet, the NIA has tracked the agents used to make the payments by cash in India and eventually realized in China, via Bangkok.

In 2010, NSCN-IM asked to delay the delivery because the situation in Bangladesh was unfavourable for them. The NSCN-IM planned to keep some of the arms in their camps in Bangladesh and smuggle the rest to its troops in India through Tripura and Nagaland.

Soon afterwards, Shimray was arrested from Patna through a joint raid of the Intelligence Bureau and the NIA. In the chargesheet, filed subsequently, the NIA charged three other people. Two were members of the NSCN-IM — its defence minister HR Tangkhul and a rebel soldier, TR Calvin. The third was Willy Narunartwanich.

Tangkhul and Calvin are still at-large but the arrest warrant for Willy was sent via Interpol to the Thai government in 2012. In 2013, the Thai police arrested Willy and India sent an extradition request via diplomatic channels. Subsequently, the Thai Attorney General applied to a court in Thailand asking that Willy be extradited to India to face trail. The Thai AG felt that the offences which Willy Narunartwanich had been charged with committing against India had the same gravity in Thailand. Besides, the crimes were not military or political in nature.

In his defence, Willy claims that he had thought it was a legal arms purchase and introduced Shimray to a friend, a Mr Pong. The Thai officials have not been able to trace this Mr Pong and the courts also believe that it was a fictitious creation of Willy. Legally, Willy had sought protection as being a Thai citizen and Thailand does not extradite its citizens to other countries. Willy supposedly spent around Rs 2-3 crore to prevent the extradition.

During the hearing, Willy also submitted an investigation report by Thailand's Crime Suppression Department, which had said that the investigation against him was baseless. However, as per a Thai news outlet, the Thai court held that this report addressed allegations of criminal offences in Thailand. The extradtition case related to violation of Indian laws.

In 2014, the Thai court returned a verdict saying that Willy could be extradited based on the Thai AG's reasoning. It held that there was a treaty of reciprocity between the Thai and Indian governments and their laws corresponded in respect of the crimes that Willy had been charged with — specifically Sections 114, 135/1, 135/2, 135/3 and 210 of the Thai Criminal Code with the applicable sections under the Indian Unlawful Activities (Prevention) Act.

Till India had asked for his extradition, the Thai government was not directly investigating Willy for playing middleman to illegal arms deals. But, they were happy to almost bend over backwards for multiple reasons. Firstly, it would help clean Thailand's image of being a venue for clandestine deals. Secondly, the Willy extradition case has now set a precedent that will deter Indian criminals from seeking shelter in Thailand. Though it follows the common law system, the Thai judicial system does not always consider past decisions as a cast-iron precedent.

In September 2015, the Thai appeals court rejected Willy's appeal and the NIA is now preparing to send a team to bring him back to New Delhi to face prosecution. The case against Shimray at a court in Delhi is also nearing completion.

?Between Shimray's arrest and Willy's extradition order by the Thai court, India signed a peace accord with the NSCN-IM a few months ago. NSVN-IM's former army chief VS Atem had described it as a 'framework' to Outlook.

Immunity from prosecution for its soldiers and actors usually complement most such peace accords with a rebel outfit. In this case, Shimray has been in jail for five years now while two others are absconding. Former IB officer RN Ravi, who brokered the peace deal with the NSCN-IM chose not to comment on whether such immunity was on the table during discussions.

Lit Up In Solidarity