The four Indian-American Democrat members of the House of Representatives were re-elected in Tuesday's election and a member of the community won the Attorney General's position in Wisconsin state. 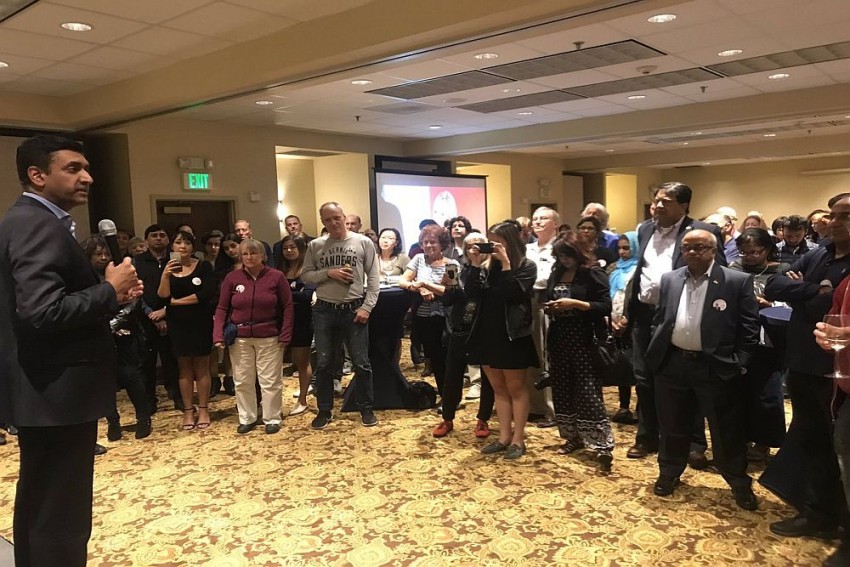 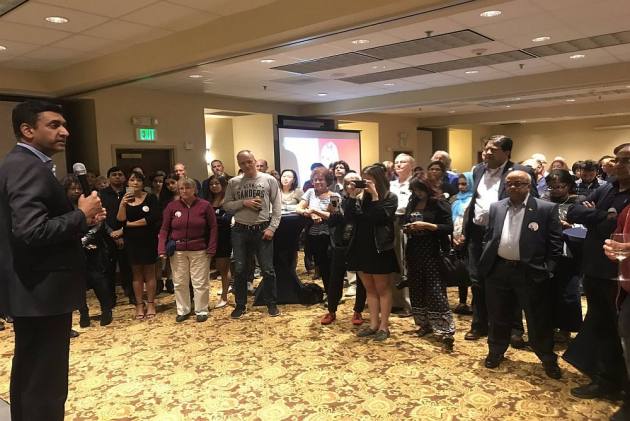 In a sign of the Indian-American community's growing political involvement in the United States of America, all the four Indian-American Democrat members of the House of Representatives were re-elected in Tuesday's election and a member of the community won the Attorney General's position in Wisconsin state.

Together with the only Senator of Indian descent, Kamala Harris, they make up what they themselves jokingly call "The Samosa Caucus," Harris won from California in 2016 did not face a re-election as she has a six-year term.

Raja Krishnamoorthi, who represents a constituency near Chicago in Illinois, won about 66 percent of the votes to defeat his Indian-American challenger J.D. Diganvker of the Republican Party. The other House candidates re-elected were Pramila Jeyapal from Washington State, Ro Khanna and Ami Bera from California.

Raja Krishnamoorthi was re-elected to represent 8th district near Chicago in Illinois. He was elected to on November 8, 2016, for the first time in the United States Congress. Krishnamoorthi got about 66 percent of the votes by defeating his Indian-American challenger J.D. Diganvker of the Republican Party.

Ami Bera secured 52.7 percent vote as he got re-elected to represent California’s 7th District in the US House of Representatives. He earned his B.S. and M.D. from the University of California, Irvine. Bera is the longest-serving Indian American currently serving in Congress. He has lived in Elk Grove, California for 20 years with his wife Janine, who is also a medical doctor and daughter Sydra.

Pramila Jayapal  a Democratic member of the Washington State Senate, representing District 37 from 2014 to 2016. She defeated Craig Keller of Republican by securing 84 perfect of the votes. Jayapal born in India, raised in Indonesia and Singapore, will now represent Washington's 7th District in the US House.

She traveled to the United States from her birthplace in Chennai, for higher studies at Georgetown University. In 2014, she became the first South Asian-American ever elected to the Washington state Legislature.

Ro Khanna Congressman who represents California’s 17th District secured his position by defeating Ron Cohen of Republican party.  Born in 1976 to Indian parents, he graduated Phi Beta Kappa with a B.A. in economics from the University of Chicago, and received a law degree from Yale University.

In 2009, President Obama appointed Ro to serve as Deputy Assistant Secretary at the US Department of Commerce.

At least seven other Indians ran for Congress on Democratic Party tickets but lost according to a database of the Indian American Impact Fund and Desis for Progress, which had endorsed them.