While Vanessa Ward was at a grocery store, she decided to try her luck and without expecting much, purchased a 'Win a Spin' scratch-off ticket at the store. Everything changed thereafter. 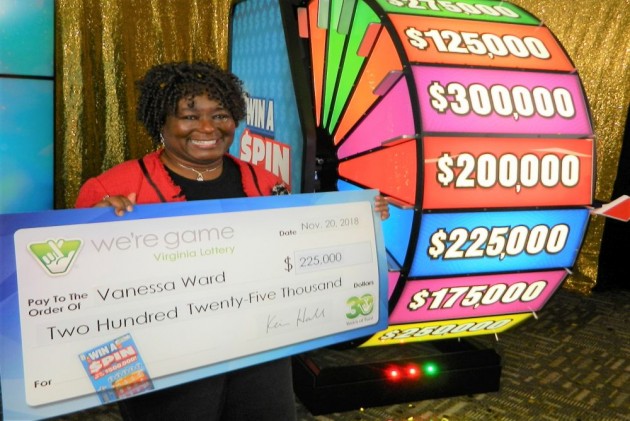 The stars couldn't have been more perfectly aligned for Vanessa Ward when, on a bright sunny day, she decided to take make a quick visit to a grocery store.

Ward, who is from Maryland, US., was asked by her father to fetch some cabbage from a grocery store. Unaware of what the universe had conspired for her, she entered Giant Food Store in Groveton to do the grocery shopping for her father. While she was at the store, Ward decided to try her luck and without expecting much, purchased a 'Win a Spin' scratch-off ticket at the store.

'Win a Spin' is a lottery-wheel game where the ticket holder is given a chance to spin the wheel, and awarded a prize or an amount, depending on where the wheel stops.

When ward reached home and scratched the ticket, she was left bewildered at the surprise of her life. She had won the game's top prize: a chance to have a go at the 'Big Wheel' at the Virginia Lottery headquarters, meaning a possibility of winning an amount of between $1,00,000 to $5,00,000.

On the big day, while Vanessa was recalling the turn of events that led her to the position she was in, her chance to give the wheel a good spin came. She did. And she won big--$2,250,000, which is approximately Rs 1.5 crore.

Elated and amused beyond words at her win, Vanessa has decided, wisely, to use the money for her retirement plans which, among other things, also includes a trip to Disney Land.