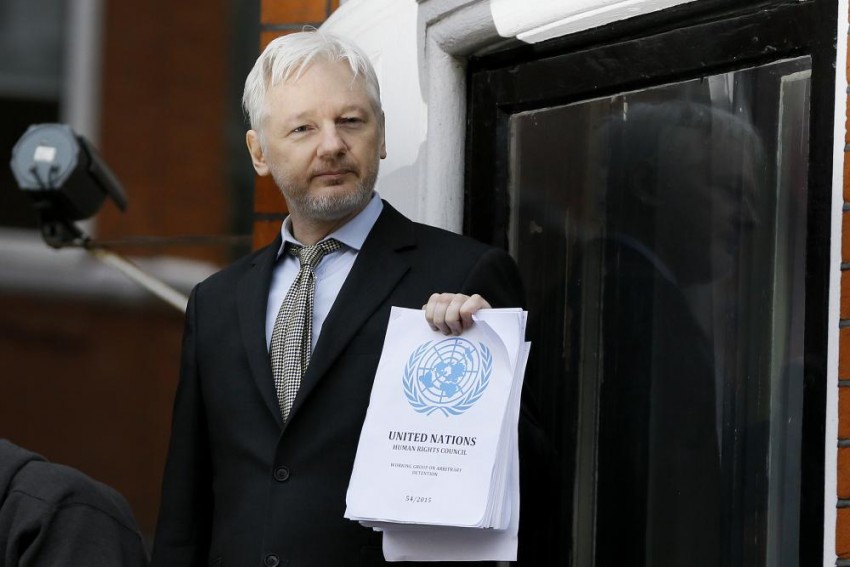 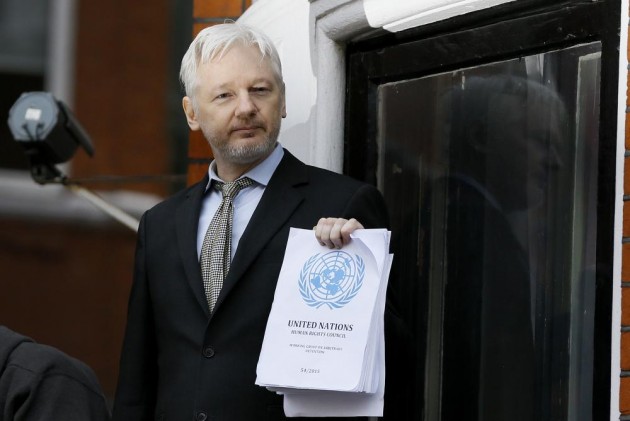 In or out is the question
Priti Patel, an Indian origin minister in the Tory government has become the latest symbol of the divisive debate over Brexit, the popular abbreviation for Britain's exit from the European Union. The Brexit issue has dominated politics in Britain with hectic lobbying either for or against the issue. While Prime Minister Cameron is clearly against an exit, Tory grassroot activists are taking him on with 44 of them having written to him accusing him of 'disrespecting' the 'loyal servants' who helped form a majority government. 10 Downing Street is also concerned about a possible revolt within cabinet members including Ian Duncan Smith and a wavering Cameron loyalist Michael Gove. Now Patel, the employment minister in Cameron's cabinet has emerged as the poster girl for the Out campaign, with pressure being put on her to be less vocal about her stand.

Not far from No 10, is the Equadorian embassy, the home of Julian Assange since 2012. Last week, he emerged on the balcony for an Eva Peron moment when he waved aloft the UN working group's verdict that he was unjustly held since 2010. British taxpayers have shelled out £13.8 million to ensure he stayed confined to his diplomatic refuge. One of his early supporters, Rachel Johnson has hit out at Assange in her column in a national newspaper where she writes: '

Assange is the subject of a Pentagon manhunt for what he did—publishing classified and secret documents that had been illegally obtained. If Assange…wants to persuade the world he's not the biggest coward in Britain, then he's got to take the consequences for his actions…He has to go downstairs, open the front door, and step outside. Then, and only then, might he be taken for the brave anti-hero for open democracy that I am struggling to believe he still is….In the name of God, Assange—go.'

While the Assange saga is still unfolding, Equador, having offered him refuge, is now demanding compensation for having kept him the last few years.

A bottle of air!
Delhi's citizens, struggling to cope with the effects of pollution, now have a possible antidote—bottled fresh air! A former public schoolboy in Britain has been making thousands of pounds selling bottled air priced at £80 to the Chinese. Leo De Watts, who now lives in Hong Kong, 'farms' fresh-air from Dorset, Somerset, Wales, Wiltshire and Yorkshire and is selling the bottles to people in the smog-plagued cities of Beijing and Shanghai. His team puts bottles in specially adapted fishing nets and holds them aloft as they run through fields to 'harvest' the product, which is then left open for up to 10 minutes to capture the area's aroma. So its not just air, but you even have various flavours you can breathe in, while De Watts sings his way to the bank. In just a few weeks of its launch he has already sold 180 580ml containers to customers. Once unbottled the 'experience' of inhaling the fresh-air lasts just a few seconds. De Watts claims his company Aethaer, is selling the 'Louis Vuitton or Gucci' of fresh-air which comes with its unique aroma depending on where it comes from.
A lot of hot air?

LGBT's legal support
For all those supporting LGBT rights in India, this will come as encouraging news. History was made in the UK when a transgender woman became a leading judge in High Court. Dr Victoria McCloud is the most senior public figure known to have transitioned from male to female. She has been the youngest Master in the High Court to have presided over cases involving celebs like Russell Brand and Katie Price. She lives in London with her transgender partner, NHS psychiatrist Dr Annie McCloud. They have been in a civil partnership since 2006.

Reviving an Institution
Britain's Women's Institute, known for its fusty image of jam-making and knitting, traditionally by older women, is now becoming hip and young. Younger recruits have taken to yoga and meeting in pubs and they are springing up all across the UK. Last year alone 150 new WIs opened and more than 40,000 members have joined with more on the waiting list.

Formed during World War 1 to encourage women to make the most of their household budgets, the WI meetings are now becoming a trendy opportunity to meet women of different ages and walks of life at wine bars and pubs. While craft and cooking still remains a part of their agenda, yoga is becoming extremely popular in what is the largest voluntary women's organisation in the UK.