While for Londoners like us, venturing into Oxford Street or Regent Street seems like a nightmare during the summer holidays, they are a haven for tourists. 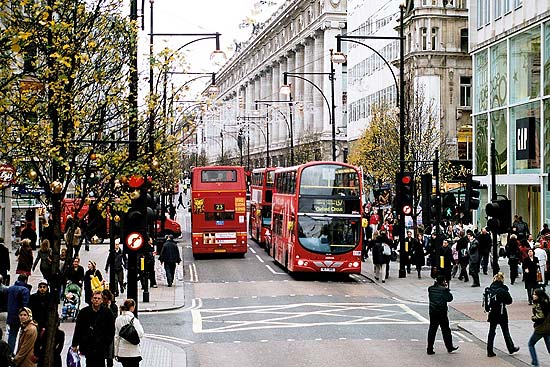 The Indian summer trickles in

The Indian summer is slowly getting here…no, we are not talking about the weather. The month of May here —  unlike the soaring temperatures in India  — has remained one of the coldest, wet and blustery Mays. But Indian art and culture events have picked up speed. Indian tourists, including Bollywood stars and sports personalities have started pouring in. With Wimbledon round the corner there won't be a shortage of Indian who's who rushing into London.

While for Londoners like us, venturing into Oxford Street or Regent Street or stores like Harrods and Selfridges seems like a nightmare during the summer holidays, they are a haven for tourists. One can notice how the number of Indian tourists has increased over the years. It's hardly surprising to spot Bollywood stars, politicians, bureaucrats among the hoi polloi merrily shopping away through the maze of people. And lobbies of hotels like Bentley, The Taj Crowne Plaza, The Court House and The Washington feel like one is back in India.

The famous South Bank Centre became a mini Indian paradise in the latter half of May. The Jaipur Literature Festival came here for the second year with a two-day festival. While authors discussed books, just across the venue, Asian music and dance was being celebrated at the Alchemy Festival. The festival has been celebrating South Asian talent for years, and has become quite a landmark event.

The wide range of events had something for everyone. There was the popular Shreya Ghoshal, tabla virtuoso Zakir Hussain, the play Nirbhaya, based on the infamous Delhi bus rape and a pool-based synchronised water Kathak with live music.

There was also Bishi, a London-born Bengali multi-instrumentalist, with a one woman show that combined music and technology. Trained in both Eastern and Western classical sounds, she has been trained by maestros like Pt Ravi Shankar. A classical pianist and sitar player, the lead track of Bishi's Albion Voice focuses on how the colour of her skin may be Indian, but she feels British. Written in English, Bengali, Bulgarian and Biblical Greek, the album reflects the cosmopolitan nature of London.

The experience did not end there. There was an Indian street food bazaar in the outdoors selling everything from biryani, chhole, samosas to dosa and idli. And the queues clearly showed just how Indian food has become a part of the British palate. It was quite an event — one that tickled all the senses.

Make Literature while at Hay

I am not yet done with festivals. Tucked in Wales, the 10-day Hay Festival attracts authors, publishers, book lovers, students from far and wide. Noticeably, the number of Indian writers and speakers are constantly growing, and this year there were more than a dozen of them from all walks of life. There was Nobel Laureate Amartya Sen, Satish Kumar, a former monk and an environmentalist, Bharat Malkani, a lecturer at Birmingham Law School and others like Vikram Seth, Meera Syal and Alok Jha. Shashi Tharoor and Sonia Faleiro were also there to discuss India's Hard Truths, and several others spoke on a variety of subjects.

That was not the only Indian touch in the festival. For the second year running, Tata was the partner of Hay Festival and the Tata Tent, the largest at the festival had a flurry of eminent speakers, including Jude Law and Stephen Fry, to name a few. Interestingly, for the first time the Taj Group also reinvented classic English novels with unique covers, created by modern British artistes. This year it was Alice's Adventures in Wonderland. And I am told, The Jungle Book won't be far. Tata seems to be concentrating on the youth at the festival, with a Range Rover Evoque on site promoting the brand's scholarships for women in engineering, or taster workshop sessions for best practices in computer coding. The buzz at the festival is such that it is truly worth a visit for all age groups. Excited children could be seen sprawled out with crayons and drawing sheets during a workshop. If the literary session got exhausting there were ample number of bars and restaurants for a bit of relaxation!

This is bizarre indeed, but true, and I am still trying to figure out what to make of it. A self-confessed 'voyeur' pensioner from Bristol is advertising in his local newsagents for a £20-an-hour nude cleaner and has received around 11 applications a week.

The 69-year-old divorcee, who only wants to be known as John, expects the cleaner to wash the dishes, do a bit of dusting and general tidying — all naked and in return get paid above the market rate.

And John does not believe he is doing anything illegal. "I'm a voyeur, in the truest sense of the word. If I was a pervert, I would use an escort agency. If I wanted sex, I would go to a red light district. Demeaning to women? I don't think it is. I think that is pathetic actually," he claims.

Living with his rescue cat Noodles, John's secret is known by only one friend of his, who he says first inspired him to look into hiring a naked cleaner after a conversation they had.

The newsagent agreed to accept the advert because they felt it was not rude. And the applicants had to be between the age of 30 and 55. Of the 11 applicants he spoke to, he shortlisted four who then met him over coffee. In the past he has had a number of such cleaners, the first one, after working for him for 18 months, moved to another town because her husband got a promotion at work.

The retired voyeuristic pensioner even shares a glass of wine with the cleaner after her work is done. He says, ''Often they say to me after their first shift: "That was not as bad as I thought"

His criteria for selection is: 'I look for somebody who is interesting physically and somebody who has a life. Someone who feels happy within themselves. I think humans are interesting in all shapes and sizes but a person's personality shines through when they are in the nude. We all have things we would like to improve. I disagree with cosmetic surgery.'

He claims two of his old cleaners still text him to find out how he is. At the moment he seems to be happy continuing with his habit. It's his pension after all!