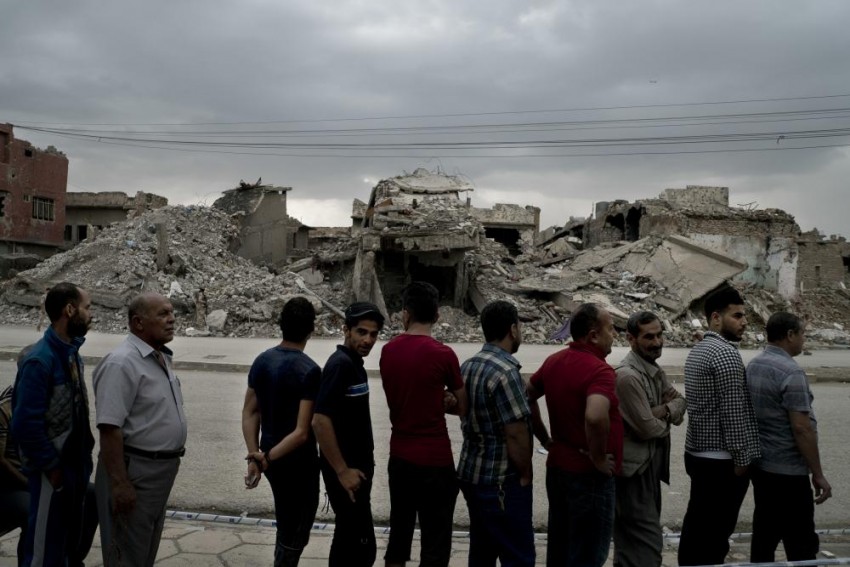 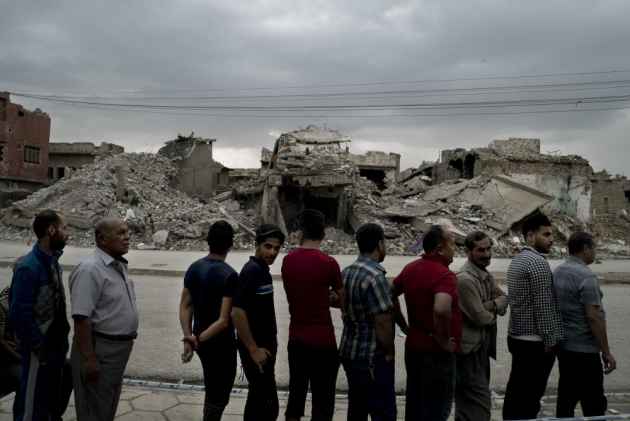 Iraq voted today in its first parliamentary election since the defeat of the Islamic State.

The polls are held amid growing tensions between neighbouring Iran and the United States threatening a power struggle.

Turnout appeared weak as polling stations closed across the country after 11 hours of voting that took place under tight security given the ongoing threat posed by the jihadists.

There were no major incidents reported across the country, with the only flareup coming when, a local official said, shelling killed a policeman and wounded five others in eastern Iraq.

The poll comes with tensions surging between key powers Iran and the United States after Washington pulled out of a landmark 2015 nuclear deal, sparking fears of a destabilising power struggle in Iraq.

Roughly 24.5 million voters face a fragmented political landscape five months after IS was ousted, with the dominant Shiites split, the Kurds in disarray and Sunnis sidelined.

More than 15 blood-sodden years since the US-led ouster of Saddam Hussein, there is scepticism about a political system dominated by an elite seen as mired in corruption and sectarianism.

At a polling station in the Baghdad district of Karrada, 74-year-old voter Sami Wadi appealed for change "to save the country".

He called on Iraqis "to prevent those who have controlled the nation since 2003 from staying in power".

While voting stations in the capital were sparsely attended, in some part of the country there seemed greater interest in the vote.

In the former IS bastion of Mosul -- still partly in ruins from the months-long fight to oust the group -- residents queued up to make their choice as they look to recover from jihadist rule.

"I am voting for security and the economy to stabilise and for a better future," said labourer Ali Fahmi, 26.

Prime Minister Haider al-Abadi -- who took office as IS rampaged across Iraq in 2014 -- is angling for a new term, claiming credit for defeating the jihadists and seeing off a Kurdish push for independence.

But competition from within his Shiite community, the majority group dominating Iraqi politics, will likely splinter the vote and spell lengthy horse-trading to form any government.

"Iraq is strong and unified after defeating terror," Abadi said after voting. "The elections will determine Iraq's future." Whoever emerges as premier will face the mammoth task of rebuilding a country left shattered by the battle against IS -- with donors already pledging USD 30 billion.

More than two million people remain internally displaced and IS -- which has threatened the polls -- is still able to launch deadly attacks.

Iraq has long been a crucible for the rivalry between Iran and the US, with Tehran exerting influence over Shiite politicians and Washington deploying troops to fight IS.

Overall, just under 7,000 candidates are standing and Iraq's complex system means no single bloc is likely to get anything near a majority in the 329-seat parliament.

Abadi -- a consensus figure who has balanced the US and Iran -- is facing two leading challengers to his Victory Alliance with closer ties to Tehran. Ex-premier Nuri al-Maliki is widely reviled for stirring sectarianism and losing territory to IS, but draws support from hardliners.

"I wish for all to go to the ballot boxes to make their choice," Maliki said after casting his ballot, demanding authorities stop "attempts at falsification through the pressuring of voters".

Hadi al-Ameri -- a contender who led Iran-backed paramilitary units that fought IS alongside Baghdad's troops -- called for "change" as he seeks to turn battlefield wins into political gains.

Votes in Sunni heartlands once dominated by IS -- including Mosul -- are up in the air as traditional alliances have been shredded by the fallout of jihadist rule. Political forces in the Kurdish community -- often seen as kingmakers -- are also in disarray after a September vote for independence spectacularly backfired.

The Kurds look set to lose some of their clout on the national stage after Baghdad unleashed a battery of sanctions and seized back disputed oil-rich regions.

Putting on a brave face, the prime minister of autonomous Kurdistan, Nechirvan Barzani, insisted the political process would not succeed "without Kurdish participation".

"No party can form the next government without alliances," he said in televised comments after voting.

An announcement on the turnout was due Saturday evening and initial results are expected in three days.