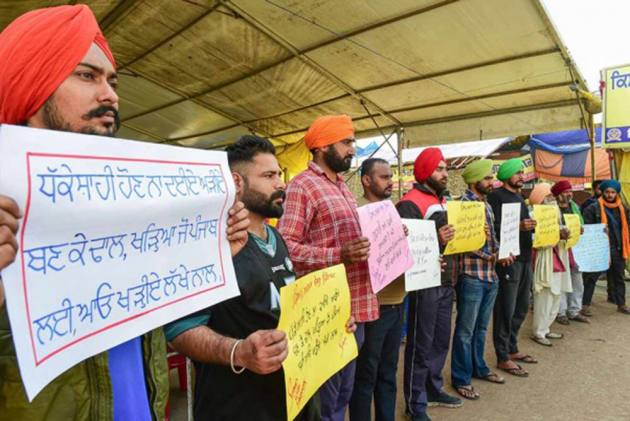 Refusing to step down until their demands are met, protesting farm unions announced that they will carry out a four-hour nationwide 'rail roko' (railway blockade) on February 18.

The announcement comes just hours after Prime Minister Narendra Modi stanchly defended the Centre’s recent agriculture legislations in Parliament and said that those farmers who wish to continue with the old agriculture marketing system can continue to do so.

Meanwhile, in a statement on Wednesday, the Samyukta Kisan Morcha (SKM), an umbrella organisation of various farm unions, announced that toll collection will not be allowed in Rajasthan from February 12.

"There will also be a rail roko (railway blockade) across the country from 12 pm to 4 pm on February 18," the SMK statement read.

Earlier this month, protesting unions had observed a three-hour road blockade to press their demand seeking repeal of the contested farm laws.

Thousands of farmers have been protesting against the three laws which were enacted in September last year. The protesters have alleged that the laws will weaken the MSP mechanism and end the mandi system.

But the government says the new legislations offer more options to farmers to sell their crops, and will help raise their incomes.