Unlike government and subsidy driven campaign in India, it was a community led initiative in Bangladesh. No subsidy was given by the Government to build toilets. 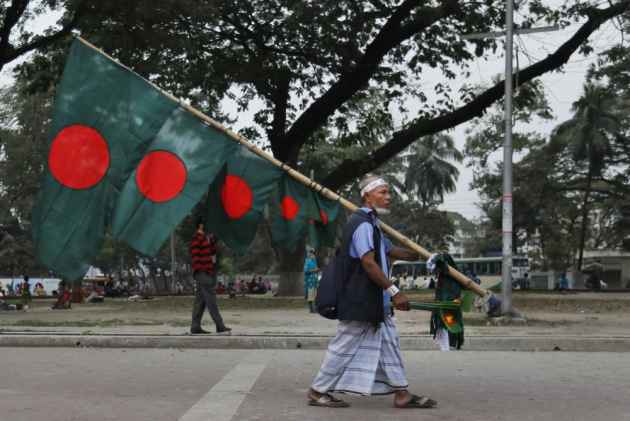 Loo Lessons from the neighbour

Being the in-house weirdo pitching stories on the loo, I was sent to Dhaka to attend an international conclave on 'South Asia Beyond Toilets'. It was my very first visit. The mood at Pan Pacific Sonargaon was celebratory as Bangladesh claims to have become 'Open Defecation Free' in just about 10 years.

When the Indian Prime Minister visited Bangladesh last year, recalled Dr Khairul Islam, some members of his entourage wanted to know how Bangladesh did it. The question had stumped them, admitted Dr Islam, because they had not given it much thought earlier. But it spurred them into addressing the issue and compile a report which was handed over to India in November. Unlike government and subsidy driven campaign in India, it was a community led initiative in Bangladesh. And no subsidy was given by the Government to build toilets. But the lessons are largely lost on us. I squirmed to hear an Indian Government official at the conclave declare that with Prime Minister Modi taking personal interest, 'fifty per cent of the problem' had been solved. A country of 1.30 billion people is unable to get over change driven by the 'PM-CM and the DM'.

Foreign Policy magazine had in 2010 included Dr Kamal Kar among the world's top 100 thinkers. The next year the Asian Development Bank declared him to be the Water Man of the Year. But I wasn't familiar with his name or work, partly because he clearly spends much of his time travelling outside India, credited as he is for introducing community led sanitation programmes in 51 countries of Asia, Africa and Latin America.

He grimly pointed out that sanitation was not just about convenience or dignity but that it was about health and productivity as well. India could not afford to fail, he kept repeating and pointed out how open defecation was leading to new and deadly diseases. "Are Indians aware of the virus named after their national capital," he wondered aloud. Well, NDM-1 is a virus supposedly resistant to anti-biotics, a super bug named after India's capital. The Government of India believes it's part of an international conspiracy to deny India its share of 'medical tourism' and defame our 'world class' hospitals. But ever since the virus was detected and named around 2009, it has been reported from over 100 countries. The large number of Dengue cases reported last year from various parts of the country also give credence to the new, deadly strains of virus gaining ground and Dr Kar is convinced that open defecation is the most important cause.

Five members of the popular Kolkata band 'Lakkhichhara' performed at the conclave. They were in the same flight and we had shared the same vehicle to reach the venue. We were also going back to the same hotel for the night but the five members, all young Hindus and Brahmins (barring one) from Kolkata, refused to eat at the five star hotel. They were familiar with Dhaka and directed the driver to a part of Gulshan to pick up what they said was 'out of the world' beef-khichdi and kebabs.

On our way to the venue, the young men had been in splits. They had not sorted out how to sing the 'theme song', they confided before doubling up with another bout of uncontrollable laughter. The lyric, they gasped, had left nothing to the imagination and contained several explicit words for 'shit'. The only way, they agreed, was to censor the words and hope organisers do not notice. In the event, organisers didn't. Lakkhichhara, which has its own website, half a dozen albums and a facebook page, got away singing 'crap' without mentioning the word ! On my return I checked the 'international glossary of shit' and found 250 entries, dozens of them from various Indian languages including Sanskrit.

The young crew member of Biman Bangladesh looked shaken after the gentleman next to my seat bellowed, 'Non-veg, kintu aami beef khai-na' (Non-veg but I don't have beef). He said it with such vehemence that I could not help asking whether he was an Indian. He gave me a cold, disinterested look before turning away without replying. The crew stiffly replied he was offering only 'siken (chicken) sandwich'. The young man handed out oversized packets that contained a 'chicken' sandwich smaller than a cream cracker biscuit and a piece of cake even smaller. My fellow traveller looked disdainful, seemed ready to explode but changed his mind abruptly after glancing at my amused look.

Officially, 88 Indian Rupees can be exchanged for 100 Bangladeshi Taka. Unofficially shops settle for an exchange at par. I had no time to shop, browse for books or taste local delicacies. But the airport luckily had not one but two sweet shops. The international lounge at Kolkata airport in contrast has a Flury's stall but no outlet selling sweets. Cautious, I settled for a measly kilo and got a mouthful on my return from everyone who tasted the 'Nolen Gurer Sondesh'. Genuine stuff, they all agreed.