Cool, I Felt The Earth Shake

The earthquake in Nepal has been trivialised by many in social media — what does it say about our society? 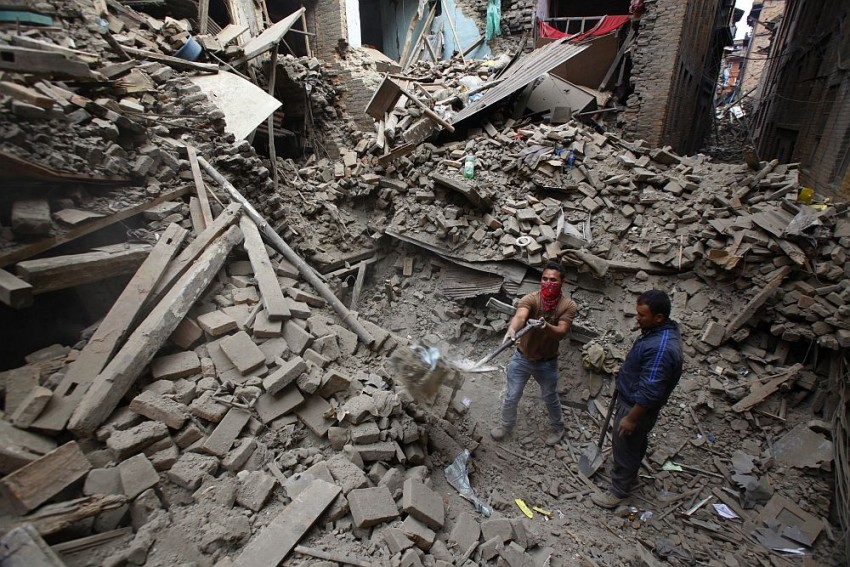 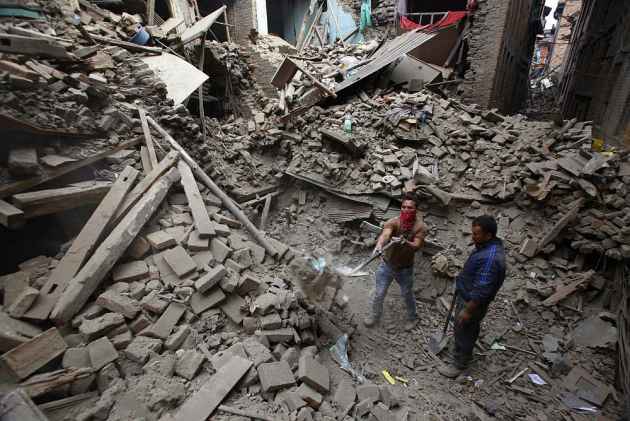 What is more banal? The fact that the Nepal earthquake toll has crossed 4,000 while 'rational' adults on Facebook put updates like "Wow I finally felt an earthquake, it feels amazing?" Or that relief funds have been set up to render help in Nepal, but our tech-savvy uber cool gen-next has been relentlessly marking itself "safe" on social media?

The extent to which the earthquake in Nepal, tremors of which were felt in India, has been trivialised in social media reflects a deep sense of insensitivity. Foretelling the chronicle of a natural disaster has found its way with people forwarding WhatsApp texts predicting (thanks to NASA!) the next earthquake, something scientists take years to understand. Well, the NASA studies the space, not the next movement of tectonic plates.

It does not require an excessively sensitive creature to realise the absurdity of right wing leaders blaming the Nepal tragedy on Rahul Gandhi consuming beef. It certainly does not require the NASA to figure out the travesty in appropriating the lyrics of a Bhojpuri song to make a connection between women putting lipsticks and its direct repercussion on the earth sliding from below.

According to Dr. Madan Mohan Bajaj's theory, which proudly presents itself on the 'Gau Sewa Mission', cow slaughter is the reason for the recent earthquakes in India and Nepal. US self styled pastor Tony Miano humbly requests Nepalis to convert to Christianity and not rebuild their "pagan shrines" in the aftermath of the quake. A gentleman with a twisted sense of humour tweeted "Sorry for the earthquake. I had simply stopped while shooting- Rajnikanth" with a much needed hash tag -#earthquake. Another teenager posted a rhyme on twitter that is far from funny. "Tanmay Bhat sat on a wall, Tanmay Bhatt had a great fall", an evident jibe at comedian Tanmay Bhat's oversized stature. But by linking it to the recent earthquake?

"The most human response to a tragedy like this is shock, or a degree of association to the victims, or perhaps a fear that this could be replicated in their area. A response that deviates from any of this, either distances or moralizes, taking away from the significance of the disaster. For us not to feel the devastation of the earthquake reflects on our lack of empathy, our lack of feeling the painful, the frightening and this is problematic", says Dr. Nilofer Kaul, a leading psychoanalyst practicing in Delhi.

Offended netizens lambasted Lenskart for its campaign in the wake of the disaster. One should wonder where all this outrage and anger dissolved when locals were found chronicling their country's devastation by clicking selfies. "When it happens to us, we can still relate to it through a personal association. But the sense of devastation gets disconnected when it happens somewhere else, creating a distance. Instead of responding with empathy, you become callous," says Madhavi Bhalla, a counseling psychologist.

While Hindutva voices in India over the earthquake in a Hindu Kingdom have created some absurdity, Catholic missionaries are no less — attributing the Nepal disaster to the nation not being a Catholic country! "#Nepal earthquakes are recorded in the Bible as a sign of Jesus' second coming", tweets Jacob Turner. As if this wasn't enough, a devout Christian Chip Atkinson asks for the global community to "Pray for Nepal! People are perishing without Christ." Such communal rhetoric being played up in the context of a disaster is not merely absurd, but also shocking.

Telecom and IT Minister Ravi Shankar Prasad has publicly appealed for a responsible response to the tragedy, urging people to not spread rumours on social media. "Such texts create a problem that in a country like India can have several intended or unintended consequences. There are legal provisions in place for this, however this is emerging as an issue that comes with the phenomena of instant messaging on a large scale. It may be too early to talk about regulation but there has to be a way to keep such rumours under close observation," observes Mahesh Uppal, telecom analyst and director at ComFirst India.

Clearly, it's not funny that the moon being upside down has been claimed as the reason for a disaster that has left thousands to perish. It's not funny that clerics are validating the might of their religion in the face of an earthquake. And it's definitely not funny that we are not concerned with our levels of insensitivity. What is amusing is that people have better things to do: like clicking a group selfie somewhere.

Chai It, It's Indian