Production version could be named Kia Trailster or Kia Tusker 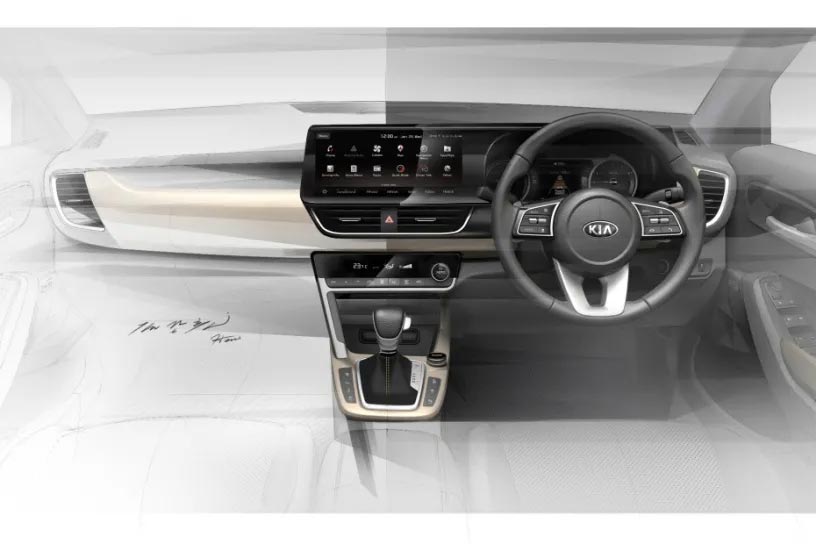 After revealing the official exterior sketches of its first offering for the Indian market in mid-May, Kia has now released interior sketches of the upcoming compact SUV. Codenamed SP2i, the SUV is likely to be named Trailster or Tusker and will be unveiled on 20 June. The trial production of the SP2i started at Kia’s plant in Anantapur, Andhra Pradesh in January 2019. 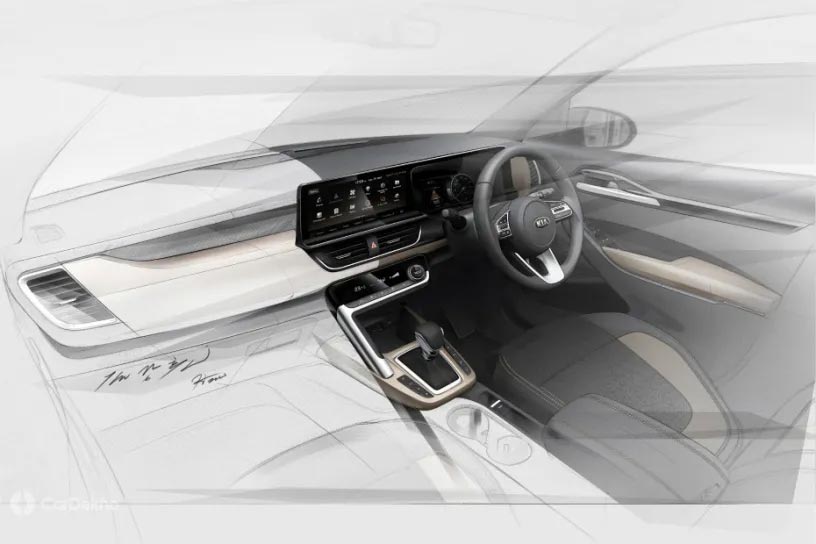 The sketches reveal that the series production SUV will have an identical layout as the SP Concept (pictured below), which made its world debut at the 2018 Auto Expo. But the sketches suggest a dual-tone black and beige cabin, and not an all-black cabin that recent spy images suggest. 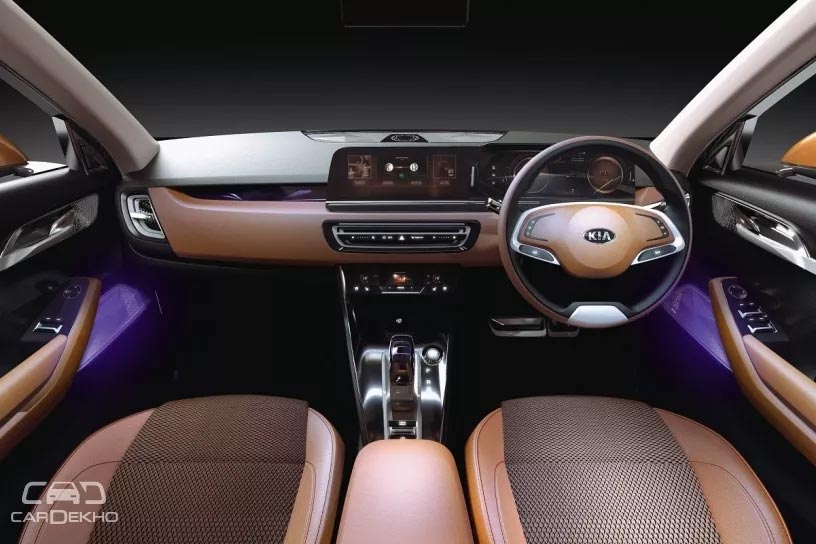 The instrument cluster and infotainment system appear floating, much like Mercedes’ newer offerings. The infotainment system has a whopping 10.25-inch screen, making it the largest in the segment. As of now, Nissan Kicks offers the largest screen in the segment measuring 8-inch. The 2020 Kia Soul compact SUV also comes with a 10.25-inch unit and it also gets a split screen functionality, which we now expect on the SP2i as well. Hyundai Venue’s connected tech is likely to make its way into the SP2i as well. 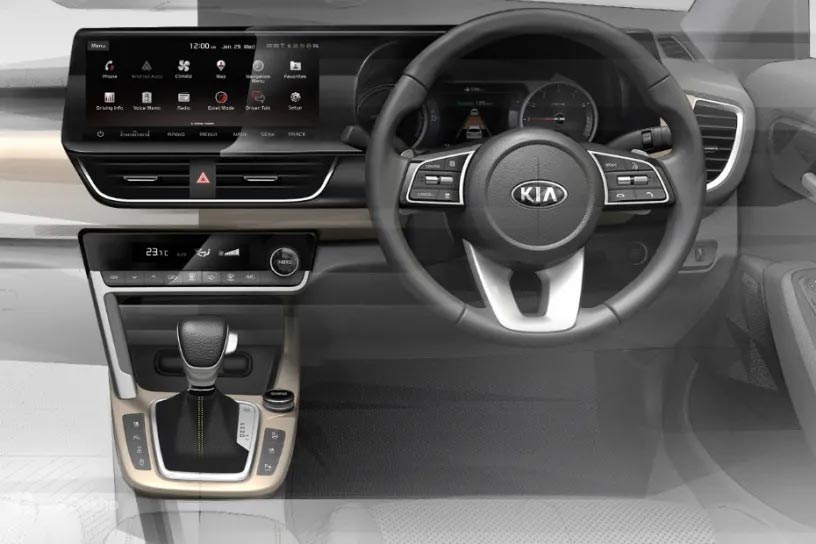 The SUV will also come with Kia’s mood lighting and what appears to be either an Infinity audio system or a Harman Kardon unit. Kia’s several global offerings already come with ambient lighting with music sync capabilities. There’s a knob on the central console to switch between various lighting modes. The instrument cluster features a colour screen that appears to be a 7-inch unit. 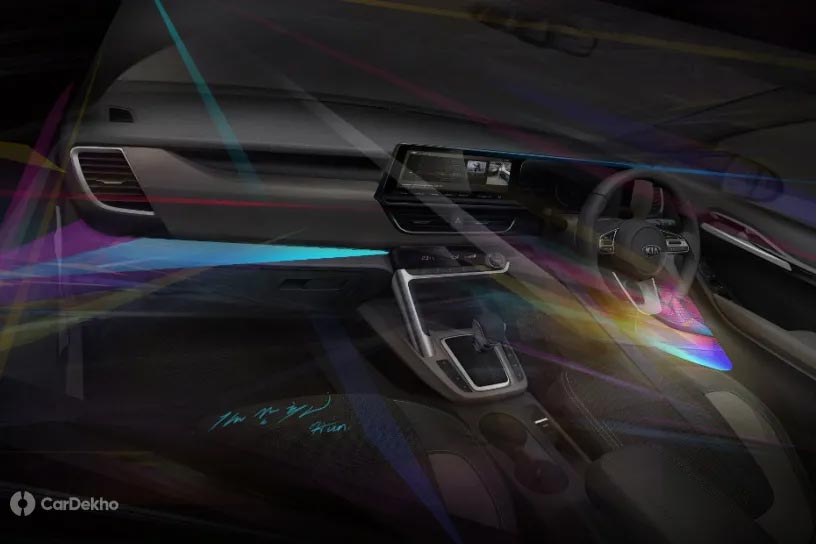 It is likely to come with features such as auto climate control, paddle shifters, electric park brake, head-up display, leather upholstery with ventilated front seats and start-stop button as per the sketches. Apart from these, the sketches also hint that the SUV will have goodies such as adaptive cruise control, heated steering wheel, hill descent control, four-wheel drive among others. However, it remains to be seen which set of features will make into production.

Kia has confirmed that the SP2i will be priced between Rs 10 lakh and Rs 16 lakh. Under the hood, it is expected to come with a set of 1.5-litre BS6 petrol and diesel engines with automatic transmission option instead of the 1.4-litre and 1.6-litre units seen on its Hyundai sibling, the Creta. Once launched, the Kia SP2i will take on the likes of the Maruti S-Cross, Hyundai Creta, Nissan Kicks, Renault Captur and the Duster.