Why was there such consternation among the British ruling elite as they pontificated between gritted teeth about what the damn electorate has served up? 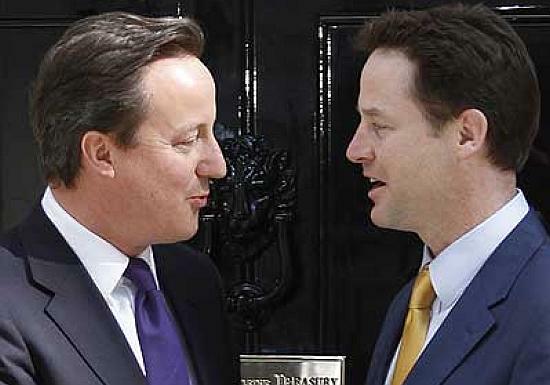 Funny thing happened to me on the way to the polling station.

A producer for a well-known television company rings to discuss a possible spot on a high-profile election night comedy special. But sadly it is not my legendary comedic talent she is after. Instead, my role would be to leaven the hilarity with some ponderous observations about how the British elections looked to the world beyond the West.

Fair enough, except it turns out, she has also considerately worked out what I am to say. The comedians would be satirising politics and politicians, ripping apart the elections and the ructions, while my job is to drive a joyless spoke into the wheel of satire. My lines are read to me: ‘Yes, yes, I know, guys, these politicians have had their expense scandals and their duck houses and they aren’t perfect, but let’s face it. Compared to the rest of the world, Britain and its politics isn’t so bad. Frankly, it’s quite benign.’

Sadly, I had to decline.

Squalid as it is, this anecdote is instructive (apart from enlightening the odd person who might still believe that anything on television is spontaneous). The scripted self-congratulation against which my limited performing abilities fell short is itself a symptom of our stage-managed times. A narcissistic complacency about British democracy was also more spontaneously evident in the immediate aftermath of the election. Prominent commentators like the patrician David Dimbleby, who led the flagship election night programme, denounced the unpreparedness of the polling booths for 'large numbers' of voters as a failure of unacceptably 'Third World' proportions.

True, there’s little excuse for not coping with a 65 percent turnout in a population of some tens of millions. But think of the exponential millions that countries like India, Malaysia, Bangladesh, and Ghana deal with and yet somehow manage to turn into functioning electorates. The Times carried a shock story citing African election observers (imagine that—the world turned upside down indeed) tut-tutting about how ballot security was ‘worse than Kenya.’ The Mother of Parliamentary democracies could not be allowed to dwindle to the level of the countries she taught to emulate her great parliamentary ways, often through distinctly undemocratic methods.

And yet, to have a democratic system is not the same as having a mature democracy or one that is equipped to face the challenges of a complex and diverse society. No sooner than the electorate pushes the system to take a few miniscule steps beyond a rather basic and limited two-party spectrum (to include a third, hardly spectrum-altering option) do the media, markets and pundits go berserk with anxiety and fear-mongering about unseemly chaos. But, of course, across the ‘Third World,’ in the many places where civil wars and dictatorships are not the only legacies of imperialism, postcolonial nations have not merely gratefully accepted a parliamentary system but, in fact, made democracy their own, taking it well beyond the limited franchise envisaged by colonial administrators.

India, for instance, gave itself a written constitution within three years of Independence, one that for all its flaws, provided universal franchise for a diverse country, core egalitarian principles as well as representation for hitherto marginalised groups. More recently, there has been a controversial move to ensure compulsory reservations for women candidates accompanied by necessary debates about its advantages and limits. Coalitions are not at all unusual but they are accompanied by fierce debates about principles and positions.

Faced with the hung parliament they frantically warned against, why was there such consternation among the British ruling elite as they pontificated between gritted teeth about what the damn electorate has served up? Is it really the possibility of working with each other? Events show that there is no difference that isn’t insurmountable through a few Cabinet posts, no principle so mighty that it can’t be ditched for a shot at power. Perhaps what really rankles and unnerves is the inescapable conclusion that the time has come for British democracy itself to grow up, that it has failed to deliver all these years on the promise of real participation and meaningful alternatives. What has clearly come into view is the paternalism that has marked the limited choices offered to the electorate. I speculate here, but perhaps what large sections of the electorate are ‘really’ saying is that they want more, not from this or that party alone, but from democracy itself.

As an unprincipled Liberal-Tory coalition emerges from this election, progressive forces must undertake the challenge of demanding more from British democracy. It is time to open out, enrich and multiply spaces of opposition and dissent, to transform the inchoate discontent with politics and politicians into real pressures on the system. This will take enormous hard work, organisation and real coalition-building across progressive forces. But if a moment was ever both challenging and propitious for the emergence of an energised left, it is now.

Priyamvada Gopal teaches in the Faculty of English at the University of Cambridge. She writes political and cultural comment for the Guardian and is the author of The Indian English Novel: Nation, History and Narration. This piece was originally written for the New Left Project